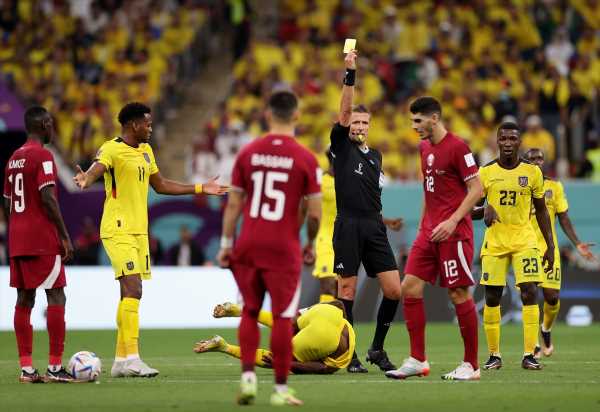 Football is The Beautiful Game. For its visual greatness. For the magic of its unpredictability. For the people it brings together.

Yet in those thrilling 90 minutes its participants — players, coaches, umpires, fans — each have their own set of trials and tribulations.

So much about life is learned in those encounters too.

1. On The Field We Are Nothing But Equals

2. Even The Best Have A Bad Day Superstar Cristiano Ronaldo left the field in tears when Portugal was knocked out of the World Cup by Morocco.

It could be the likely final appearance in a World Cup by one of the finest footballers the world has seen this century.

Ronaldo came on as a substitute early in the second half of the Morocco-Portugal match. After receiving the captain’s armband from Pepe, he rushed onto the field and started cheering on his team-mates.

The star player helped increase the intensity of the Portugal attack that had struggled to get past the well-organised Moroccan defense.

He set up a shot in the dying minutes of the game, but his team-mate’s strike was saved. Ronaldo’s last-gasp shot in stoppage time was also saved.

3. Celebrate Your Achievements As They Come Along

Be grateful for and celebrate everything life doles out to you, even the small stuff, just like the twinkled-toed Brazilian footballers did.

Every goal was applauded by them with as much passion as victory.

When the Samba boys had fun, it was impossible for the rest of the world not to join.

‘(The dancing) shows — not just that we are happy — but the whole country is happy for us now at the World Cup,’ explained Brazil winger Vinicius Jr.

Vinicius told a critic, who found their dance celebration disrespectful, ‘Hopefully, we still have a lot of goals to celebrate, to keep dancing, playing well and reaching the final with this rhythm.’

‘Of course, people always like to complain when they see others happy. But Brazilian people are always very happy, so we will always look to positively affect others. Hopefully, we can continue to express our joy. There are more people supporting us than are against us’. England footballer Raheem Sterling was not placed under any pressure by England Manager Gareth Southgate when he decided to leave Qatar during the touurnament to head home after a robbery at his Surrey residence, where watches worth £ 300,000 were stolen.

‘Sometimes football isn’t the most important thing’, Southgate explained and said Sterling would be allowed ‘as much time as he needs’ to deal with a situation which had left him shaken and concerned for his partner Paige Milian and their three small children.

Sterling returned to Qatar for the all-important quarterfinal after security was improved at his villa, but alas had to fly back home after France knocked England out of the competition.

5. Despite Differences, Two Can Be A Strong Team Richarlison and Neymar are similar in that they both prefer to be known mononymously. They are totally different when it comes to their political beliefs.

Neymar even sang a jingle in support of Bolsonaro and promised to dedicate a goal to Bolsonaro who lost the election to Lula in October.

Despite their dissimilar political stands, Richarlison insists that Neymar ‘is a likeable guy’.

‘He’s someone I admire a lot, a real idol for me. On the pitch, it’s wonderful to play with him because he’s always there to put us in a clear goal situation’.

‘I admire him so much. Whether you like it or not, Neymar is an ace, a standout player, so we do everything to make him feel good’.

6. A Beautiful Slice Of Humanity No one on the field felt the shock of Brazil’s exit harder than Neymar who was visibly heartbroken after his country’s shocking loss to Croatia.

It was a rough end for the pre-tournament favourites, and the emotion of the moment left Neymar crying as his team-mates tried to console him. As Croatia celebrated, Neymar grappled with despair.

Leonardo, Croatian star player Ivan Perisic’s son, ran onto the field to offer Neymar comfort. The boy was initially stopped by security, but was let through by Neymar for a handshake and a hug.

The moment, captured on video and in photographs, was praised by football fans around the globe. (This is) ‘what football is all about’ one fan tweeted while others described it as a ‘beautiful slice of humanity’.

Qatar is hosting the FIFA World Cup 2022 amidst a barrage of protests from players and supporters over LGBTQ rights, human rights violations and other worrying issues.

Nine nations planned to wear the rainbow OneLove symbol on their kits to promote diversity and inclusion.

They could not. FIFA warned them that wearing the Rainbow OneLove symbol on their kits would incur a yellow card.

German players made their displeasure known in a mouth-covered ‘FIFA is silencing us’ team photo-op, ahead of their 2-1 defeat against Japan.

8. Get Someone Like Morocco’s 12th Man In Your Life

FIFA felt Moroccan fans have played a vital role in their national team’s victories during the 2022 Qatar World Cup, calling the spectators the ’12th Man’ in the Atlas Lions team.

Moroccan football enthusiaists literally carried their team from round one to the knockouts.

When the players began tiring against Spain, since they haven’t played the kind of fast-paced football that happens in the last 15-20 minutes of a World Cup game, the passionate fans brought the stadium down with their noise and kept the players’s motivation high.

They sang tirelessly, pushing behind their favourites.

And against Portugal in the quarterfinal, they whistled at every Portuguese touch of the ball and encouraged every Moroccan attack as if it was the final decisive moment.

As they face world champions France, the Morocco — the first African and first Arab country to reach a World Cup semifinal — Cameroon (1990), Senegal (2002) and Ghana (2010) made it to the quarterfinals — they will have not just an entire nation behind them, but millions of fans throughout the Arab and African worlds.

9 When You Punch Above Your Weight Argentina suffered a shock defeat at the hands of Saudi Arabia. Germany, too, were caught on the wrong foot against fleet-footed Japan and went down in their opening match.

Iran came back strongly to triumph over Wales. And South Korea held Uruguay to a goalless draw.

Instead of being the whipping boys for European and South American teams, the Asian and African teams held their head high and made history in Qatar.

Many fans were angry that the World Cup was taking place in Qatar where the sale of alcohol is highly restricted.

But for some women fans, it has led to a safer experience at the tournament.

A lack of alcohol has probably contributed to less hooliganism at stadiums in Qatar.

11. Pulling Off One Upset Ain’t Enough Morocco and Japan upset the odds to top their groups. Notice that both of them needed more than one shock result to do it. Japan authored identical comebacks from a goal down to beat both Germany and Spain 2-1 to progress.

Morocco had already taken the scalps of Belgium and Spain in this tournament, but the wins over Spain and Portugal are of much greater significance.

But one shock is not enough, as Saudi Arabia proved. They could not capitalise on their stunning opening win against Argentina.

Though it will still rank as one of the greatest World Cup shocks, and the Saudis got a national holiday out of it, Argentina ended up top of the group and in the last 16, and Saudi Arabia did not.

In life, if you don’t take luck for granted and put in hard work too, the world is yours to conquer. 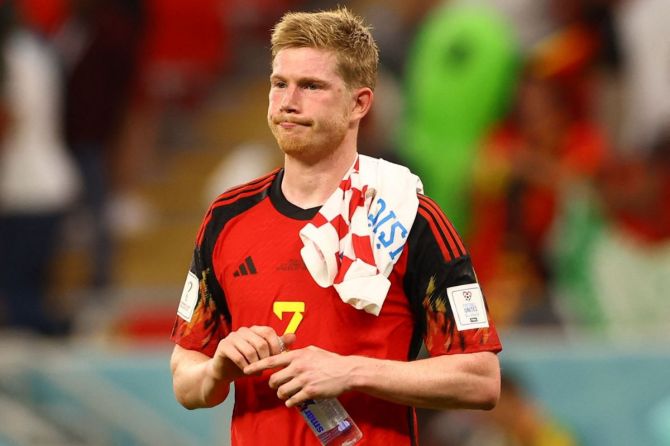 Germany, Belgium, Denmark and Wales all went into the tournament confident of progressing to the knockout stages.

All of them turned in a series of lukewarm performances against surprisingly stalwart teams from Africa and Asia. Fourteen of Morocco’s 26-man squad were born outside the country, more than any other team at the World Cup 2022, providing an eclectic mix of players from growing migrant communities across Europe who have helped them break new ground.

Morocco’s Goalkeeper Yassine Bounou, who blocked Spain in the penalty shootout, was born in Montreal and plays for Sevilla FC in Spain.

Achraf Hakimi, who sealed Spain’s ouster and plays for Paris Saint-Germain in the French League, was born in Madrid.

It’s not just the case with Morocco — Swiss striker Xherdan Shaqiri, also known as the Alpine Messi, is of Kosovar Albanian origin. His mate on the forward line, Breel Embolo, was born in Cameroon.

Portuguese keeper Diogo Costa was born in Switzerland; his mates Pepe in Brazil and Raphael Guerreiro in France.

The most startling instance, of course, are brothers Inaki and Nico Williams. Inaki plays for Ghana where their parents were born; Nico for Spain where the brothers were born and raised.

Football is breaking down barriers so we achieve a borderless world.