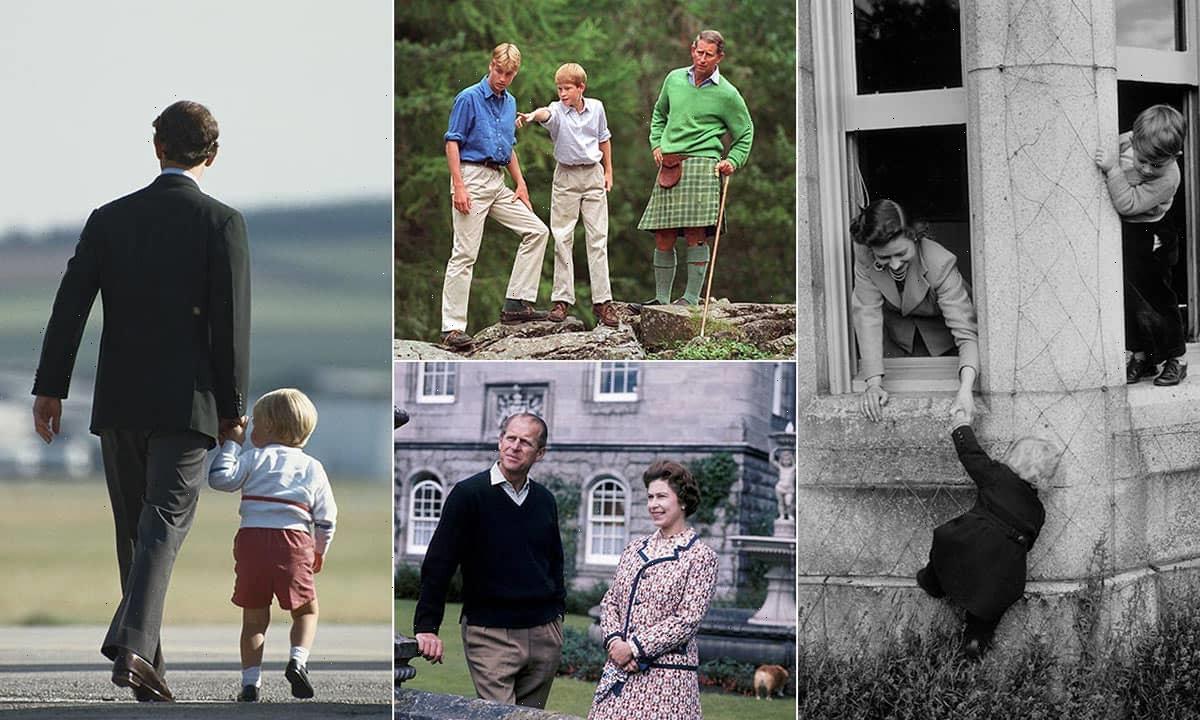 The Queen has been enjoying the summer months in Scotland at one of her favourite residences, Balmoral Castle. The place is extremely special to the monarch, and it’s where members of the royal family can feel relaxed away from the public gaze.

MORE: Has Meghan Markle ever stayed with the Queen at Balmoral?

It’s been a royal tradition for a number of decades for the royal family to spend the holidays there since Queen Victoria acquired the estate, and Her Majesty has followed suit, visiting as a young Princess, a young mother and then as a monarch.

WATCH: The Queen and her family play with dogs on grounds of Balmoral Castle

In previous years, many other members of the royal family have accompanied the Queen and her late husband Prince Philip at the Scottish estate throughout the summer. Located in Royal Deeside in Aberdeenshire, the royal family have enjoyed fishing, long country walks, and the beautiful mountainous views it has to offer.

Along the way, many fascinating and insightful photographs have been taken on the grounds of the estate of the Queen and her children, grandchildren, great-grandchildren and, of course, her beloved corgis. Take a look through the gallery to see some of the best photos from the Scottish residence…

The Cambridges join the Queen at Balmoral 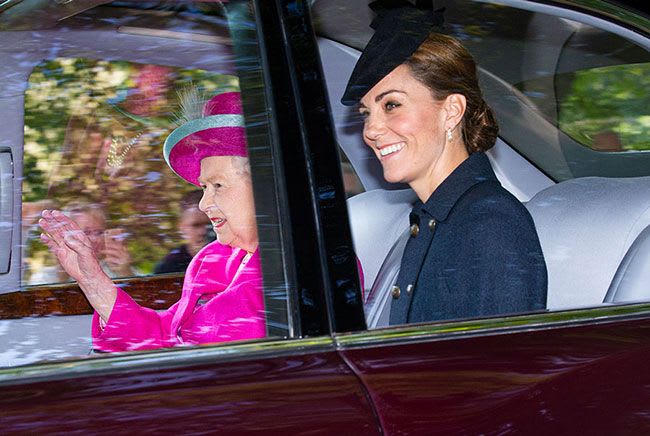 The Duke and Duchess of Cambridge were pictured arriving at the Sunday church service in Balmoral with the Queen in August 2019. Kate, dressed in a navy outfit, waved to the waiting photographers as she accompanied Her Majesty in the back of the car.

MORE: The Queen takes great-grandchildren for a special picnic during summer holiday

MORE: The Countess of Wessex reveals Prince Edward’s skill and it’d come in handy at Balmoral

The Earl and Countess of Wessex joined the Queen and the Duke of Edinburgh at a garden party at Balmoral Castle in 2012, with Prince Edward and Prince Philip both donning tartan kilts for the occasion.

The Queen and Prince Philip relaxing 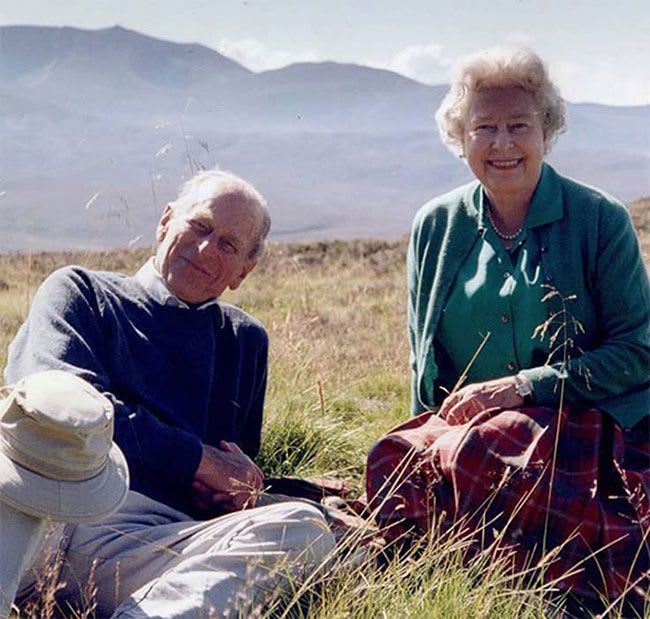 The Countess of Wessex took this informal snap of the Queen and the Duke of Edinburgh relaxing together as they enjoyed the scenery at the Coyles of Muick in 2003. The previously unseen snap was released by Buckingham Palace ahead of Prince Philip’s funeral in April 2021.

The Cambridges enjoy a family holiday 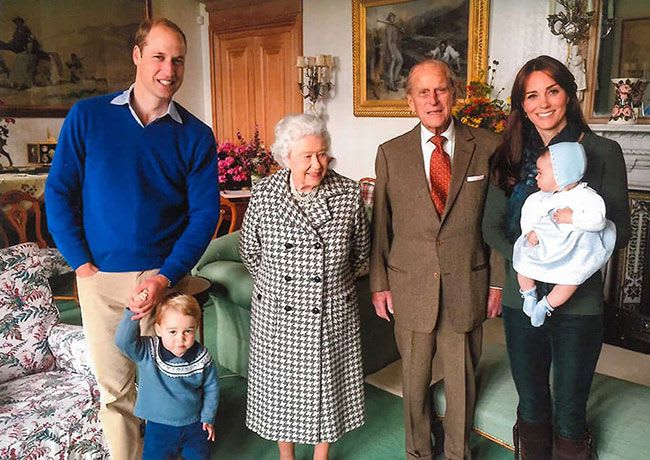 The Duke and Duchess of Cambridge are pictured with the Queen and Prince Philip at Balmoral in 2015, when Princess Charlotte was just a few months old. The photo was shared by William and Kate to pay tribute to the late Duke after his passing in April 2021.

MORE: How the Queen really pays for her idyllic Scottish summer home

The Queen and Prince Philip with their great-grandchildren 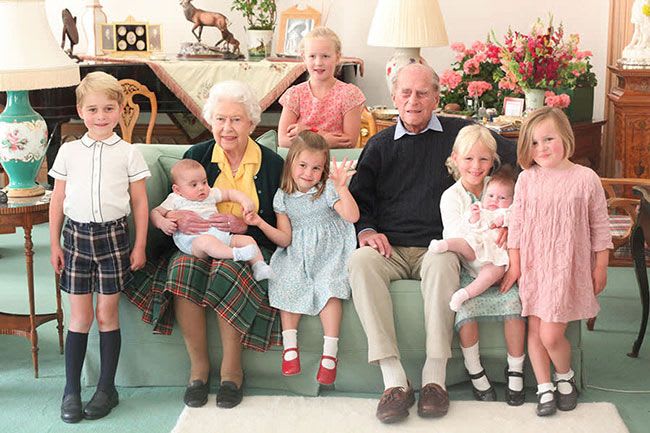 A rare photo of the Queen and the Duke of Edinburgh with seven of their great-grandchildren taken at Balmoral in 2018. The monarch is holding Prince Louis, who was just a few months old, with his siblings, Prince George and Princess Charlotte, standing either side of their great-grandmother. Peter Phillips’ daughters Savannah and Isla are close to their great-grandfather and at the other end of the sofa are Zara and Mike Tindall’s children Lena, held by her cousin Isla, and his daughter Mia. 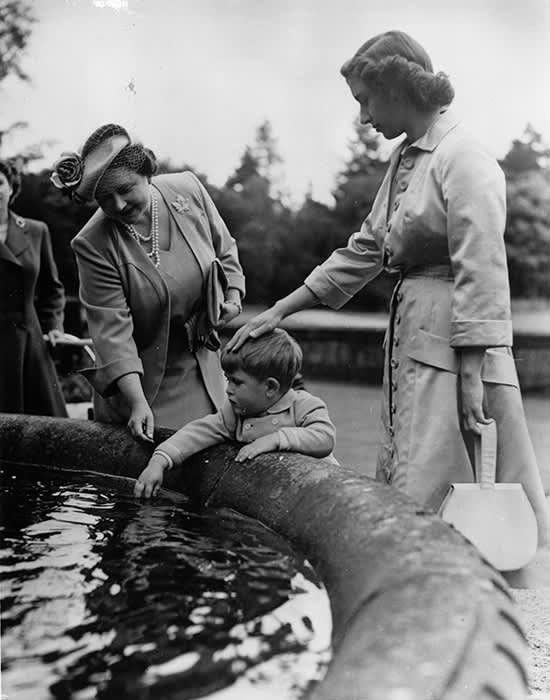 Balmoral has always been a residence which brings the royals together to spend quality time as a family. The idyllic and picturesque gardens have provided a wonderful place in particular for the royal children. Here, a young Prince Charles dips his hands into one of the fountains as his beloved grandmother, the Queen Mother, looks on with his aunt, Princess Margaret, who was then celebrating her 21st birthday. 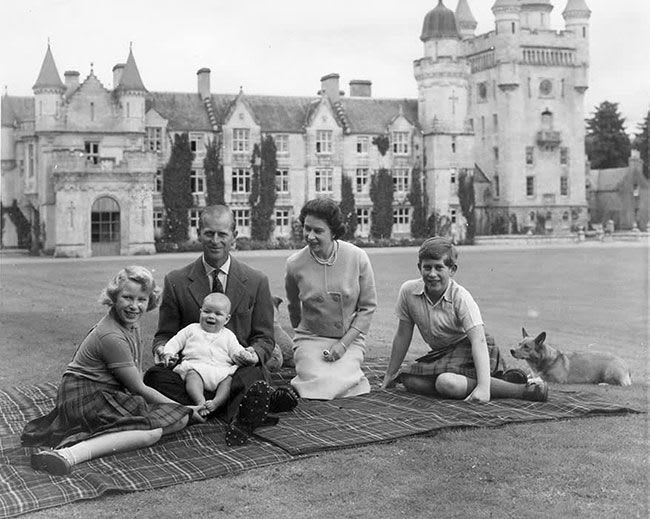 The Queen and Prince Philip enjoyed spending time at Balmoral as a growing family over the years. In this picture, taken in 1960, the then family-of-five are gathered on a picnic blanket in the castle gardens with a young Prince Charles, Princess Anne and a seven-month-old Prince Andrew.

The Queen and Philip take a trip to the farm 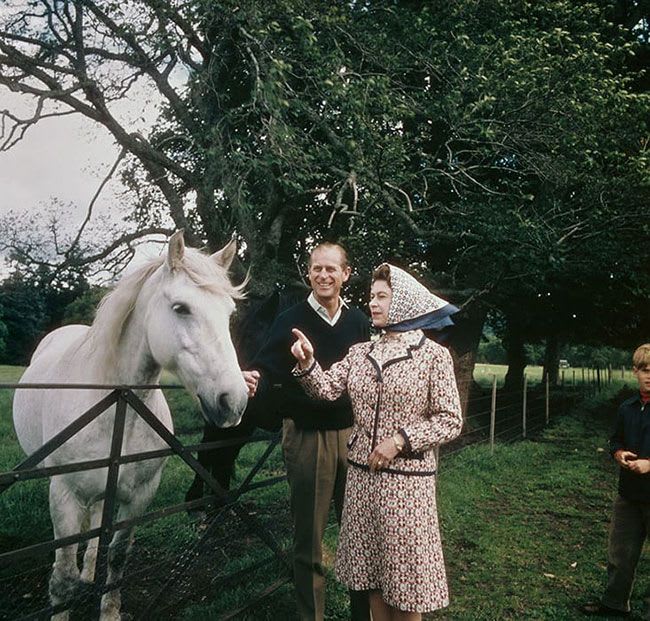 The Queen is a keen equestrian and still rides to this day. It’s no wonder, therefore, that when she holidays on the Scottish estate, a trip to the stables is always on the itinerary. This picture shows the Queen and Prince Philip’s playful side as they visit a farm on the estate. The couple were that year (1972) celebrating their silver wedding anniversary.

The Queen with a young Prince Charles and Princess Anne 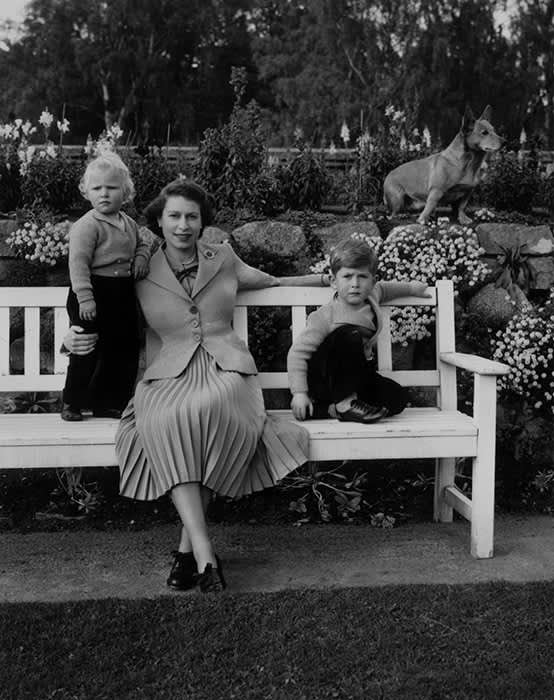 As a mother-of-two, Balmoral afforded the Queen a place to spend quality time with her young children. In a picture from 1952 that shows Her Majesty as a relaxed and caring mother, a young Princess Anne and Prince Charles sit next to their mother in the gardens of the castle, with a watchful corgi taking place above them.

The Queen and Prince Philip inside the residence 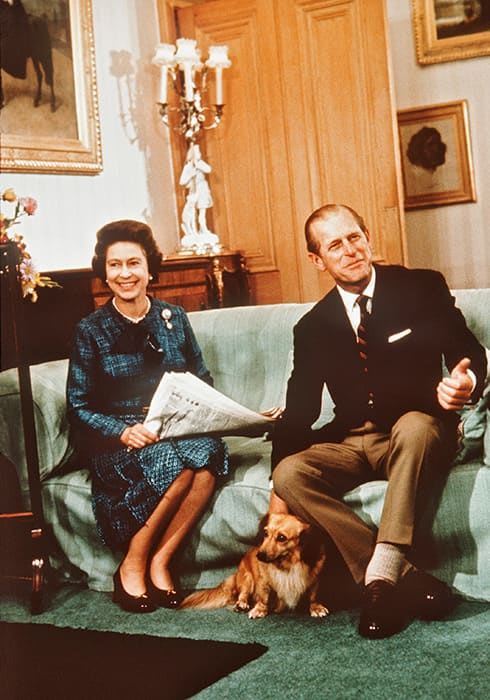 As well as enjoying the great outdoors, the royals spend time in the many historic drawing rooms in the castle. Here, in this image from 1975, the Queen and Philip relax with newspapers and a corgi nestled by their feet. 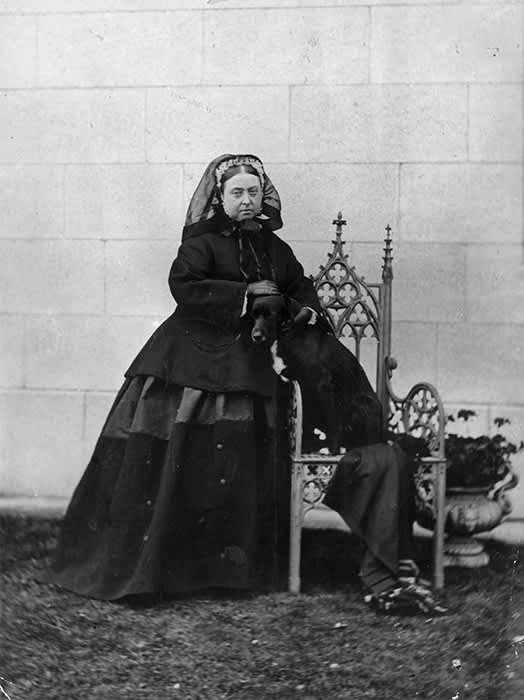 Prince Philip is seen sharing a joke with his sons, Prince Edward and Prince Andrew, at an event in Balmoral, Scotland as guards and members of the public look on. The image was taken in 1983, and proves that Prince Harry was not the first royal to sport facial hair! 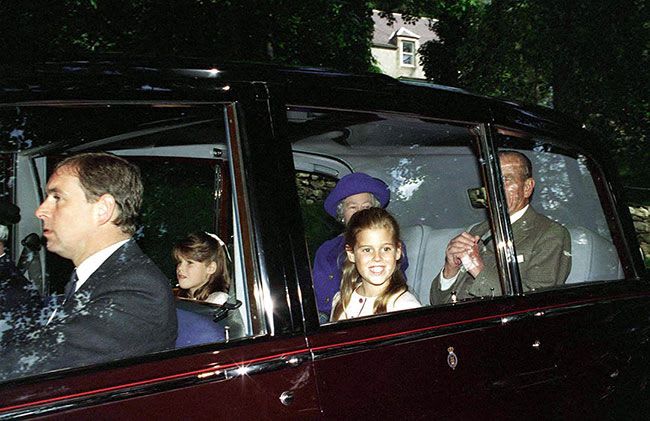 As well as spending time together when they visit Balmoral, the royals attend church every Sunday as a family. This photograph shows young Princesses Beatrice and Eugenie in the car with their father, Prince Andrew, and grandparents, the Queen and Prince Philip, on their way to Sunday service at Crathie Church.

The Queen and corgis 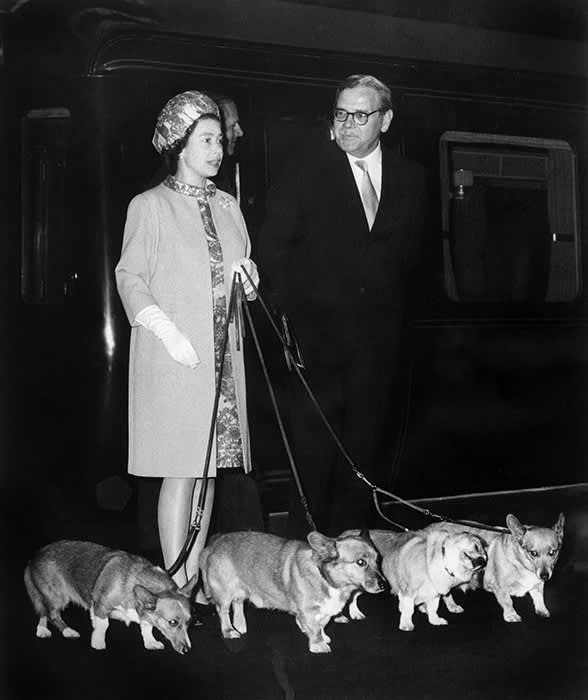 Whether the Queen is travelling by plane or by train, her beloved corgis are always in tow. In 1969, the Queen alights the train with her four corgis on her return from the summer holidays at Balmoral. That same year, the Queen welcomed to Buckingham Palace the astronauts of Apollo 11, shortly after they walked on the moon. 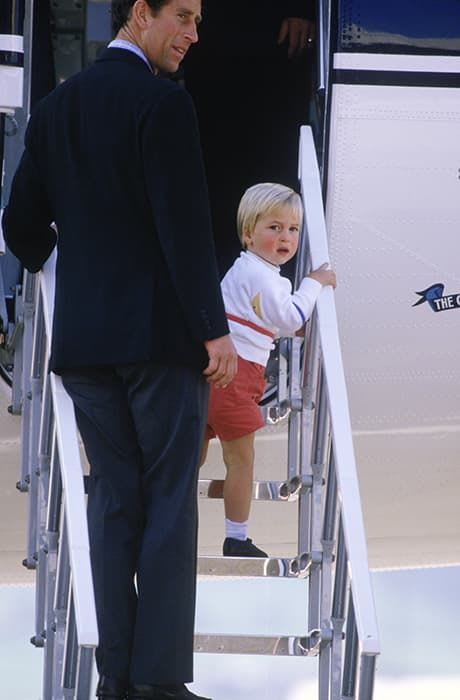 It’s not just the Queen and her children who have been visiting the Scottish estate since they were children. Here, her young grandson Prince William climbs aboard the Queen’s plane at Aberdeen airport after spending the summer there with his father, the Prince of Wales in 1984.

The Duke and Duchess of Cornwall 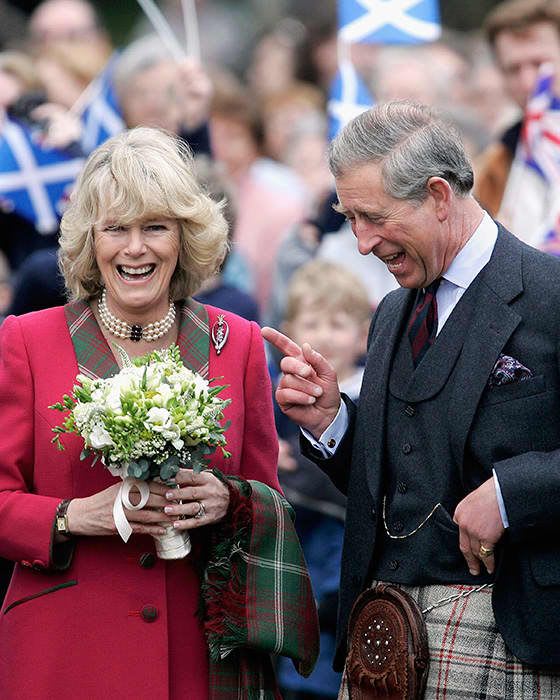 In more recent years, Prince Charles and Camilla have paid regular visits to the Balmoral residence. In 2005, the newlyweds spent their first joint engagement as the Duke and Duchess of Rothesay (as they are known in Scotland) there, and also enjoyed their honeymoon at the Scottish estate. 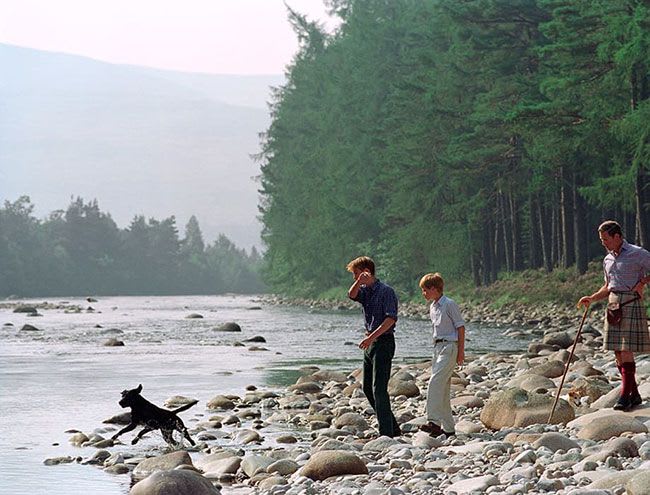 As young Princes, William and Harry have spent many summers in the picturesque Scottish estate with their father the Prince of Wales. In this photograph, taken in the summer of 1997, Prince Charles and his two sons enjoy a walk in Polvier, by the River Dee, with Prince Charles’ Jack Russell dog, Tigga. 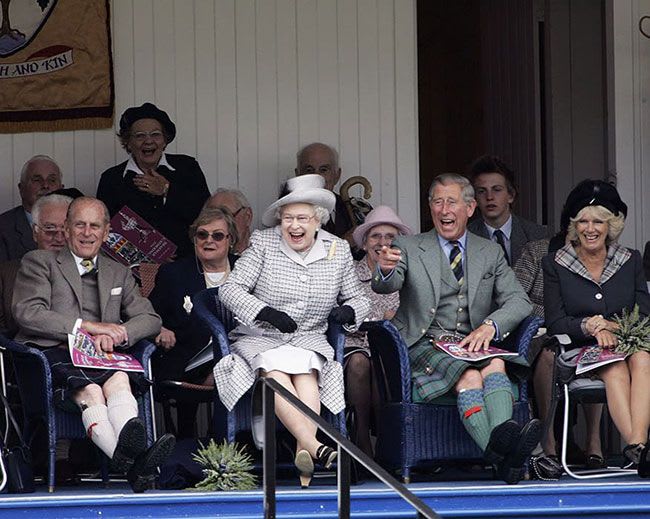 The royals also often attend sporting events during the summer holidays at Balmoral. Here, the Queen, Prince Philip, and Prince Charles and Camilla laugh together while watching the Braemar Games Highland gathering, as their Balmoral team took part in a tug of war competition in 2006.

Diana, Princess of Wales, with a young Prince William and Prince Harry

Prince William and Prince Harry donned many a matching outfit as young children, and this trip to Balmoral in 1986 was no different. The young Princes disembark the Queen’s plane at Aberdeen airport with their mother, the Princess of Wales.