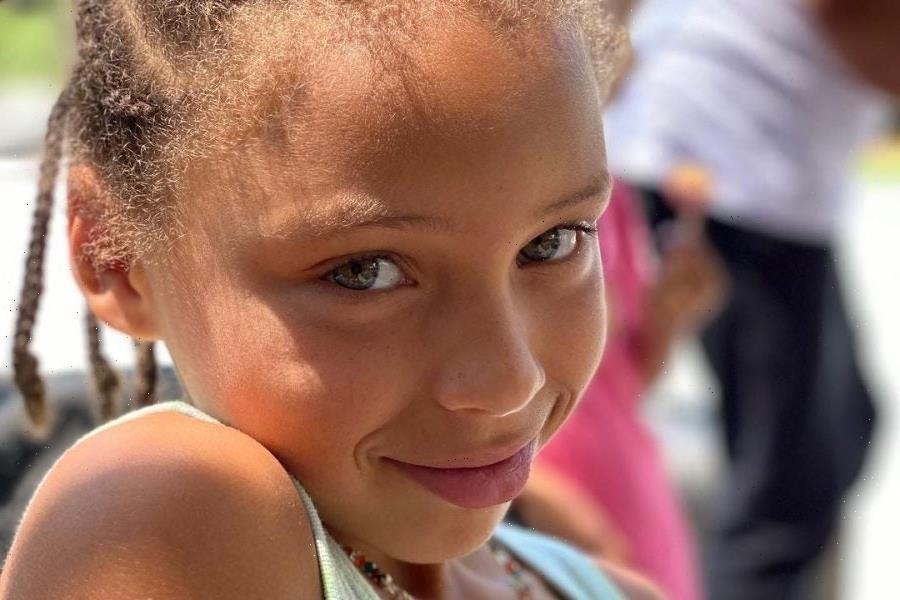 At nine years old, the most I could cook was scrambled eggs. But for nine-year-old Riley Curry, daughter of NBA star Stephen Curry and wife Ayesha, she’s already making dinner for her family. We’re impressed.

Earlier this week, Ayesha captured video for her Instagram Stories of her oldest child putting on her chef’s hat, handling dinner. It was a pretty complex recipe she had planned.

“I’m making a chicken piccata with mashed potatoes and honey roasted carrots,” she said confidently while making her way around the kitchen.

Riley floured and fried the chicken all by herself (she also threw some halibut in the oil) while Ayesha filmed. And when mama told her things were “looking good,” she replied, “I learned from the best!” The young foodie smiled as she said “I’m so happy” with her finished spread., pouring sparkling wine in fancy glasses for everyone.

It’s not a huge shocker that she would already know her way around the kitchen. Ayesha, of course, is a cookbook author and behind multiple locations around the country of the restaurant International Smoke. She released a cooking line and is known for the meals she makes for her brood. The family has been creating dishes in the kitchen together for years.

“[The] biggest message that I have is get in the kitchen, cook with your family—no matter what your family looks like, who they are, your friends, whoever,” she told Parade in 2019. “It’s the perfect setting to build a great family foundation and relationship.”

And it’s clearly had a big influence on Riley. Can’t wait to see what the eldest Curry kid cooks up next!