Adrienne Bailon is now known as one of the co-hosts of the long-running talk show The Real. However, Bailon had a long extensive career long before she was weighing in on hot topics. Bailon came to fame in the early 2000s in the hit girl group 3LW. From there, she was cast in the hit Disney Channel movies, The Cheetah Girls.

The songstress/actor and host also had a high-profile relationship with Rob Kardashian and even appeared on some of the earlier episodes of Keeping Up With the Kardashians. Even after she and Kardashian went their separate ways, Bailon remained close to Khloé Kardashian and was even in her 2009 wedding to Lamar Odom.

Unfortunately, because of Bailon’s time with Rob, The Real host is still being associated with the KarJenners and she is tired of it. 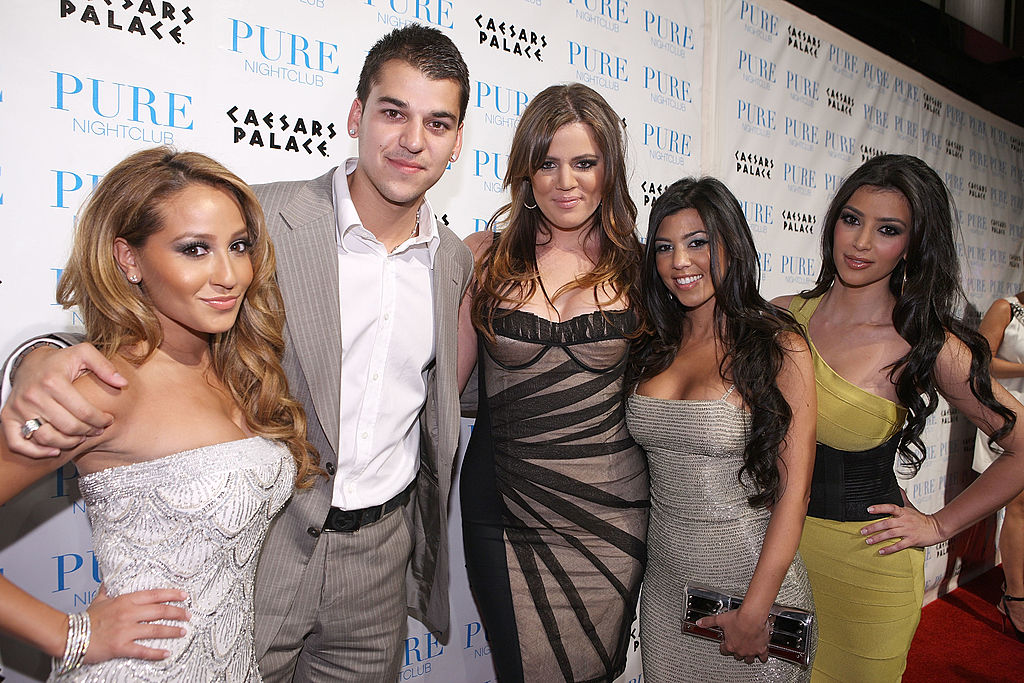 Bailon and Kardashian were hot and heavy from 2007 to 2009. Though the couple was adorable on KUWTK, constant fighting plagued their relationship. Eventually, Bailon ended things after discovering that Kardashian had cheated on her.

Now, considering Kardashian’s mental health and wellness struggles, and his tumultuous relationship with his daughter’s mom, Blac Chyna, fans believe that things might have panned out differently if he’d never cheated on Bailon.

“I loved Rob and Adrienne!!” one fan said on Reddit. “I always wonder how different Rob’s life could’ve been if they were still together.” For her part, Bailon has been happily married to musician Israel Houghton since 2016.

my recommendation is that you create a private life – strong in ethics, rich in marvelous beauty, and unyielding when it comes to the protection of your inner peace. This, my friends, is how you soar with the angels & walk along side God.

RELATED: Does Adrienne Bailon Regret Her Relationship With Rob Kardashian?

The Kardashians and Adrianne Bailon don’t have any bad blood

Though The Real host has spoken openly about how much Kardashian cheating on her affected her self-esteem, she has no issues with the rest of the KarJenner clan. Shortly after their breakup she was a bridesmaid in Khloé Kardashian’s wedding.

Also, she and Kim Kardashian West recently had a cute back-and-forth on Instagram. The Skims founder revealed that her eldest daughter, North West had become obsessed with The Cheetah Girls franchise. She quipped, “Should I break the news to North that this could have been her auntie?!?”

Bailon responded with an adorable comment and some lovely emojis.

Adrianne Bailon is tired of being associated with the Kardashians

There may be no bad blood between Bailon and the KarJenners. However, the singer has spoken about how being associated with the reality family may have negatively impacted her career. Her goal in the decade that she and Kardashian have been broken up is to be seen for her accolades.

“I was like, ‘Guys, but I’ve accomplished other things,’” she explained to US Weekly in 2018. “And I think that even got misinterpreted as me saying at some point I wish I had never done the show. I don’t think it was that at all … I just was annoyed that people tried to say that that was the only thing I had accomplished. … So that was a sucky spot in my career.”

We can certainly understand that after her numerous films and a singing career that Bailon wants to be seen as much more than a friend of the KarJenners.