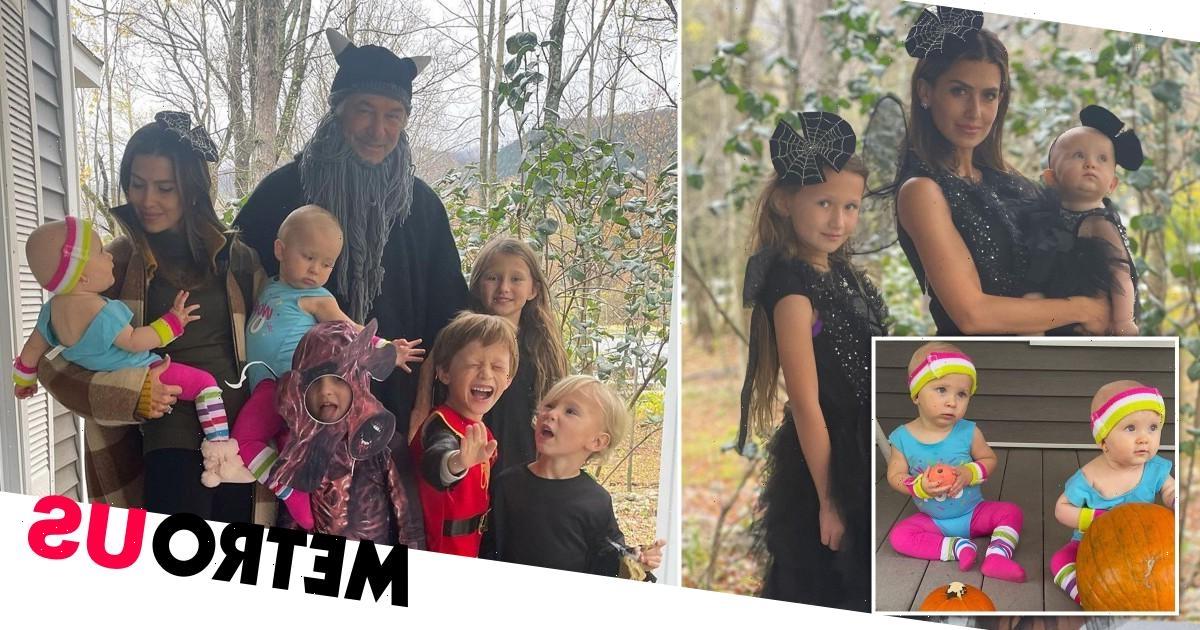 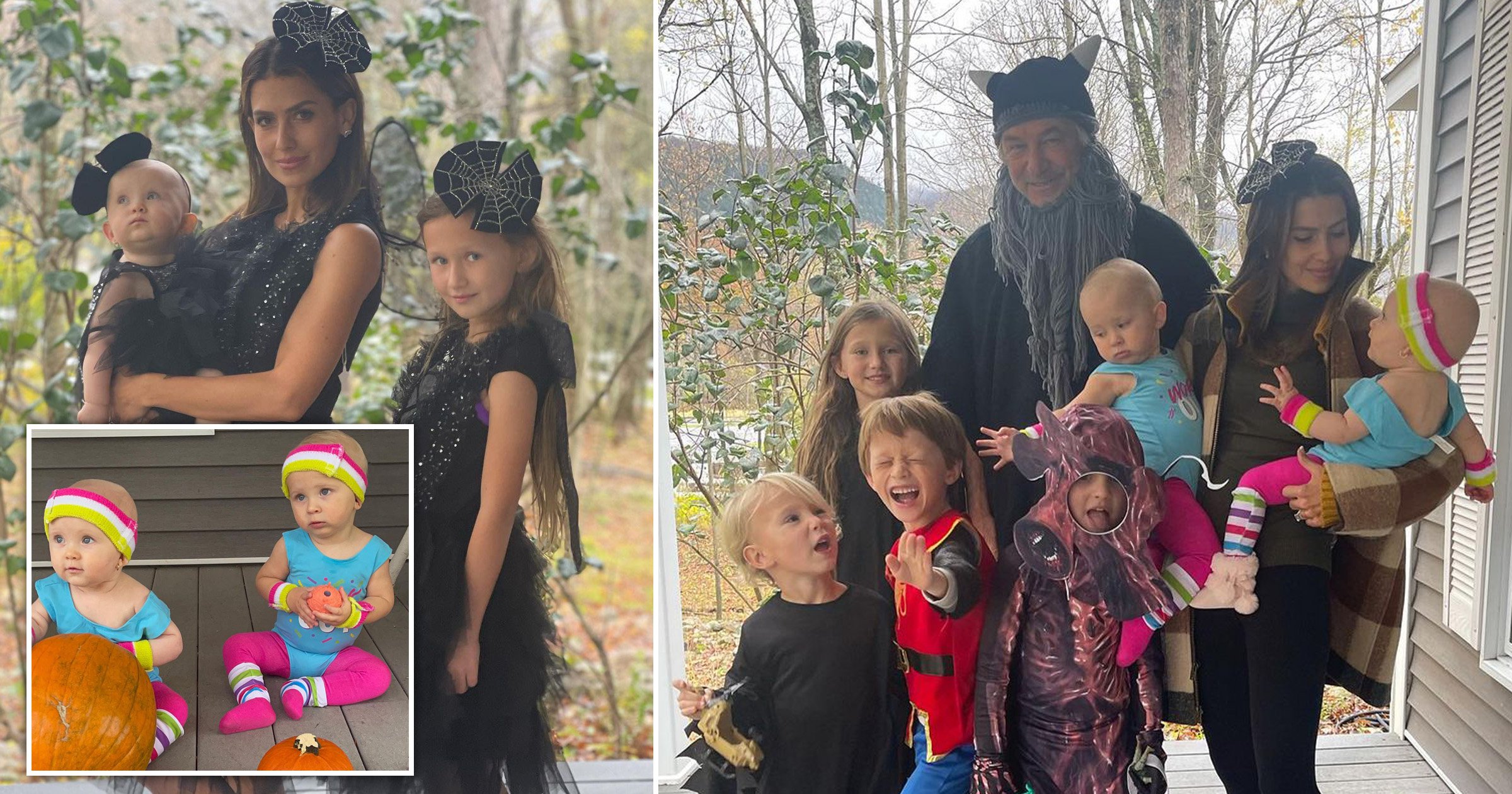 He later spoke out for the first time over the incident and shared his devastation, describing the cinematographer as his ‘friend’.

Following his comments, his partner shared a string of pictures and videos as they enjoyed a low-key Halloween with their children.

In the snaps, the Hollywood star was seen posing in the background behind his kids, dressed up as a character from Where the Wild Things Are.

The mum-of-six gazed lovingly at her babies as she donned an all-black look, while their older children sported witch costumes and superhero outfits.

‘Parenting through this has been an intense experience, to say the least,’ she wrote beside the post. ‘Today, we rallied to give them a holiday.

‘Last min costumes…a little hodge-podge…but they were so happy and that warmed my mama heart.

‘Happy Halloween, from the Baldwinitos. They give us ❤️. We send you ❤️🎃.’

Hilaria also offered an insight into her husband is coping with the tragedy and explained that she is trying to ‘limit’ his PTSD.

‘You look at what happens to soldiers and police officers when something like this happens, it’s traumatic. We just came up here for quiet.

‘He needs space for me to take care of him and his mental health. It’s an awful thing that happened. Alec feels awful.’

The 30 Rock actor discharged a gun on the Rust set on October 21, accidentally killing Hutchins, 42, who died as a result of her injuries.

There is currently a police investigation into the incident, with Baldwin among those questioned by authorities.

Speaking to reporters on Friday, he said: ‘I’m not allowed to make any comments because it’s an ongoing investigation, I’ve been ordered by the sheriff’s department in Santa Fe, I can’t answer any questions about the investigation.

‘We were a very, very well-oiled crew shooting a film together and then this horrible event happened.’