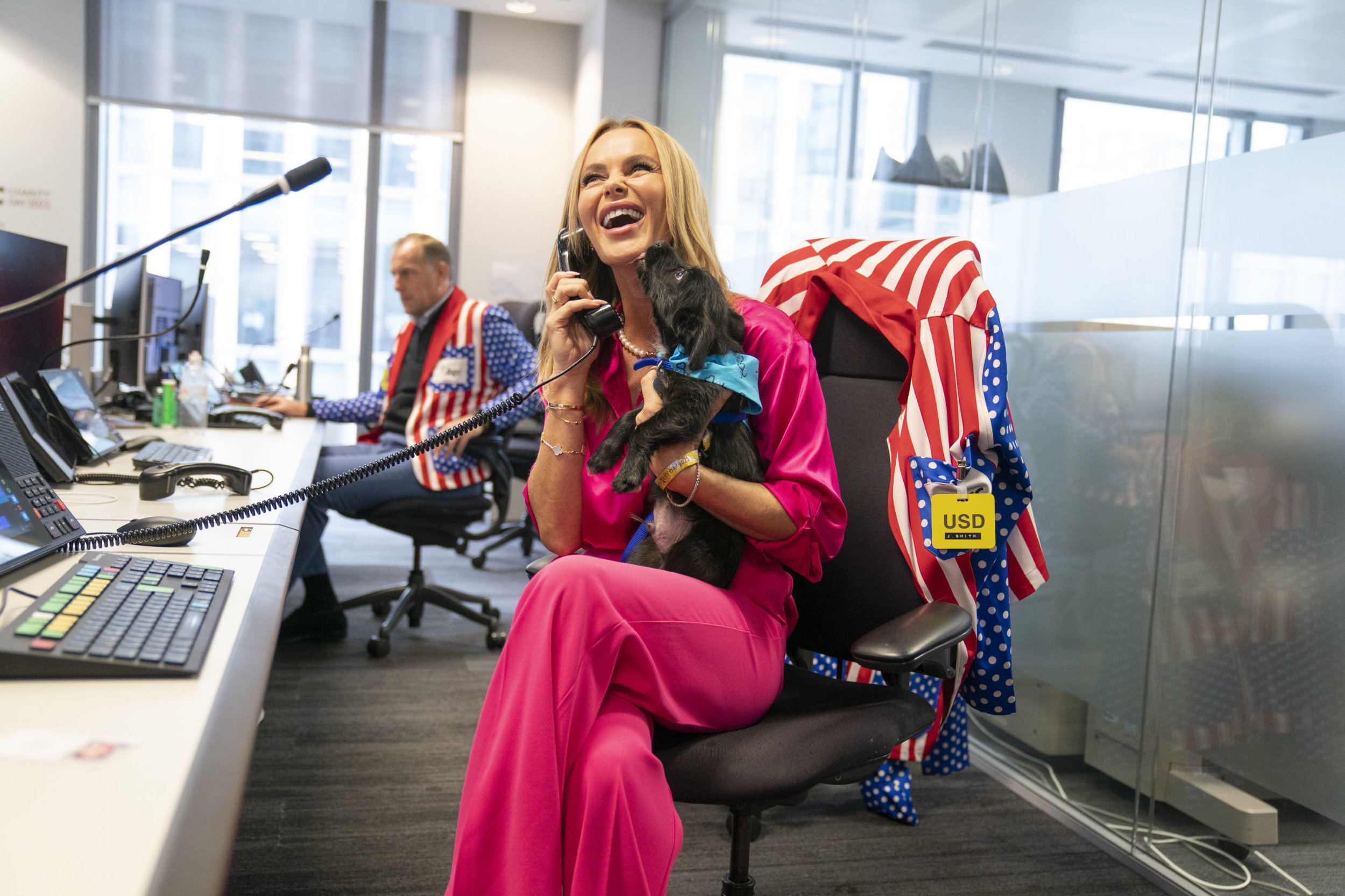 Amanda Holden, Rio Ferdinand, Laura Whitmore and Davina McCall were among the celebrities who helped out at a charity day to honour victims who were killed in the 9/11 attacks.

On Wednesday, several celebrities volunteered their time to take calls for BGC Partners to raise millions of pounds for different charities, all in memory of the 658 BGC employees and 61 Eurobroker employees who lost their lives on September 11, 2001.

Britain’s Got Talent judge Amanda was seen cradling a puppy called Pudding at the headquarters in London’s Canary Wharf, as she took calls to raise money for a charity she represents, Battersea Dogs and Cats Home.

The 51-year-old radio presenter said the day involves a lot of ‘banter’ and ‘laughs’, but also raises money for important causes.

Amanda said: ‘Today is a fun day… I love it because there is a lot of banter and that’s very me. I just bumped into my lovely Davina McCall so that’s made my day.’

Before, she spoke about her relationship with the animal shelter and added: ‘I have been an ambassador for 10 years, probably more, and I think in this climate, anyway we can raise a few extra pennies is going to be a good thing.’

Amanda was joined by a host of famous faces at the charity day including Davina, footballer Rio and Love Island presenter Laura.

The former England player was there to support Wellbeing Of Women and emphasised how important helping others is, especially in the cost of living crisis.

He said: ‘The economic crisis at the moment, people are struggling, even just to get food on the table, heating, we’re coming into the winter months as well.

‘So anything you can do for charity is going to help people being very much squeezed at the moment. I think it’s definitely worthwhile.’

He said about the day: ‘There is such a fabulous atmosphere, it feels fertile, it feels like there is exciting things going on and there’s loads of trades happening and the more trades that happen the more money the charities are going to get.’

Despite tackling live TV several days a week, Ben said he was ‘really worried’ as he had no idea what he should be doing on the phone.

‘I’m just really worried about cocking it up because I have got absolutely no idea what I’m doing,’ he added.

‘I just think I’m going to get the words wrong, I’m great with an autocue, I’m useless if I’ve got to try and make it up off the top of my head.’

Since its launch in 2004, BGC and its celebrity ambassadors have raised around 192 million dollars (£176 million) for global charitable causes.

All profits from trades are donated to good causes including the Cantor Fitzgerald Relief Fund and dozens of other charities around the world.