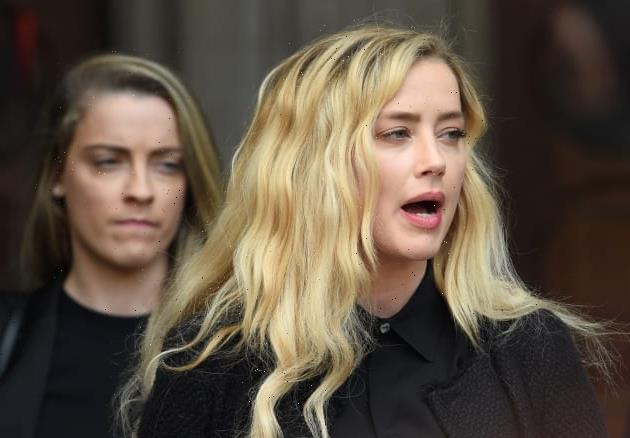 The seven-person jury awarded Depp $10 million in in compensatory damages and $5 million in punitive damages, which the judge promptly lowered to $350,000 in compliance with the state of Virginia’s cap on such rulings.

Heard was awarded $2 million in compensatory damages, which is probably small comfort to the actress, who is now burdened with an $8.4 million debt to her ex-husband.

It’s often difficult to evaluate situations like this, in which monetary penalties are assessed to well-known celebrities.

After all, Heard is a successful actress, with a recurring role as Mera in the DC Extended Universe.

She’s been appearing in film and television projects since 2004 when she landed a role in the CW series Jack & Bobby.

Along the way, she appeared in such popular movies as Pineapple Express, Zombie Land, and MagicMike XXL.

Some fans speculated that with the long, lucrative career that she’s enjoyed, Heard might be able to easily afford the $8.4 million payout to Depp.

It seems that that’s not the case, however.

According to a new report from In Touch, Amber’s total net worth is estimated to be $1.5 million.

Compare that to Depp, who enjoys a net worth of $150 million.

Depp has been appearing in major motion pictures since before Heard was born, and he anchored Disney’s wildly successful Pirates of the Caribbean franchise from 2003 to 2017.

A sixth installment in the franchise has been put on hold indefinitely, and Depp claims that the delay — and probable cancelation of the project — is a result of bad press resulting from Heard’s allegations.

Depp insisted from the start that his lawsuit was “not about money,” but in the strictest sense, as with all civil trials, that’s exactly what it was about.

Despite all of the social media debates about which party was “guilty,” this was not a criminal case, and monetary damages were always what was at stake.

The damage to both actors’ careers is likely to be permanent, but that was none of the jury’s concern.

Heard’s attorney Elaine Bredehoft appeared on the Today show this morning, where she answered questions about Heard’s financial status and reaction to the verdict.

“Oh, no, absolutely not,” Bredehoft said, when asked by Savannah Guthrie if her client could afford Depp’s damages.

The attorney reiterated that Heard plans to appeal the verdict, noting that Depp’s team was able to suppress items that could have proven to be key evidence.

“They were able to suppress the medical records, which were very, very significant because they showed a pattern going all the way back to 2012 of Amber reporting this to her therapist, for example,” Bredehoft said.

“We had significant amount of texts, including from Mr. Depp’s assistants, saying ‘When I told him he kicked you, he cried, he is so sorry.’ That didn’t come in.”

“The disappointment I feel today is beyond words. I’m heartbroken that the mountain of evidence still was not enough to stand up to the disproportionate power, influence, and sway of my ex-husband,” Heard wrote in a statement issued on Wednesday.

“I’m even more disappointed with what this verdict means for other women. It is a setback. It sets back the clock to a time when a woman who spoke up and spoke out could be publicly shamed and humiliated,” the actress continued.

Heard welcomed her first child last year, and insiders say she lives in reduced circumstances as a result of her never-ending legal drama with Depp.

The appeal means that this matter will likely be re-litigated in the near future, but legal experts say that Heard’s team will push to have TV cameras banned from the courtroom this time around.