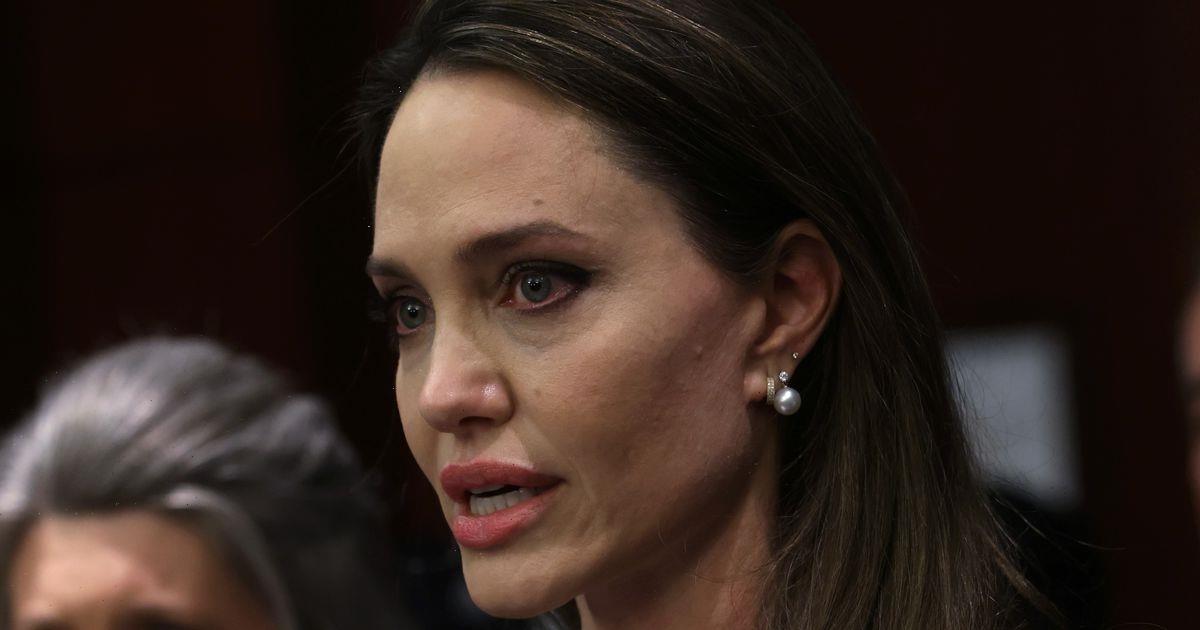 Angelina Jolie was carted off to a bomb shelter after air raid sirens began going off during her trip to Ukraine.

Angelia, 46, is visiting the war-torn country as a special envoy for the United Nations High Commissioner for Refugees, and was in Lviv when the incident occurred.

Videos of the actress and her entourage show them briskly walking towards the shelter as fans tried to take selfies with her as she continued moving.

One clip heard Angelina – who was recently linked the the Weeknd – being asked by a Ukrainian civilian if she was afraid, to which she replied: “No, I’m okay.”

Prior to the raid, the Mr and Mrs Smith actress visited displaced people who have found refuge in Lviv, including children who have been injured. Many of the children were hurt after the missile strike on the Kramatorsk railway station in early April.

“She was very moved by (the children’s) stories,” he wrote, as perAP. “One girl was even able to privately tell Ms. Jolie about a dream she’d had.”

Angelina also visited a boarding school to talk with students and take snaps with them. According to the governor, she promised to come back and visit again.

In addition to this, Jolie also met with evacuees arriving at Lviv’s central railway station, as well as with Ukrainian volunteers helping the arrivals.

“The visit was a surprise to us all,” Maksym wrote. “Plenty of people who saw Ms. Jolie in the Lviv region could not believe that it was really her. But since Feb. 24, Ukraine has shown the entire world that there are plenty of incredible things here.”

Addressing the air raid threat Angelina encountered, the governor explained that the threat was coming from the Black Sea.

“Angelina Jolie not only met with Ukrainians and heard their stories from the epicenter of combat, but also felt a real threat,” he penned alongside a video of the actress on hisFacebook page.

“When the Hollywood actress and lady ambassador of good will of the UN was at the main railway station of Lviv, an air alarm began.

“It was a threat of a missile strike from the southeastern direction from the Black Sea side.

“Thanks to our anti-air defense fighters that the threat failed.”

For updates on all your favourite celebs, sign up to our daily newsletter here.