Angelina Jolie continued her minimalist style streak while hitting the streets of Paris with her family.

On July 22, the actress was photographed heading to the Guerlain store on the Champs-Elysées—alongside kids Pax, 17, Zahara, 16, Shiloh, 15, and Knox, 13—wearing a flowing white tee and pair of nude flared trousers courtesy of the Chloé resort 2022 collection, as well as a coordinated white mask and the D-Moi nude patent calfskin pumps by Christian Dior.

The actress was reportedly visiting Paris for the Guerlain x UNESCO Women for Bees five-year entrepreneurship program set to install at the French Observatory of Apidology. For the initiative, the actress-slash-bee activist will serve as both a Guerlain ambassador and a program “godmother” to help promote its dual objective of both women empowerment and biodiversity conservation. 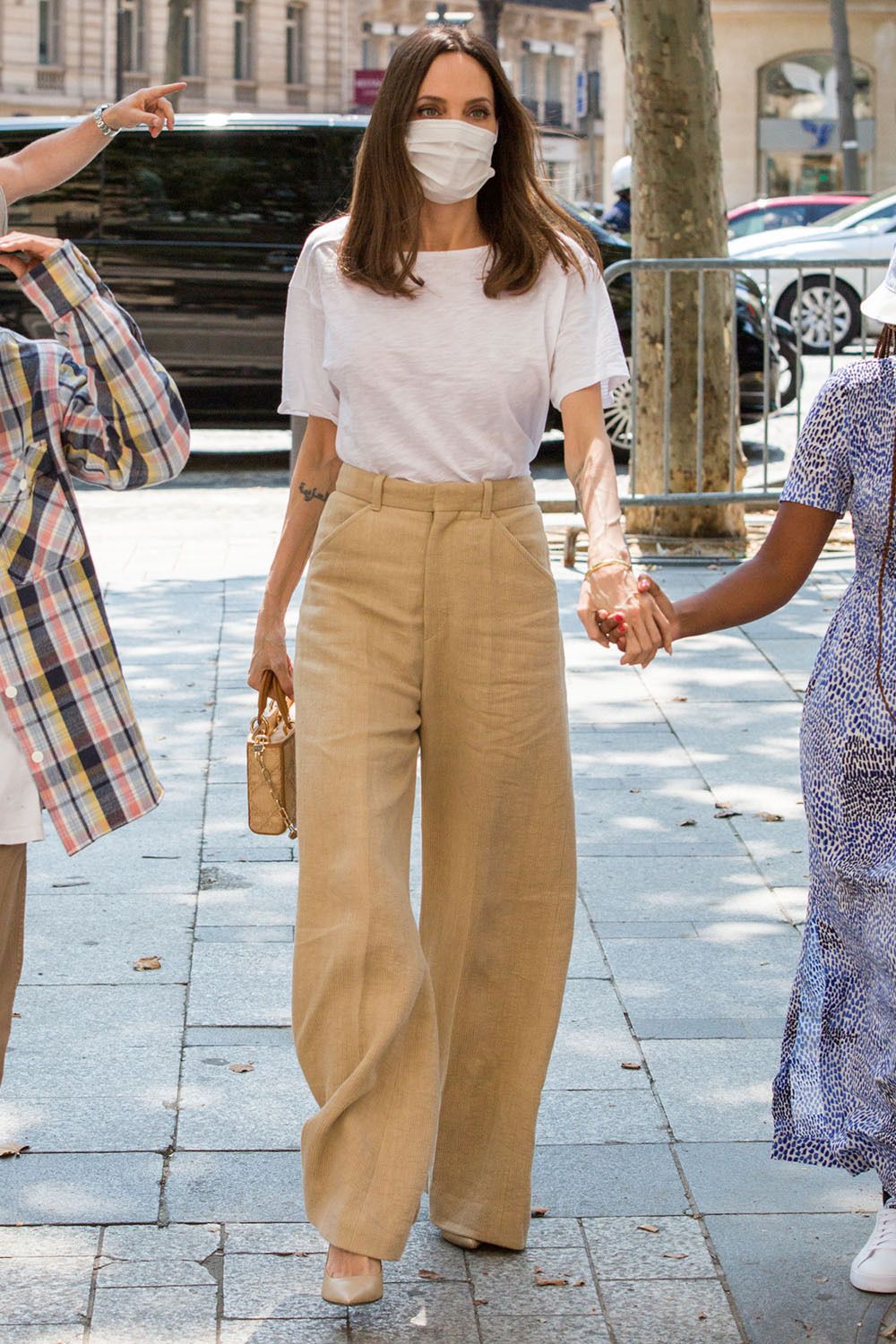 Earlier that morning, the actress was also spotted exploring the “World of Banksy” exhibition at the Espace Lafayette-Drouot before stopping by Kith’s Paris flagship for a shopping trip. She wore the same nude statement wide-leg trousers paired with its matching tailored silk and wool suit jacket, an additional piece from the Chloé collection. 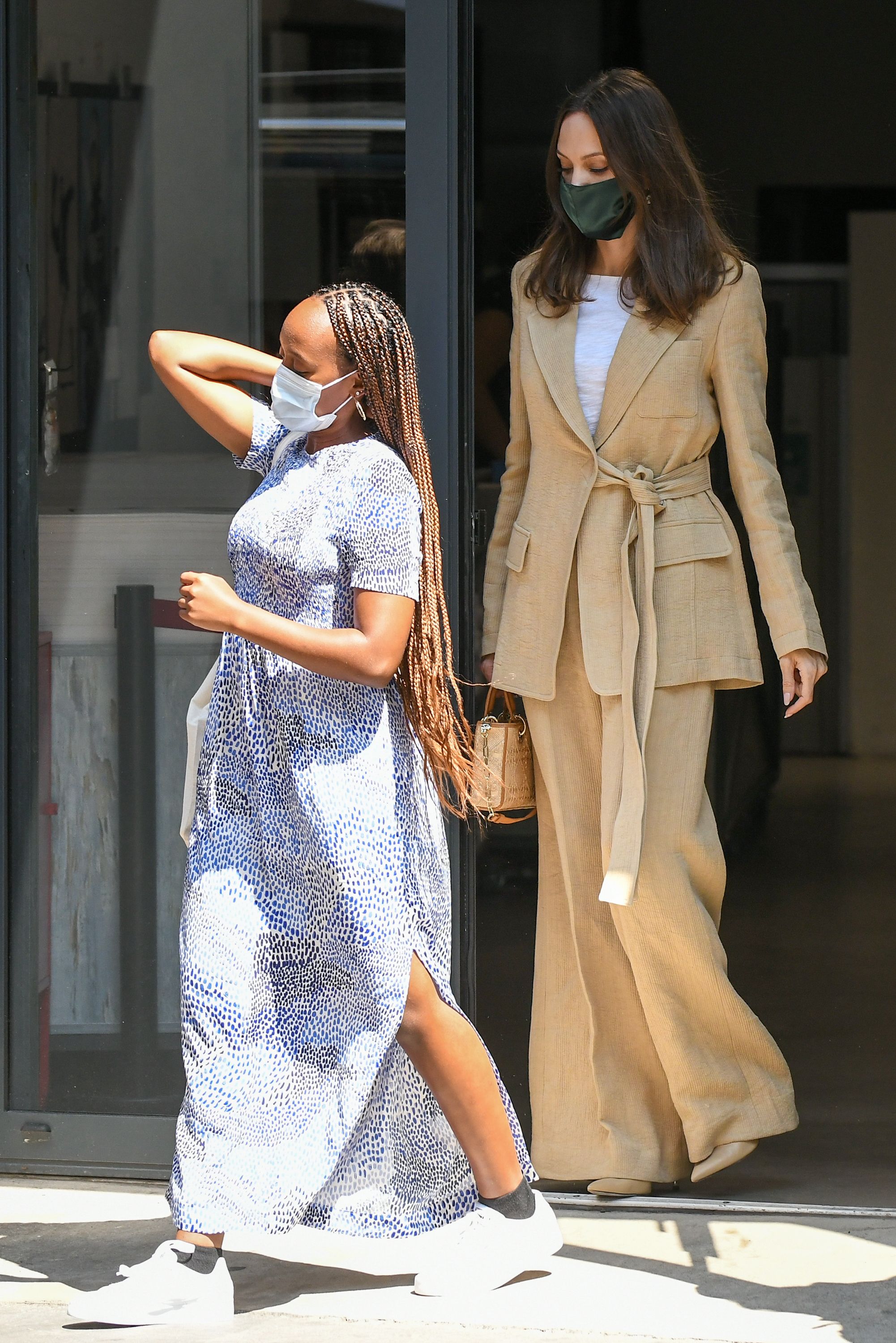 Her engagements in Paris come after the news of a major court win in her ongoing divorce case with her ex-husband Brad Pitt. Per Entertainment Tonight, the California appeals court ruled officially in favor of Jolie’s request to disqualify Judge John W. Ouderkirk from overseeing her divorce case due to his reported personal ties with one of Pitt’s personal attorneys that posed an “ethical breach” on the estranged pair’s proceedings.