The White Lotus breakout star Murray Bartlett claimed the first Emmy of his career tonight, for his outlandish role as Armond, the ingratiating but conniving luxury hotel manager in the HBO limited series.

Taking the stage at the Primetime Emmys, the Australian actor thanked series creator Mike White, and gave a shoutout to his mother.

“I just want to thank my mom all the way home in Australia for giving me the most wonderful foundation of unconditional love,” he said. “And inspiring me to believe that we can all do that for each other. So, thank you, Mom.“

Bartlett’s win (and first nomination ever) for Outstanding Supporting Actor in a Limited or Anthology Series or Movie put him up against two other co-stars of The White Lotus, Steve Zahn (“Mark Mossbacher”) and Jake Lacy (“Shane Patton”). The other nominees in the category were Will Poulter, Peter Sarsgaard, and Michael Stuhlbarg, all from Dopesick, and Pam  & Tommy‘s Seth Rogen. 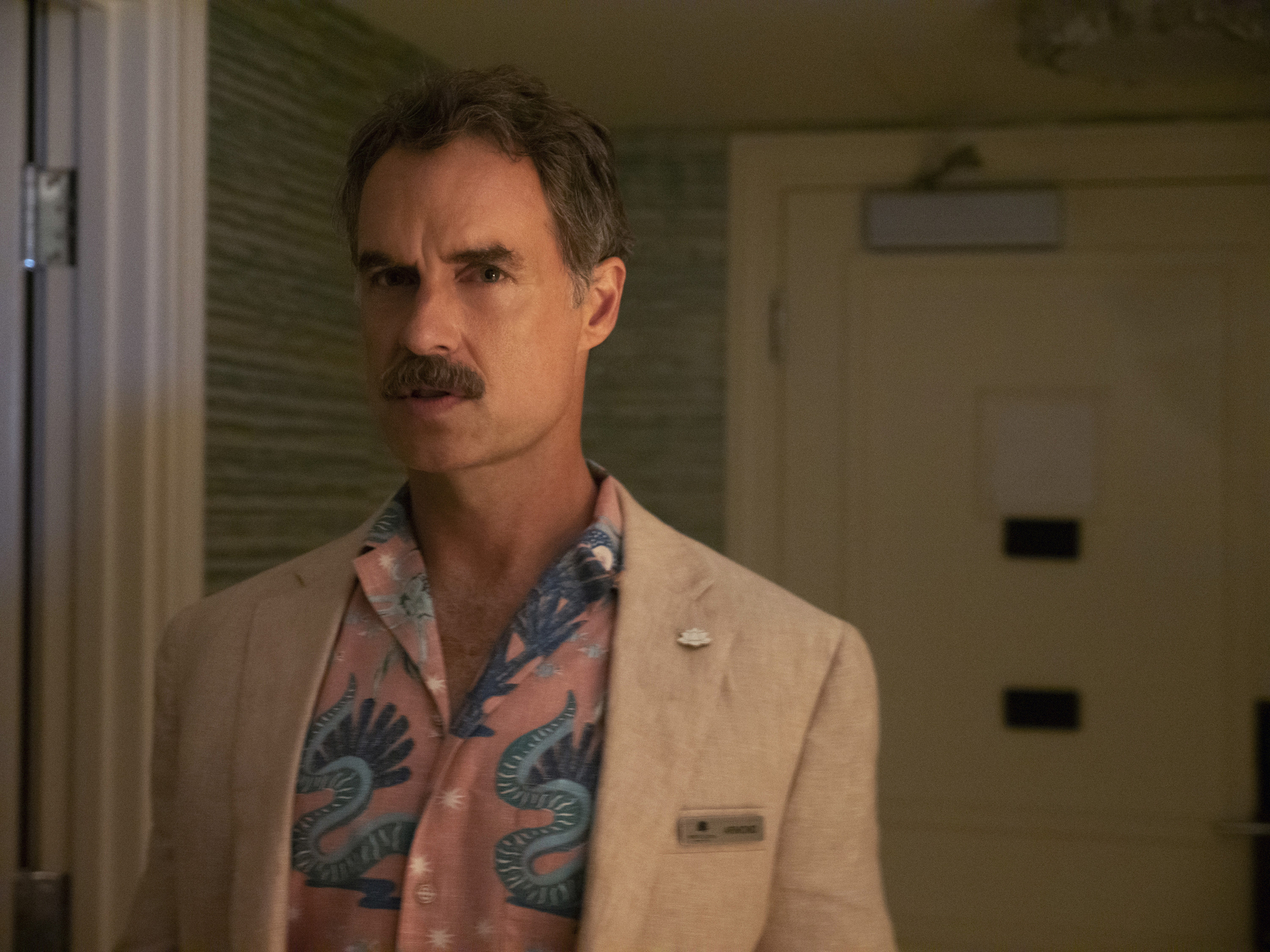 The role of Armond called for Bartlett to play some outrageous scenes, including a sexually explicit encounter with a male underling, and a sequence in which the vengeful Armond defecates in a hotel guest’s luggage. Bartlett didn’t reference any of those cinematic moments on stage, but he did tell Deadline after his nomination that filming the series was beyond memorable.

“I mean, this was kind of a surreal experience from beginning to the end because we were all plucked out of Covid and whisked off to Hawaii to this kind of fever dream-type TV camp,” he said. “And then, from those kind of humble beginnings to these [nominations], it was very sweet and surreal.”

The White Lotus came into the night already having won five Emmys at the Creative Arts ceremony last weekend. It has been renewed for a second season, although viewers of the first season know Bartlett’s character didn’t survive the debut season. Bartlett has gone on to appear in the Apple TV+ series Physical. He’s now shooting the upcoming Hulu mini-series Welcome to Chippendales.

In his speech, Bartlett spread the love, acknowledging a host of people for his Emmy-winning opportunity in The White Lotus.

“Thank you to everybody at HBO, especially Casey Bloys, Francesca Orsi, Nora Skinner. You guys are true champions,” he said. “Thank you to my family and friends for all your love and support over the years, especially Ahmed, you’re a prince. To my P-Town family, I love you. And to my partner, Matt. Thank you for being my sanctuary.“

Hammond’s Predictions (And Who “Should” Win); Red Carpet Photos; How To Watch