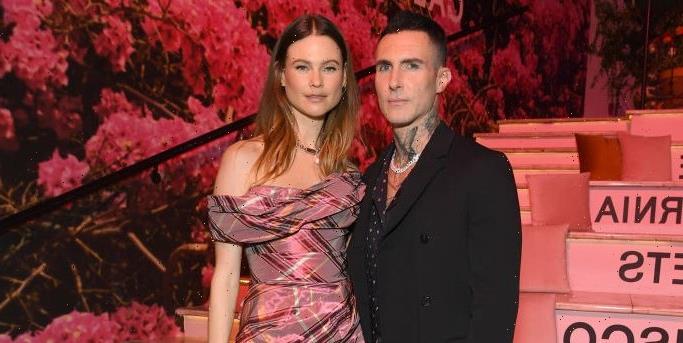 So, Behati Prinsloo hasn’t publicly responded to Sumner’s Stroh’s allegation that she was having an affair with Adam Levine, but apparently she is (understandably!) upset.

“He admitted that he went behind her back and has been inappropriate,” a source tells People. “He admitted that he acted like an idiot. She is still very upset though.” The source also notes that Behati is still “100 percent committed to her family” and that “Adam is very understanding about her feelings. He is trying his best to make things better. He never wants a divorce.”

Meanwhile, another source notes that “Adam knows this was his mistake” (um, yes, obviously) and that “he is committed to Behati and wants to make things work.”

Reminder: Adam issued a public statement on Instagram yesterday taking responsibility for crossing the line, but denied having an affair.

“A lot is being said about me right now and I want to clear the air,” he said in part. “I used poor judgment in speaking with anyone other than my wife in ANY kind of flirtatious matter. I did not have an affair, nevertheless, I crossed the line during a regrettable period in my life. In certain instances, it became inappropriate; I have addressed that and taken proactive steps to remedy this with my family.”

He didn’t address Sumner’s claim that he asked to name his baby after her in an alleged DM that reads “Ok serious question. I’m having another baby and if it’s a boy I really wanna name it Sumner. You ok with that? DEAD serious.”

embarrassed I was involved w a man with this utter lack of remorse and respect. #greenscreen