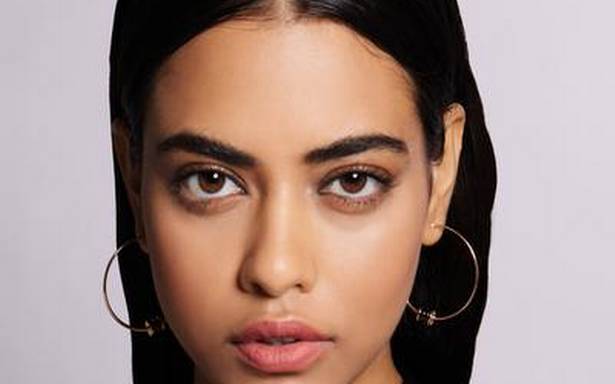 Jewellery director Mauro di Roberto on the Indian market, the brand’s design language, and why the million-dollar market is important

Bulgari, the Rome-based jewellery company, recently unveiled its first India-specific product offering alongside brand ambassador Priyanka Chopra Jonas. The 18k gold necklace is a mangalsutra with five discs, set with black onyx and pavé diamonds. With this, the brand, which first entered India in 2014, when single brand retail was permitted, is laying out its ambitious intentions for a market where traditional jewellery dominates.

In an exclusive interview with The Hindu Weekend, jewellery director Mauro di Roberto, a 42-year veteran of Bulgari, explained why the brand is betting big on India, which has long been a source of important gemstones for the company. In fact, the large gem on the recent eye-popping 93-carat emerald necklace sported by actor Zendaya at the Venice Film Festival was sourced in Jaipur.

What was the idea behind introducing a mangalsutra as Bulgari’s first India inspired and specific offering?

The project is very dear to us because it encapsulates our DNA [while] trying to integrate the Indian aspects of the product. The mangalsutra has an important meaning for the Indian woman [because it symbolises] the sacred bond between two persons. There is also a value behind the gesture of receiving a gift for the wedding. We believe [ours] is a contemporary way of looking at a mangalsutra.

There has been some criticism on the choice of the mangalsutra, which some view as a patriarchal symbol, as the first product for India.

It is a North Indian design. What was taken into consideration for the design, especially with our varied religions and cultures?

The concept was to have discs [the origins of which are antique coins] with the Bulgari logo, and beads, which are more integrated to Indian culture. This is what went into the working, to evaluate a product that can work for the local community.

You said it took several years to come up with the design.

It took three years. We usually do not make special products for specific countries. This was an important project, [and it was] not easy. We needed to be able to present the local experience, but also personalise it. For us, when we put the logo on a product, it is an important form of personalisation, but also whoever wears that jewel has a certain type of independence and freedom.

With Priyanka Chopra Jonas as brand ambassador and this offering, there is greater focus on the Indian market.

We know India’s huge potentiality as a market. But we also know the difficulties in capturing the market. The fact that India comes from a historical and cultural value in jewellery. The reality is that today many Indians buy outside of the country. And because Indians have an important tradition of jewellery, they know how to give value to the artists, the craftsmanship, the value of the gems, the design. And the young [generation] is much more exposed through social media. So we are quite bullish on the Indian market.

Bulgari unveiled Magnifica in June, a fabulous collection of 350 spectacular jewels. It included 60 jewels valued at over €1 million each. Does this reflect confidence in the future?

In different parts of the world, there’s been important growth in jewellery, especially post pandemic. I am talking from September 2020 onwards. We are not travelling as much as we did, so there has to be other ways to spend. Are we bullish? We are. But when we talk of high jewellery, we are talking about jewels that are unique. When it comes to one-of-a-kind pieces, our creativity begins when Lucia [Silvestri] finds a unique stone; that’s when the idea comes to make the product. Like the Spinel necklace or the Serpenti [from the Magnifica collection] worn by Zendaya. You won’t have a client for all these products, but what you do have is the opportunity to create a jewel that is unique and will remain in history.

Indian men have been wearing jewellery for centuries. Do you envision introducing more unisex or gender fluid offerings?

We need to consider a much wider market in general. Jewellery can be worn by different types of people. Our creativity is such that it allows us to play beyond women. The B.zero1 or Serpenti have been worn by men and transgender [people]. We don’t believe we need to tweak our jewellery or revise our strategy because we believe the design and colours cater to different segments of clients.

Two years ago, the house re-acquired an iconic necklace that became the inspiration for the Barocko necklace.

Looking back at our heritage is extremely strategic. The creativity we come up with tomorrow would be much better if there’s an inspiration to our history, which is 130 years old.