Jason Momoa and Lisa Bonet recently broke up after 16 years together, announcing the news in a since-deleted Instagram and making it super clear that they still care a lot about each other. So…what happened?

A source tells People that the former couples’ decision to end their relationship wasn’t made “overnight,” and it’s been in the works for a while. Apparently, Lisa and Jason “were amazing for years, until they no longer were” and “they have grown apart because of different focuses.”

“A few years ago, Jason was struggling to find work. Now his career is booming. And he wants to keep working as much as he can,” the source said, adding that Lisa “has had no interest in joining” Jason “on every location” and “enjoys her life in L.A.” 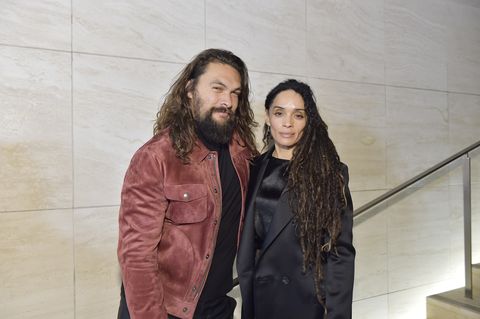 “It’s been difficult for them to be apart,” the source continued. “For some people, it might strengthen their marriage. For Lisa and Jason’s marriage, being apart has been a disaster.” That said, Jason and Lisa “will keep peace” for the sake of their kids, and “It’s not going to be some scandalous divorce where they trash talk each other. They are both very spiritual and believe in a higher power.”

In their breakup statement, Jason and Lisa said “we are parting ways in marriage” and explained that “the love between us carries on, evolving in ways it wishes to be known and lived. We free each other ~to be who we are learning to become… Our devotion unwavering to this sacred life & our Children. Teaching our Children What’s possible ~ Living the Prayer May Love Prevail ✨”