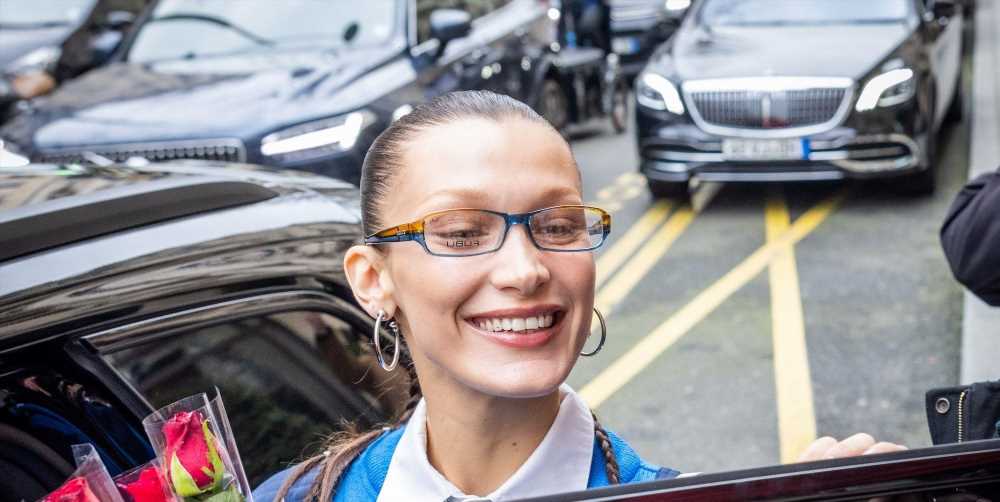 The supermodel showed off her newest accessory, a diamond tooth gem, while stepping out in the Parisian streets with her boyfriend, art director Marc Kalman. The small diamond attached to her tooth capped off her ’90s-inspired prep look, with the model wearing a blue quarter-zip sweatshirt over a white collared shirt, a plaid midi-length skirt, white ankle socks, and black sneakers.

In addition to the dental gem, Hadid accessorized the look with a white shoulder bag, a teddy bear necklace, silver hoop earrings, and rectangular FUBU glasses. She also wore her hair in multiple French braids gathered into pigtails, which appears to be her preferred off-duty hairstyle this year. 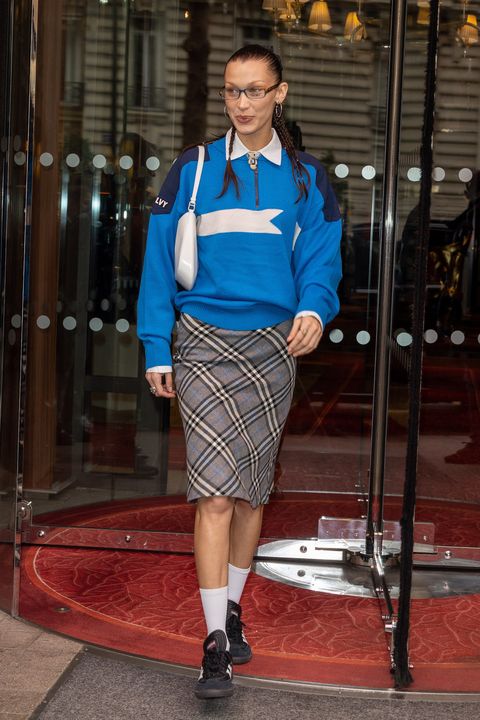 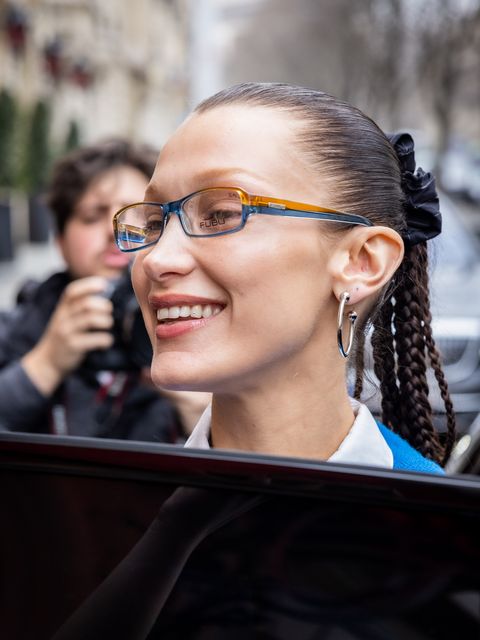 Hadid is known for bringing out ’90s and early-’00s trends and making us forget why we left them in the past. Her diamond tooth gem follow the accessory’s resurgence in 2017, when her own friend Hailey Bieber donned two gems for that year’s Met Gala. Now Hadid’s giving the trend a resurgence amid her busy Paris Fashion Week schedule.

The model has been booked throughout the week, with the former sister making eye-catching appearances at several shows so far, including Off-White’s haute couture presentation, which celebrated the late designer Virgil Abloh and included several looks from his extensive archive of designs. Hadid shared several behind-the-scenes photos, including Abloh’s hand-drawn sketch of the high fashion bridal look she wore in the show.