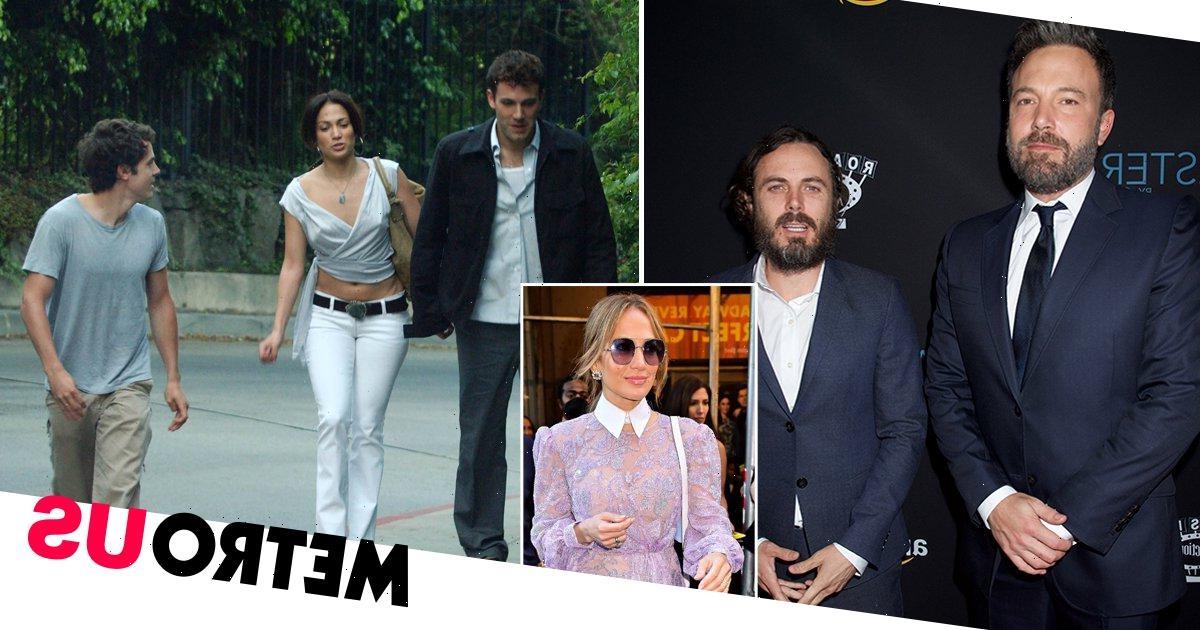 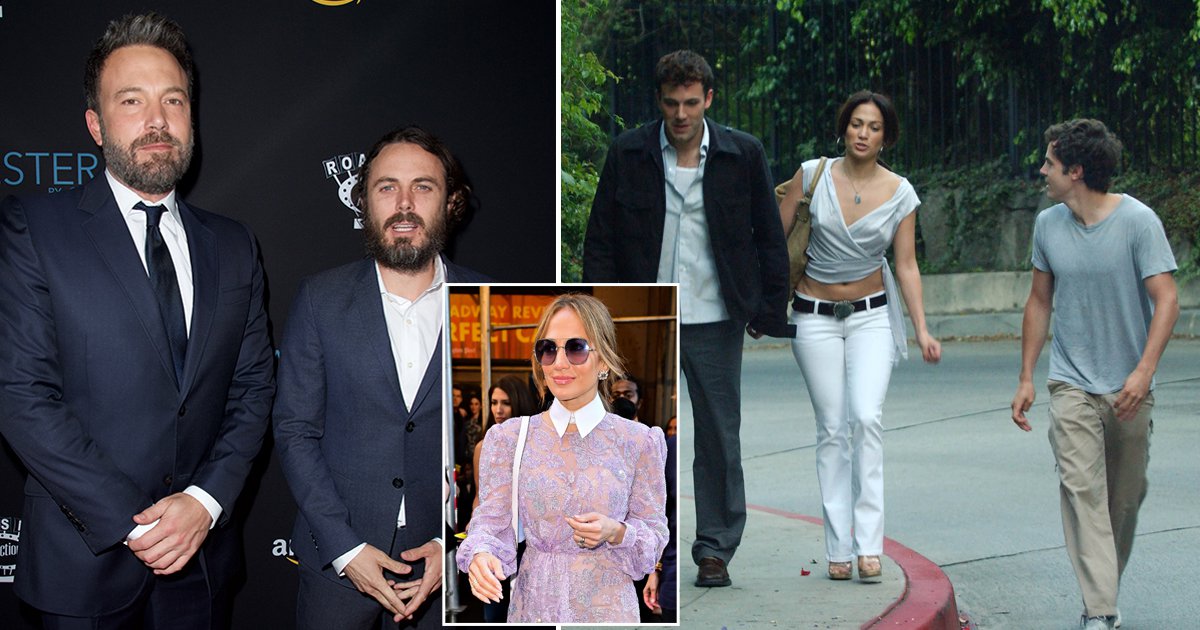 Casey Affleck has sweetly welcomed his new sister-in-law, Jennifer Lopez, to the family, after she finally married his brother, Ben Affleck.

The couple, who first got engaged around two decades ago, tied the knot legally in Las Vegas earlier this year, and enjoyed a lavish ceremony at Ben’s Georgia estate this weekend.

Casey, who is close with his brother and fellow actor Ben, did not attend the wedding, reportedly due to ‘parental obligations at home’.

However, it seems he’s over the moon about the marriage, sharing an old paparazzi photo of the three of them on Instagram.

‘Here is to twists and turns, new beginnings, and finding new reservoirs of old love.

‘Welcome to the family. Get ready for some real dysfunction! Kidding. I am kidding. Jen, you are a gem. We love you so much!!! ❤️.’

JLo and Ben – known together as Bennifer – enjoyed a fairytale white wedding as they went all out for their second round of nuptials.

Jen, 53, wore a white couture Ralph Lauren gown with a trailing veil and train as she walked down the aisle on a white carpet.

Ben, 50, looked totally suave in a black and white tuxedo, and seemed over the moon as he shared a kiss with his bride.

The pair’s kids were all in attendance. Ben was joined by Violet, 16, Seraphina, 13, and Sam, 11, who he shares with ex Jennifer Garner, and joining JLo were twins Emme and Max, 14, who she shares with ex Marc Anthony.

Of course, the couple had a star-studded guest list, with Ben’s close friend Matt Damon there to celebrate the big day.

Kevin Smith and actor Jason Mewes – known for their iconic Jay and Silent Bob films – were also in attendance.

According to the DailyMail.com, also expected at the wedding were George Clooney, Jane Fonda, Renee Zellweger, and Jimmy Kimmel and it’s thought that the couple requested guests wear white for the stunning ceremony.

After the ceremony, the stars went on to party at the Oyster House at the estate.

Security was also tight at the event, with a police car seen at the venue.

The couple, who rekindled their romance last year and got engaged in April, surprised fans when they got married in Vegas, with Jennifer writing on her OnTheJLo blog: ‘We did it. Love is beautiful. Love is kind. And it turns out love is patient. Twenty years patient.

‘Exactly what we wanted. Last night we flew to Vegas, stood in line for a licence with four other couples, all making the same journey to the wedding capital of the world. Behind us two men held hands and held each other.

‘In front of us, a young couple who made the three hour drive from Victorville on their daughter’s second birthday—all of us wanting the same thing— for the world to recognise us as partners and to declare our love to the world through the ancient and nearly universal symbol of marriage. ‘

She continued: ‘They were right when they said, “all you need is love”. We are so grateful to have that in abundance, a new wonderful family of five amazing children and a life that we have never had more reason to look forward to.

‘Stick around long enough and maybe you’ll find the best moment of your life in a drive through in Las Vegas at twelve thirty in the morning in the tunnel of love drive through, with your kids and the one you’ll spend forever with. Love is a great thing, maybe the best of things-and worth waiting for.’

The couple  began dating in July 2002 and got engaged in November of the same year. However, they postponed their wedding which had been scheduled for September 2003 and ultimately split in January 2004.

More than 17 years after their split, Ben and Jen got back together in spring 2021.