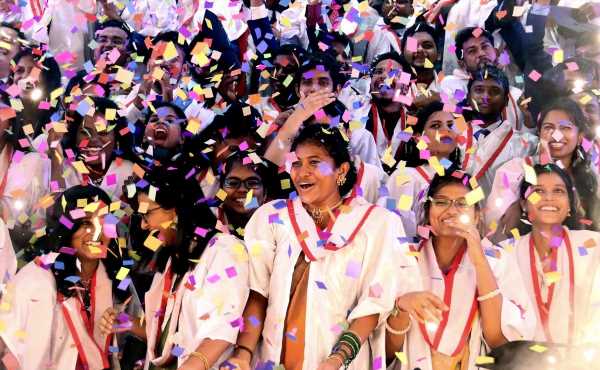 Chennai is India’s best city for women’s employment and it is followed by Pune, Bengaluru, Hyderabad and Mumbai, said a report by Avtar, a firm specialising in workplace inclusion.

The report ranks 111 cities on parameters nurturing a conducive ecosystem for women’s employment.

Ahmedabad, Visakhapatnam, Kolkata, Coimbatore and Madurai form the rest of the Top 10 cities — each has a population of more than one million — in terms of women’s employment.

“The fact that the South and West regions are more women-friendly in terms of employment is not a surprise, given the politico-historic context of these regions,” says Saundarya Rajesh, founder-president, Avtar Group.

“The rise of cities like Hubli, Nagpur, Ahmedabad and Coimbatore as promising hubs of women’s employment, due to their high Industrial Inclusion scores is very heartening,” adds Rajesh.

“Metros like Delhi and Kolkata have fallen behind in terms of social inclusion due to lower standards of safety and poor enablers for women to pursue employment,” points out Rajesh.

Tiruchirappalli, Vellore, Erode, Salem, Tirupur, Puducherry, Shimla, Mangalore (officially Mangaluru), Thiruvananthapuram, and Belagavi are the top 10 cities in another category of cities with a population of less than one million.

The study, apart from indexed scores, considered steps taken by states and cities in empowering women in the last one year. Avtar said its report is the first such national effort in bringing a data- and evidence-based understanding of the state of women’s inclusion in cities.

The survey outlined the importance of transforming cities as spaces that can be freely navigated by women to pursue career and economic self-sufficiency goals.

“We are very excited about the possibilities to increase women’s employment being offered by cities like Visakhapatnam, Madurai and Vadodara, which are growing centres of both industrial activity and social development,” says Rajesh.

“As rightly called out by our prime minister, to reap the benefits of the fourth industrial revolution we must enable more women in workplaces, especially in the growing industries.

“It is imperative that we look at the problem of low representation of women in India as not only something to be solved by corporates, but also as a goal for the state,” adds Rajesh.

In north India, the top three cities are Delhi, Srinagar, and Amritsar.

In the south, the top three slots are taken by Chennai, Bengaluru, and Hyderabad.

In the eastern region, Kolkata is at the top slot, followed by Dhanbad and Patna.

Raipur, Indore, and Bhopal secure the first, second and third places in the central region.