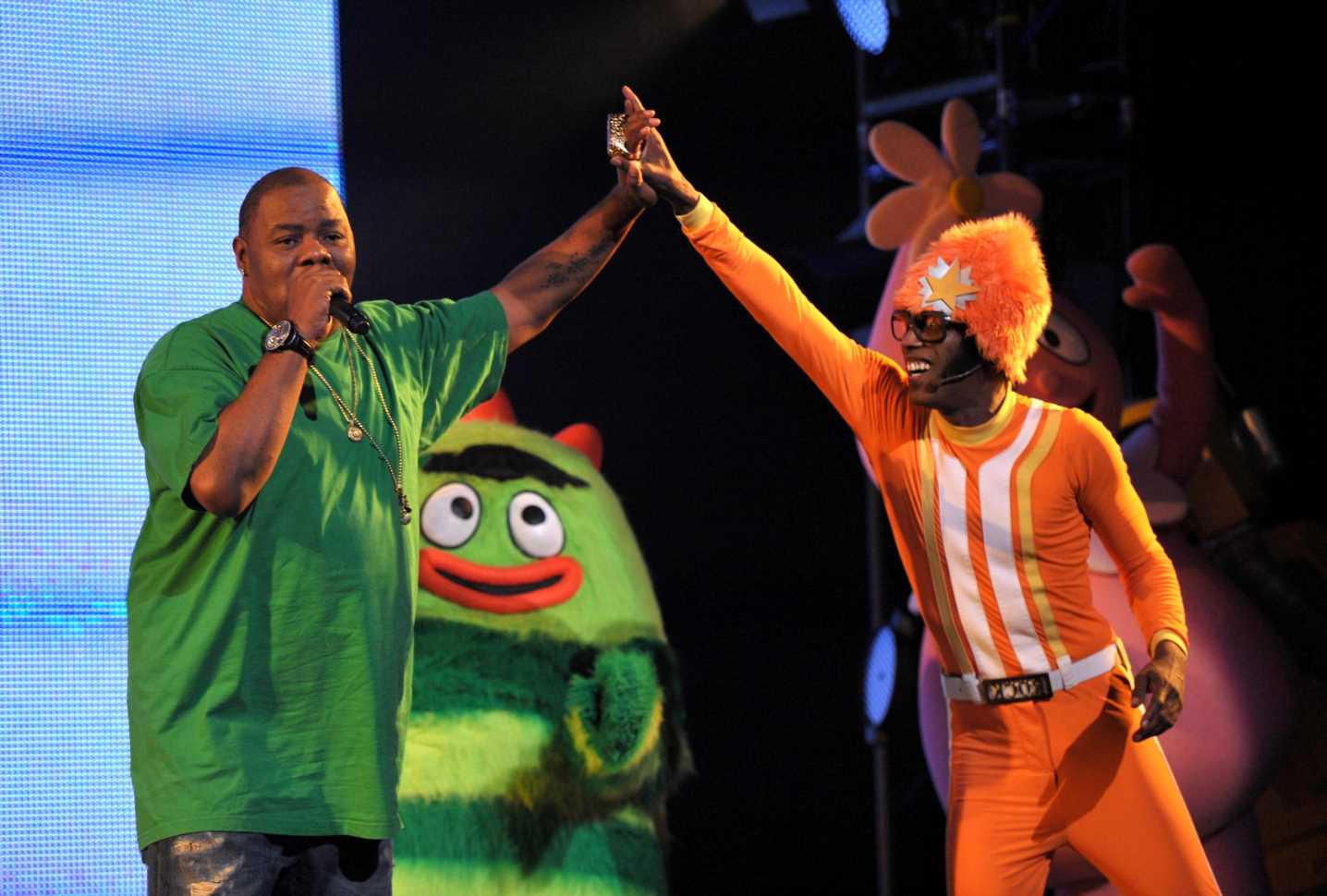 Products featured are independently selected by our editorial team and we may earn a commission from purchases made from our links; the retailer may also receive certain auditable data for accounting purposes.

The passing of rap legend Biz Markie has spawned numerous tributes online, from both past collaborators and admiring fans alike. Now, fans are heading online to celebrate the entertainer’s film and TV legacy as well.

In addition to purchasing and downloading the late rapper’s music, which is expected to see a sizable rise in the charts next week, fans are sharing their favorite memories from his guest appearances on popular TV shows and movies.

While he often appeared as a performer — playing almost every major talk show and award show — Markie also detailed some of his personal struggles on television, most famously in season one of VH1’s Celebrity Fit Club (the rapper won that season of the reality series, dropping 40 pounds over the course of eight episodes).

Markie was also a regular panelist on Hip-Hop Squares, and appeared in everything from Wild N’ Out to early Aughts series like Eve and Fastlane. Here, we break down seven of Markie’s most famous acting roles, along with links to stream the shows and movies online.

'Silence of the Lambs': 'It Broke All the Rules'

Markie made a memorable appearance in the the 2002 Will Smith/Tommy Lee Jones film, Men in Black II, as a rapping postal worker who turns out to be — spoiler alert — a rapping alien. You can stream the film on Amazon right now to re-watch the sci-fit hit, and see Markie beatbox against Will Smith.

Markie was a recurring star on the children’s series Yo Gabba Gabba! which ran for four seasons on Nickelodeon from 2007 to 2011 (though a few “unreleased” episodes aired later on Nick Jr. in 2015). Markie features in a segment called “Biz’s Beat of the Day,” where the producer would create a beat for kids to try and copy at home.

While there isn’t a way to stream Yo Gabba Gabba! online right now, you can find its popular specials on DVD. This one, part of the collector’s edition Yo Gabba Gabba! Live series, is on sale for just $7 on Amazon right now.

One of Markie’s most memorable recent TV appearances was in the ABC series, Black-ish. The rapper appeared on the season three finale as himself, delivering a fun freestyle rap about the importance of “family,” to close out the episode. Fans who want to watch Biz Markie on Black-ish can do so by grabbing a 7-day free trial to Hulu and looking up the episode titled “Sprinkles.”

Markie’s earliest appearances were on the sketch comedy hit, In Living Color, where the rapper played Judy, the “uglier sister” of Wanda (played by Jamie Foxx). In Living Color is currently streaming on Philo; get a 7-day free trial to Philo here and then continue your subscription to get 60+ live TV channels and on-demand content for just $25 month. You can also just take the Philo free trial and cancel anytime.

Another way to watch all the seasons of In Living Color? You can purchase the series on DVD via Amazon.

Don’t want to sign-up for a streaming service? Watch Biz Markie on Crank Yankers by purchasing individual episodes for streaming, or get the complete series on DVD via Amazon.

7. Sharknado 2: The Second One

While it certainly didn’t win him any awards, Markie did win over fans with a surprise cameo in the Sharknado sequel. The Harlem-born rapper fittingly played a New York City pizzeria owner, by the name of Vinnie. As for whether Vinnie lives or dies against the sharks? Well, you can stream Sharknado 2 online on Hulu to find out.