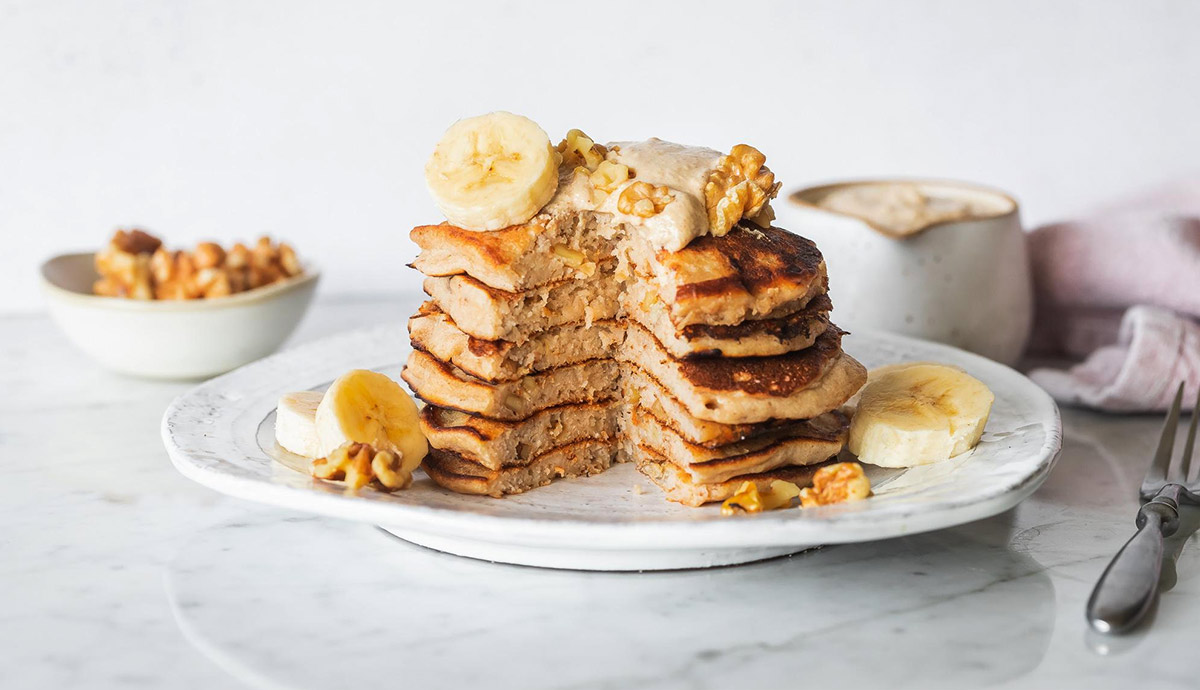 A perfect AM treat, Chef Sabyasachi Gorai‘s light, fluffy Banana Pancakes have enough nutrition to power you through the day.

Made from scratch, these pancakes come together in less than 30 minutes, and are served with maple walnut cream. 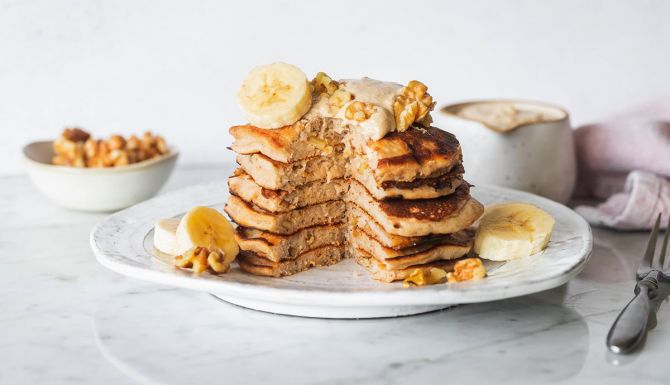 For the maple walnut cream

To prepare the pancakes

Note: If you skip the egg whites in the recipe you won’t get fluffy pancakes but you will get pancakes just the same.

Use cashew butter instead of regular butter, almond milk instead of milk and add two bananas instead one.

For sugar-free pancakes, opt for maple flavouring instead of syrup in the maple walnut cream and use a dash of honey instead. Replace suagr with honey or stevia in the batterand use oat flour instead of all purpose flour.

To make these pancakes low-sodium, use saltless butter and skip the salt and baking powder. The egg whites will allow the pancakes to turn out fluffy anyway.

Chef Sabyasachi Gorai is a consultant chef and mentor. 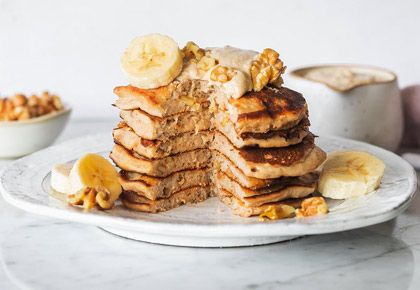