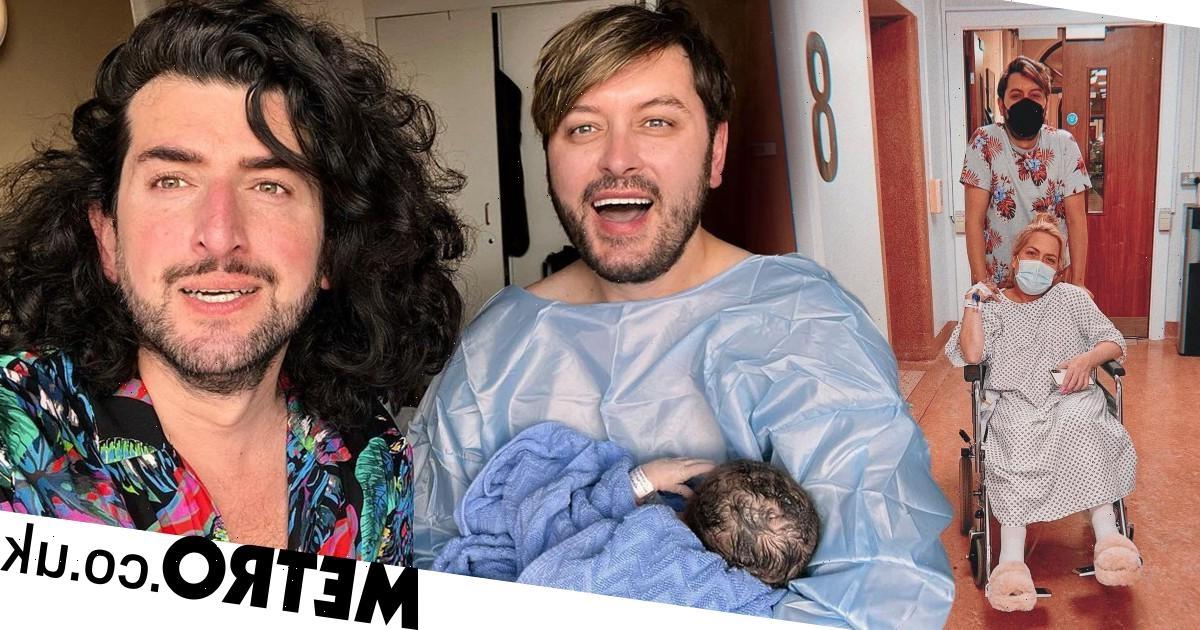 Brian Dowling has given fans an update on life as a new dad while showering his sister with praise, as she was their surrogate.

The TV star and his husband Arthur Gourounlian welcomed a baby girl on September 1, naming their daughter Blake.

Brian, 43, gushed about being ‘totally in love’ with their new arrival and thanked the anonymous egg donor, without whom ‘none of this would have been possible’.

Giving fans a glimpse inside life with a newborn, the former Big Brother presenter filmed a video at 3:56am from his bed, showing the reality of feeding a baby in the early hours.

Rubbing his eyes while baby Blake cried in the background, he said: ‘The feed is done. Little missy doesn’t like being changed. She’s like me, she hates being flustered.’

He then posted a second adorable video to his Instagram story of Blake – whose full name is Blake Maria Rose Dowling Gourounlian – being winded, showing off her full head of brown hair. 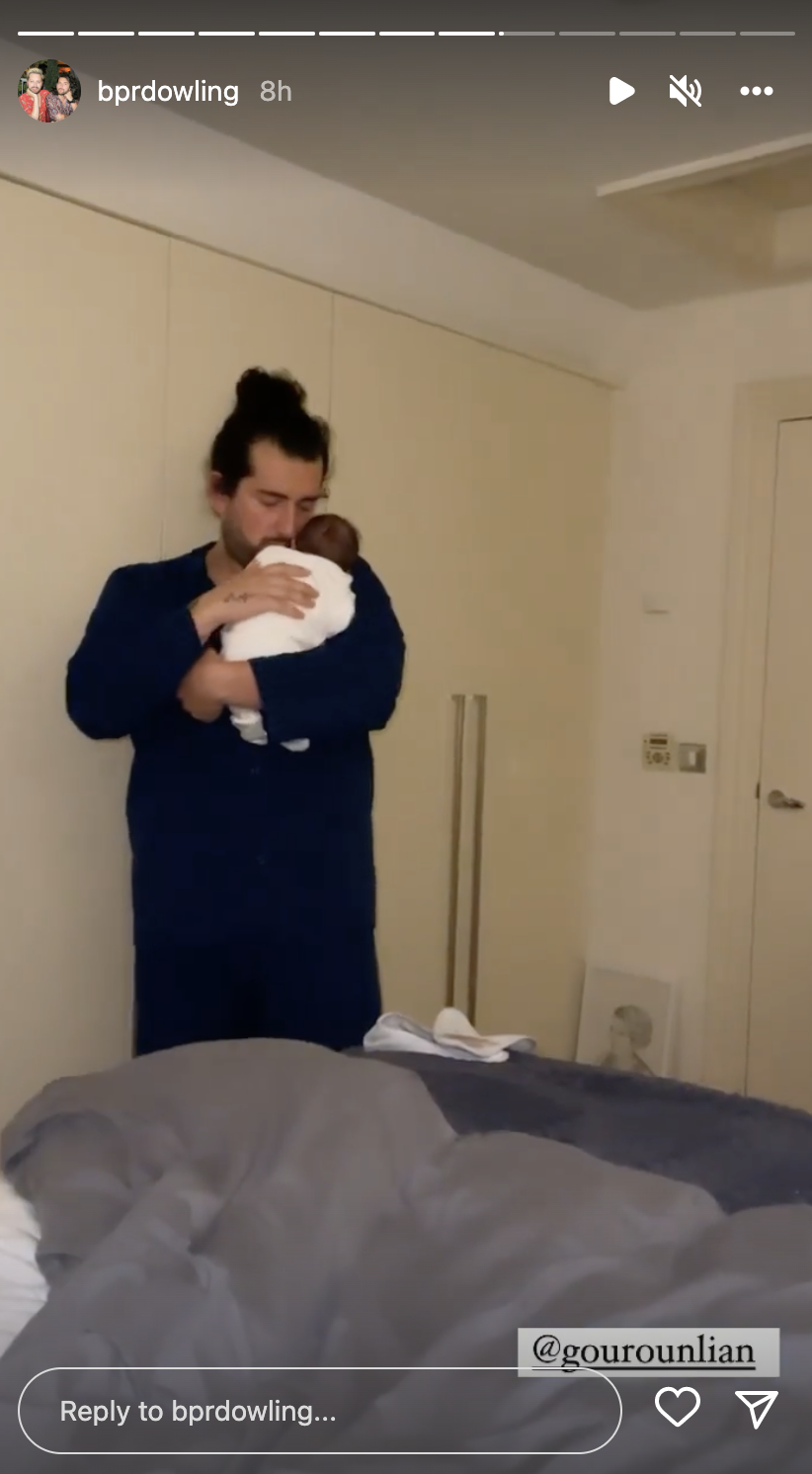 ‘Look at all that hair, so shiny and dark’, he said.

The presenter proceeded to share a lengthy post to his feed, which he called an ‘Aoife Dowling appreciation post’ as he recalled the ups and downs of his sister being their surrogate.

He started off by calling sister Aoife an ‘absolutely incredible human’ and said their dream of starting a family has been in the works for ‘years’.

‘From our first jokingly conversations about this back in 2015 when you moved in with us to our more serious chats about it in January 2021 in the middle of the pandemic when we would go on our daily walks. This has been in the works for YEARS’, he began.

‘But everything happens when it’s supposed to and for us everything really clicked. Your dedication and focus has been out of this world.’

Brian praised his sister for ‘putting yourself out there publicly for everyone to voice their opinions’, stating that she ‘never faltered’, even when they received ‘vile’ and ‘disgusting’ messages.

He then described the ‘dramas’ the three faced regarding ‘hormones’, explaining that ‘here in Ireland’ there is ‘no legislation regarding surrogacy’ so they struggled to find information and guidance.

Getting candid, Brian added that there was a point when he and husband Arthur ‘debated stopping everything’ but his sister encouraged them to ‘keep going’.

She received four positive pregnancy tests on December 30 last year, then Aoife ‘glided through your pregnancy with such joy and elegance’.

‘Just when we thought we couldn’t be in awe of you any more, you handled our delivery day last Thursday, September 1 like a BOSS. I’m here writing this actually thinking you need a medal or indeed be knighted.

‘Seeing you hold Blake for the first time was so emotional for all of us. We know her because of you, because of all the time we spent together’;

He concluded to say that Aoife isn’t ‘just my sister or Arthur’s sister-in-law’ but ‘an angel and also our best friend’.

‘You deserve the world and everything you desire’.

Brian and Arthur have been married for seven years but kept their baby journey private until recently, announcing they were expecting a child in May before sharing their happy arrival with the world this month.