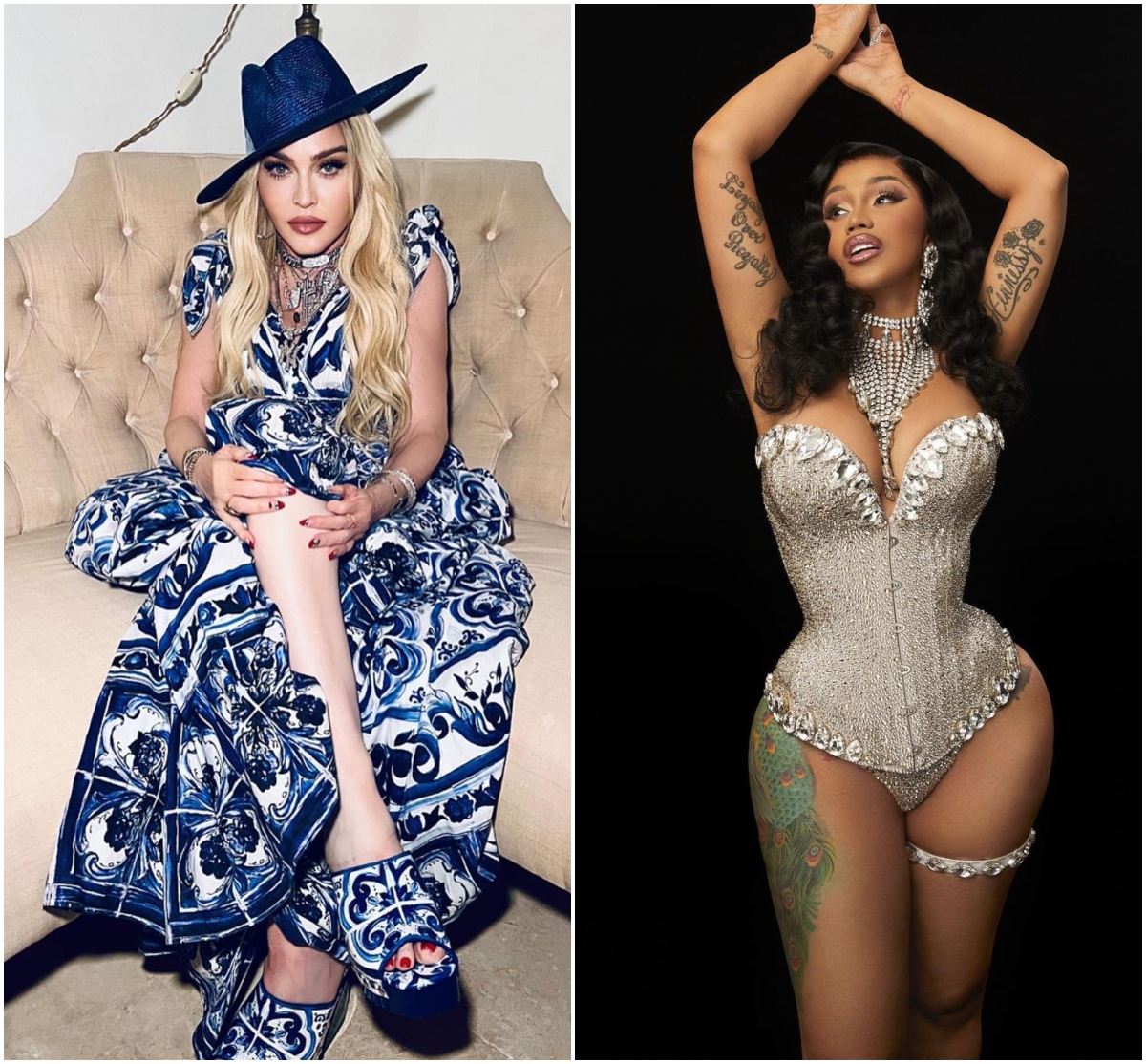 Whenever Madonna is mentioned these days, it’s usually for an attention-seeking reason. Last week marked the 30th anniversary of her 1992 book S.E.X. It was said to be pretty controversial at the time. I have no memory of it since I was only three, but yes, the content definitely would have been considered controversial then and not so much now. But, instead of noting the ways in which societal norms change over time, Madonna took an interesting position and invoked the names of several other celebrity women with sexuality-related controversy of their own and literally said “you’re welcome bitches” with a clown emoji. Cardi B rightfully chafed at Madonna’s comments and use of her name and responded on Twitter.

Madonna is reflecting on the time when she created her iconic book, Sex.

The Grammy Award winner, 64, celebrated the 30th anniversary of her controversial 1992 book Friday with a statement on her Instagram Story, in which she called out those who have sex-shamed her while she empowered a whole new generation of stars.

“Thirty years ago I published a book called S.E.X. in addition to photos of me naked. There were photos of men kissing men, woman [sic] kissing woman, and me kissing everyone,” she started. “I also wrote about my sexual fantasies and shared my point of view about sexuality in an ironic way.”

“I spent the next few years being interviewed by narrow-minded people who tried to shame me for empowering myself as a woman. I was called a whore, a witch, a heretic and the devil. Now Cardi B can sing about her WAP. Kim Kardashian can grace the cover of any magazine with her a— and Miley Cyrus can come in like a wrecking ball. You’re welcome bitches…….” Madonna added, with a clown emoji.

Cardi, 30, did not appear too amused by the Madame X artist’s statement, pointing back to an Instagram caption of her own in which she referred to Madonna as “my real life IDOL” after performing for her at the music icon’s 2018 Academy Awards after-party (where Kardashian was also in attendance).

“I literally [paid] this woman homage so many times ’cause I grew up listening to her… she can make her point without putting clown emojis and getting slick out the mouth. These icons really become disappointments once [you] make it in the industry. That’s why I keep to myself,” Cardi wrote on Twitter.

Not long after, however, the “Up” rapper said that she and Madonna spoke to one another and cleared the air. “I talked to Madonna …It was beautiful ….Have a great day and drive safely yallll,” she tweeted.

Madonna also shared a tweet, writing, “I love you @iamcardib !! Always have and always will.”

I like Cardi B’s “I’m not angry, I’m just disappointed” energy. That truly works every time. And it is, in fact, disappointing! There was no reason for Madonna to mention Cardi, Kim, and Miley in the way that she did. Madonna clearly feels that she was a trailblazer, and she was, but there is a gracious way to remind people of that and that wasn’t it. The phrasing was snide and resentful and the clown emoji and “you’re welcome bitches” was rude and immature. To my knowledge, none of them have ever said or done anything to warrant such animus from her. It seems like Madonna is just pissed that they make more headlines than her these days and she wanted to remind people that she is still around. Well this is not the way to do it. Cardi is right and it is disappointing to see an icon become so insecure and reduce herself to taking cheap shots at women decades her junior in some odd bid for relevancy. Like, you’re Madonna, you don’t need to prove you’re relevant, except she clearly feels she does and the try-hardness of it all is not a good look. Cardi came with the receipts of her previous praise and homage to Madonna and apparently they talked separately to squash the beef that Madonna materialized out of thin air. Maybe Madonna learned from this experience and the next headline about her will come without a caveat? Eh, we’ll see. 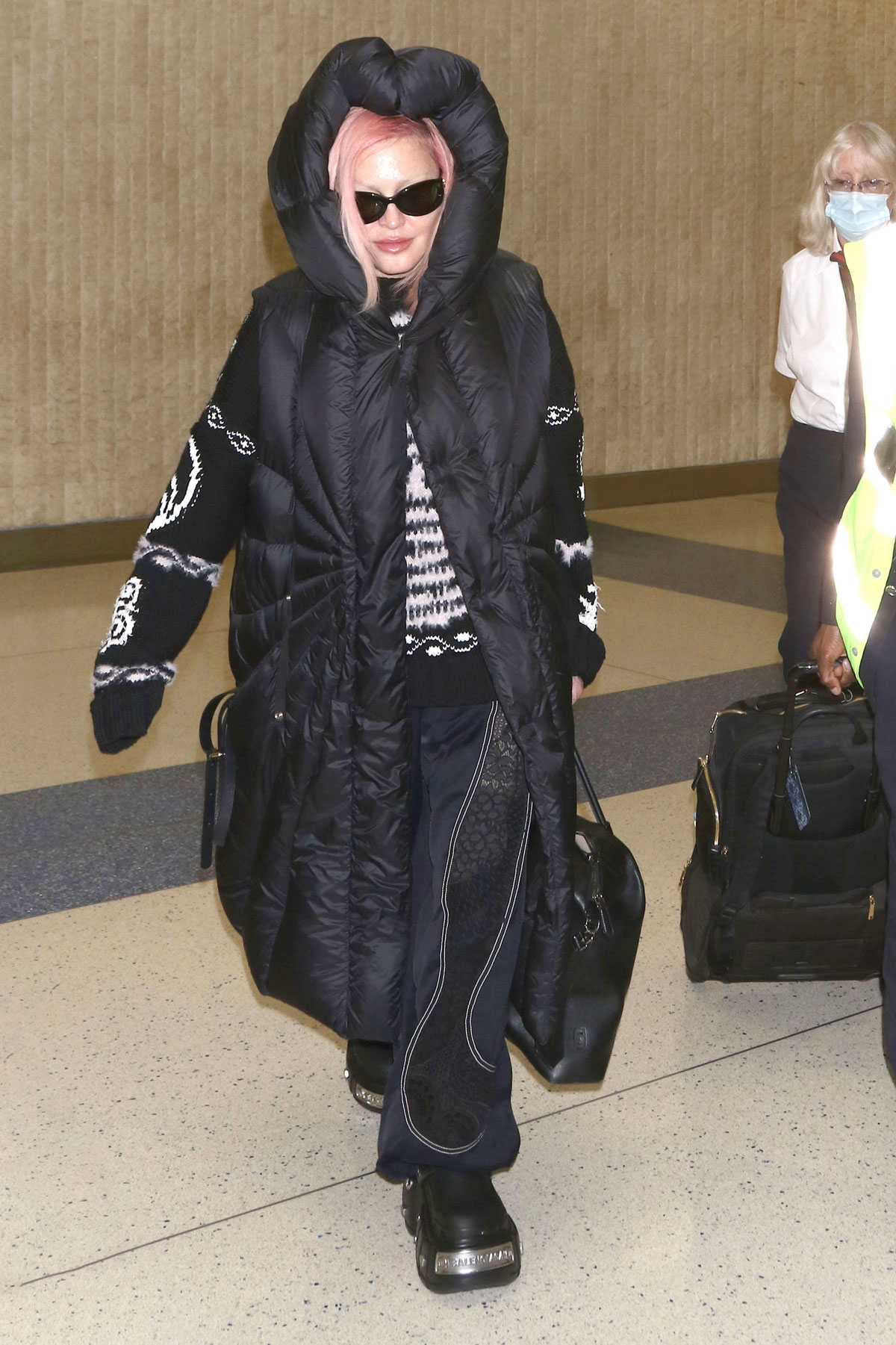