Sending her love. Carrie Ann Inaba worked alongside Julianne Hough on Dancing With the Stars for years, and now she’s supporting her through her split from husband Brooks Laich.

“I’m really sad. I get how relationships go up and down,” the longtime judge, 52, told Entertainment Tonight in a new interview. “Look at me! Three engagements, that’s me! You have to follow your heart because life is once, that we remember, and it’s so hard to be married in the spotlight and then break up.”

The Talk host was previously engaged to boyfriend Jesse Sloan for one year in 2011. She got engaged a second time to Robb Derringer in December 2016, but they ended the relationship in September 2017.

“I wasn’t even married and it was so hard to break up with my exes, so I get that,” the Hawaii native explained. “All I want to say to Julianne is that I love you and I support you. Anything you need, I’m right here. I’m your sister, always. Judges sisters!” 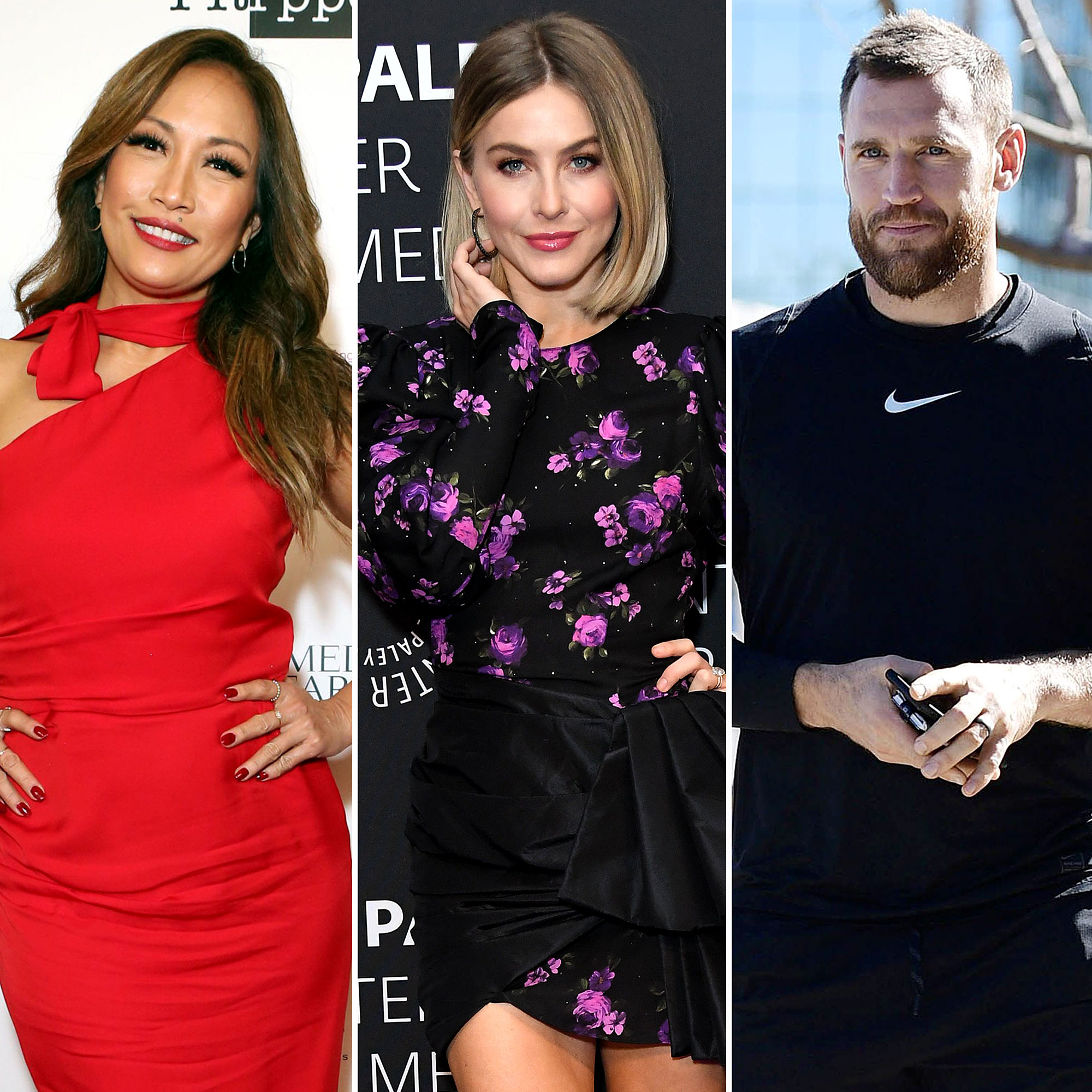 The Kinrgy founder competed as a pro dancer on the ABC reality show from seasons 4 through 8, then became a judge for seasons 19 through 21 and seasons 23 and 24.

The actress and the former NHL star, 36, announced their split on Friday, May 29, after nearly three years of marriage.

“We have lovingly and carefully taken the time we have needed to arrive at our decision to separate,” the pair, who wed in 2017, said in a statement to People at the time. “We share an abundance of love and respect for one another and will continue to lead with our hearts from that place. We kindly request your compassion and respect for our privacy moving forward.”

The split “was a long time coming,” an insider revealed to Us Weekly exclusively shortly after the announcement. “They both have been trying to find themselves separately from one another and deal with any issues they’ve faced that were exasperated while married. There’s still a love there, but not in a romantic sense.”

In April, a source told Us that the pair was “not doing well” after the former America’s Got Talent judge was spotted in Los Angeles with actor Ben Barnes, while Laich spent his time quarantining in Idaho. She also revealed later in the month that she felt “very blessed” to have time to herself.

“Being on tour for three months and traveling and starting a business … it’s a lot. So to be able to be home, and stop and pause, and look inward, and connect back to myself has been glorious. I’ve been on my own,” she shared on April 22. “My husband is in Idaho doing lots of yard work … and so we’re kind of doing our separate things right now. But it’s really been a magical time.” ‘Don’t shout back at us that all lives matter’: Michael Holding’s hard-hitting message on racism