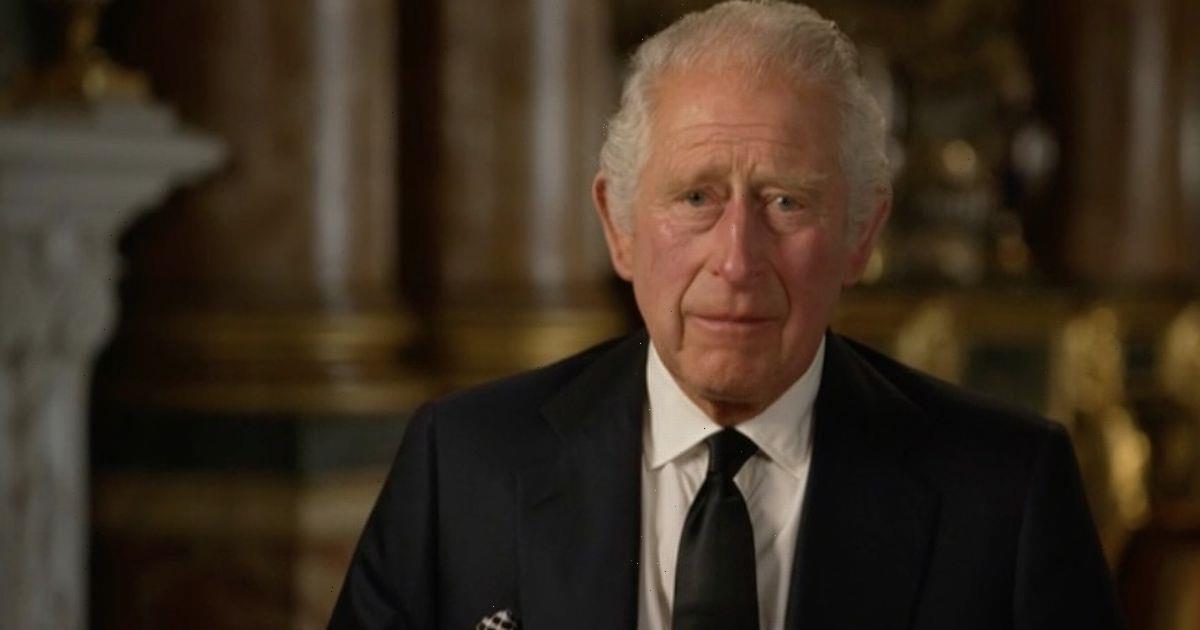 The national address was watched by millions on Friday evening and saw the King pay tribute to his mother, offer an olive branch to Prince Harry and Meghan Markle, and bestow the Cambridges with new titles.

It was filmed within hours of Charles’s return to London from Balmoral, where he was at his mother’s side as she died at the age of 96.

After the address aired, Buckingham Palace revealed a behind-the-scenes look at the speech being filmed, including the moments immediately after cameras stopped rolling.

Charles, who has put his own grief to one side in order to step into his new role, can be seen heartbreakingly asking: “Are we done?”

The 73 year old then has a conversation with an aide, which cannot be heard as music plays.

Charles’s speech was filmed in Buckingham Palace’s Blue Drawing Room. The King spoke from the antique polished desk in the grand state room where the Queen would sometimes film her Christmas broadcasts.

As well as paying tribute to his mother with his words, the desk featured numerous nods to the much-loved late monarch.

To the King’s left was a framed photograph of her smiling broadly and wearing a vivid blue coat and matching hat decorated with a red flower.

On the right, delicate white sweet peas set with sprigs of rosemary – the herb a traditional symbol of remembrance – were placed in memory of Elizabeth II.

The ornament was used by the Queen when she used to sit at the very same desk.

Since his mother’s death on Thursday, Charles has been thrown into completing numerous duties and, in the coming days, will need to approve and oversee plans for her funeral.

On Saturday morning, he gave his second speech in 24 hours at the Privy and Accession Councils, where he was officially declared King and signed an oath.

The Councils were televised for the first time in British history and also saw Charles approve a number of orders, including one declaring that the day of Elizabeth II’s funeral will be a bank holiday.

He was joined at the Councils by Queen Consort Camilla and the new Prince of Wales, William.