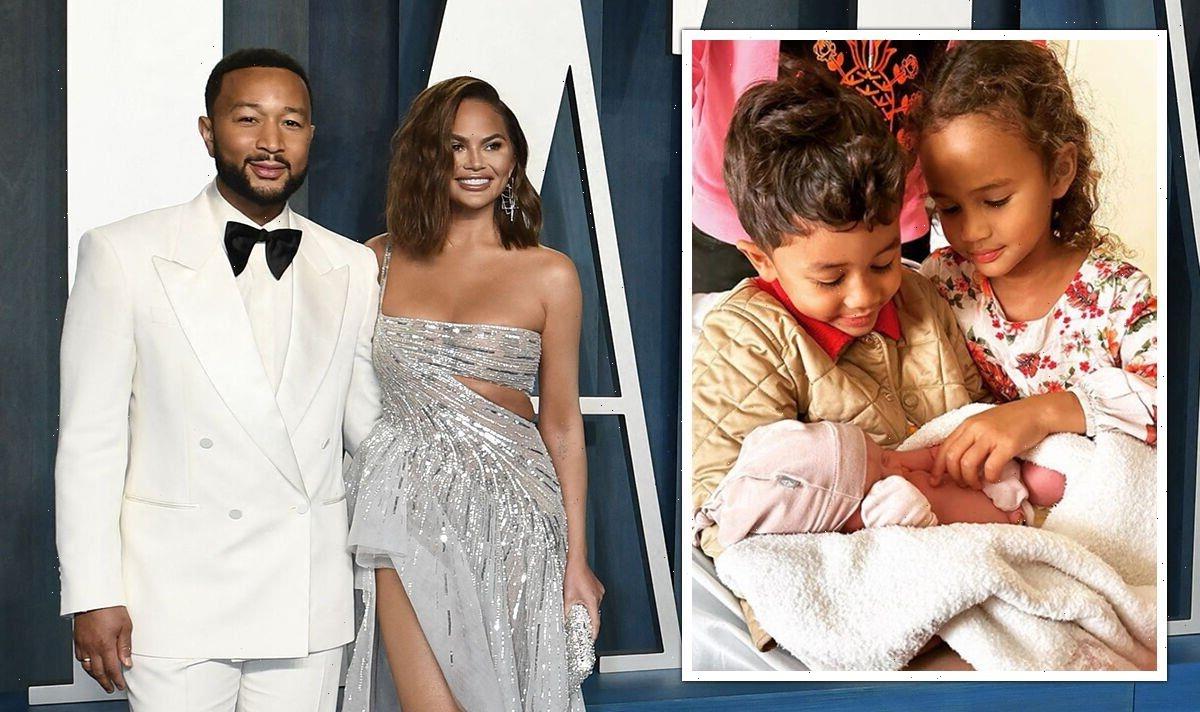 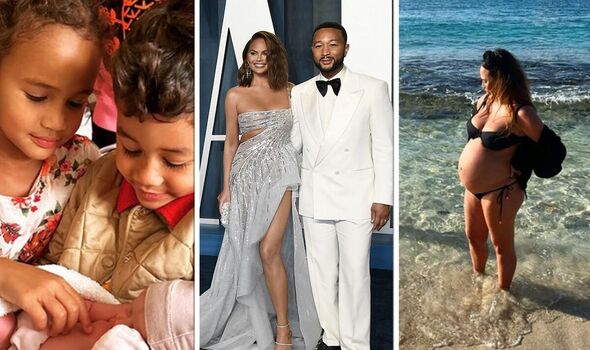 Chrissy Teigen, 37, and John Legend, 44, shared a sweet snap of the newest Legend on Instagram, noting: “The house is bustling and our family could not be happier.”

Baby Esti could be seen being cuddled by her older siblings as she lay wrapped in a white blanket with an adorable pink beanie and matching gloves.

Fans were whipped into a frenzy by the double-revelation, as some wrote up puns for the newborn, writing she was “born into the bEsti family” and “don’t underEstimate her” while thousands offered their congratulations and well wishes.

Celebrities were also affected by the baby fever, as Viola Davis, Angela Bassett and Kris Jenners congratulated the family.

The model’s last pregnancy in 2020, with son Jack, tragically saw the couple losing their baby at 20 weeks, making Esti’s arrival all that more special.

The couple heartbreakingly admitted the older Legend children, Luna, 6, and Miles, 4, “don’t quite understand” where their younger brother went, but are ecstatic for the newest arrival.

The model captioned the pic: “She’s here! Esti Maxine Stephens. Daddy sheds nightly tears of joy seeing Luna and Miles so full of love, and I am learning you still need diapers with a c section!? We are in bliss.”

Fans fawned over the newest Legend

As Chrissy and John announced their baby’s name, fans joked in the comments section: “Don’t underESTImate her.”

Chrissy and John have never been shy of showing off their family antics, even inviting their mischievous children to red carpet events.

Chrissy has fearlessly documented her pregnancy on social media

Since announcing her pregnancy in August, Chrissy has kept fans diligently updated on her bump, even when in this snap she felt “comical at this point”.

The model announced her pregnancy in August last year

She captioned a post of her early bump: “The last few years have been a blur of emotions to say the least, but joy has filled our home and hearts again. 1 billion shots later we have another on the way. It’s been very hard keeping this in for so long!”

The model has candidly spoken about the “son we almost had”, sharing this heartbreaking snap on the year anniversary that they lost little Jack.