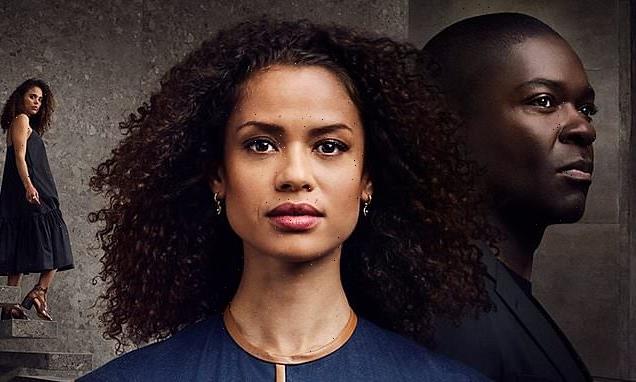 The death rate on dramas set in sleek modernist houses of cement and glass has been so high this year, we need to invent a word for it: ‘Murdernism.’

Keeley Hawes was stranded in a concrete box filled with smart gadgets, after her architect husband broke his neck on the stone stairs, in Finding Alice.

Acres of marble walls and worktops surrounded Joanne Froggatt as her hubby plotted to kill her in Angela Black. She lived in a mausoleum, not a home.

It was the same story for Connie Nielsen as Jo, who took a near-fatal tumble (down dodgy stairs again) in Close To Me, and Elaine Cassidy in the Irish thriller Intruder. 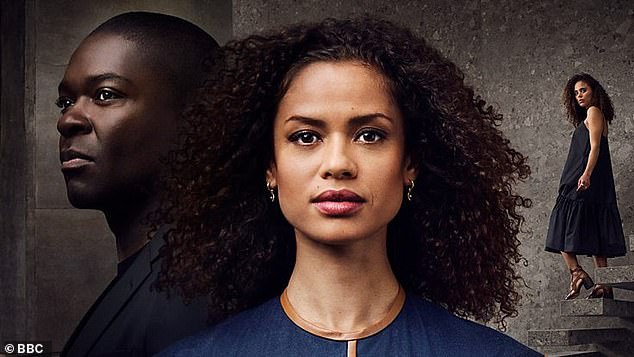 Jane moved straight in. So did Emma and her needy boyfriend Simon (real-life couple Jessica Plummer and Ben Hardy, both from EastEnders). That was confusing, until it gradually emerged that we were watching two stories, three years apart

Windows bigger than Imax screens and electronic front doors are a promise of bloodshed to follow. Any woman who thinks of moving into a place with timber cladding on the outside or a staircase that has no banister might as well call 999 right now.

Jane (Gugu Mbatha-Raw) failed to spot the dangers, in yet another of the genre, The Girl Before (BBC1).

She blundered on, even when her control freak of a landlord handed her a list of 200 rules for minimalist living — including no children, no pets, no plants, no rugs and no books.

Creepy Ed (David Oyelowo) also informed her that his computers would choose the background music and monitor her in the shower. Still, the rent was reasonable, so Jane moved straight in.

So did Emma and her needy boyfriend Simon (real-life couple Jessica Plummer and Ben Hardy, both from EastEnders). That was confusing, until it gradually emerged that we were watching two stories, three years apart.

The key word there is ‘gradually’. This four-part psychological chiller — adapted by J.P. Delaney from his own novel — is painfully slow. In places, it’s like watching concrete set.

When Ed takes Jane to a cafe, we have to wait while they find a table, order their drinks (‘I’ll have a latte, please. No, make that cappuccino’) and then pause again when the coffees arrive. 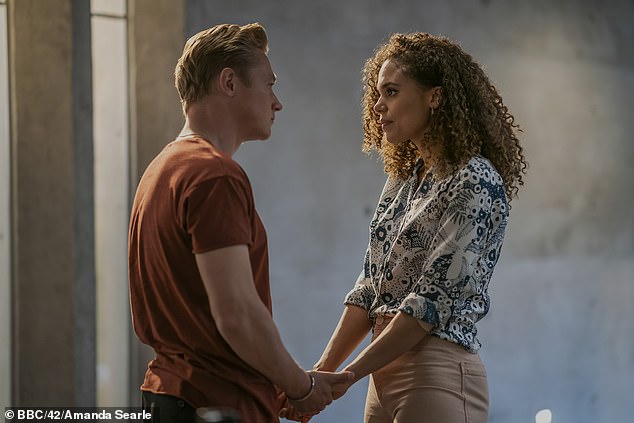 This four-part psychological chiller — adapted by J.P. Delaney from his own novel — is painfully slow. In places, it’s like watching concrete set

It’s also horribly bleak. One woman has suffered a stillbirth, the other a rape at knifepoint, both of which are described in detail.

Ed is grieving for his wife and baby, killed in an accident when the concrete house was still a building site. He says this ‘terrible crushing defeat’ feels like a gamble that failed, and he’s angry because he hates to lose a bet.

Clearly, minimalism is unhealthy for the soul. What Ed, Jane and Emma need is a three-piece velour suite and a shelf-load of holiday souvenirs. That’ll cheer them up.

Or they could go on Romesh Ranganathan’s revived version of The Weakest Link Strictly Special (BBC1). In contrast to the original, where Anne Robinson was vile to everyone, the new host is spreading love by the shovelful.

‘Right, this is very exciting, guys, can you feel it? I’m gonna be really nice to you,’ he told his celebrity contestants.

When Catherine Tyldesley from Corrie got her first question right, Romesh told her: ‘Catherine, I want to single you out for some very high praise. That was amazing, well done for that.’

He’s kept the catchphrase, ‘You are the weakest link — goodbye.’ But he prefaces it with: ‘This breaks my heart.’

The quiz is as good as ever, packed with rapid-fire questions that veer from the embarrassingly simple (‘Which party won the most seats at the last General Election?’) to the truly challenging.

Anton Du Beke will be high-kicking himself for this one: ‘What ‘J’ is an era in prehistory during the age of dinosaurs?’

Proud mum of the weekend: Alan Carr’s mother was enjoying her first visit to the Albert Hall as her son hosted The Royal Variety Performance (ITV).

‘She didn’t know the camera would be on her,’ he admits. ‘Though I kept dropping hints she should get her hair done.’ Awww.