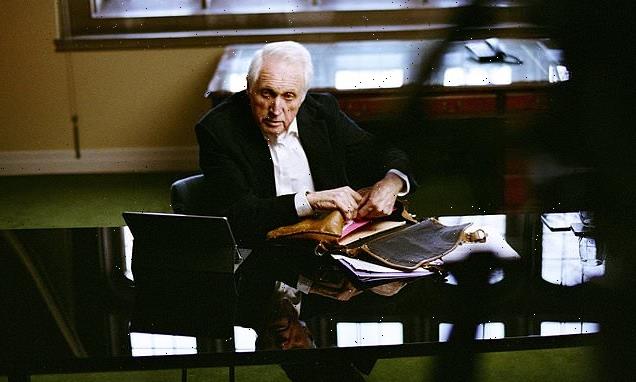 Days That Shook The BBC With David Dimbleby

Amid the onslaught of obscenity as Have I Got News For You? returned last Friday, compere Jack Dee alliteratively referred to departing PM Boris Johnson as ‘a cosmic ****’, and the studio audience cheered.

Not long ago, that word was unbroa-\dcastable. Aren’t the boys on HIGNFY edgy to say it now? Just look at their self-satisfied smirks.

In fact, team captain Ian Hislop wore the same smug expression during an episode in 2007, and the audience laughed just as loudly, when he used other shameful language.

Raking over a controversy on C4’s Big Brother, he repeated racist and homophobic slurs — the N-word and ‘p***ter’. That nasty little outburst is conveniently forgotten now, even as HIGNFY poses as the satirical show that cannot be censored.

This is the Beeb at its least self-aware and its most sanctimonious. The same tendency was on display as David Dimbleby addressed the Jimmy Savile scandal in Days That Shook The BBC (BBC2).

By ‘scandal’, the former Question Time host did not mean the horrific conspiracy of silence that allowed a blatant paedophile to present children’s programmes for decades. 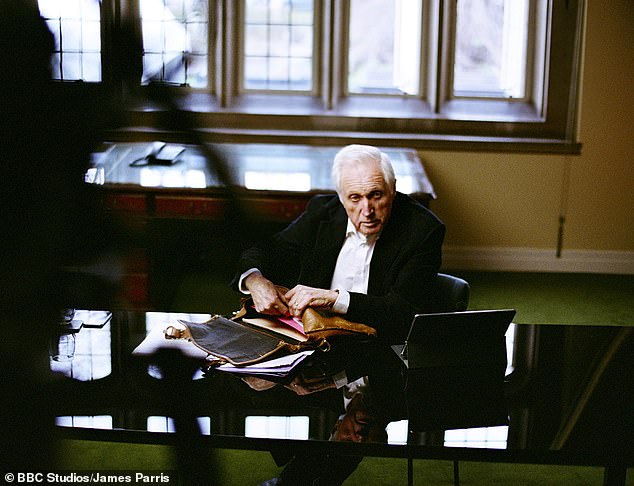 By ‘scandal’, the former Question Time host David Dimbleby (pictured) did not mean the horrific conspiracy of silence that allowed a blatant paedophile to present children’s programmes for decades

He wasn’t talking about the unspeakable sexual abuse that took place on BBC premises, or the way that many who raised concerns were bullied into keeping quiet.

And he certainly wasn’t asking whether Savile was given protection by highly placed individuals within the organisation. That’s a question the BBC has always sought to avoid.

The only scandal discussed here was the postponement of a Newsnight report into Savile’s crimes, after his death. The subsequent controversy contributed to the resignation of director-general George Entwistle.

Dimbleby shook his head and tutted, but seemed to imply that the tragedy here was how a slice of damn good journalism was impeded by bureaucracy — not that staff at Britain’s state-funded broadcaster harboured and enabled a prolific sex offender for more than 40 years.

His regrets over the ‘sexed-up’ dossier affair in the Iraq War were equally reluctant. Radio 4 reporter Andrew Gilligan accused the government of planting false information into a security report. Gilligan later said he ‘misspoke’. Former director-general Greg Dyke, who resigned in the wake of the Hutton Inquiry, said he still suspected the dossier was ‘sexed up’. Gilligan’s source, weapons expert Dr David Kelly, had been found dead in woods near his home. His death was recorded as suicide.

Again, Dimbleby’s conclusion was that the BBC’s mistake was a trivial one. But by bodging the accusation, their incompetent news team allowed Tony Blair’s government to brush over the truth. Iraq did not have weapons of mass destruction, and Britain went to war on a false premise.

Far from facing up to world-shaking days, David Dimbleby seemed to be doing his utmost to minimise them. 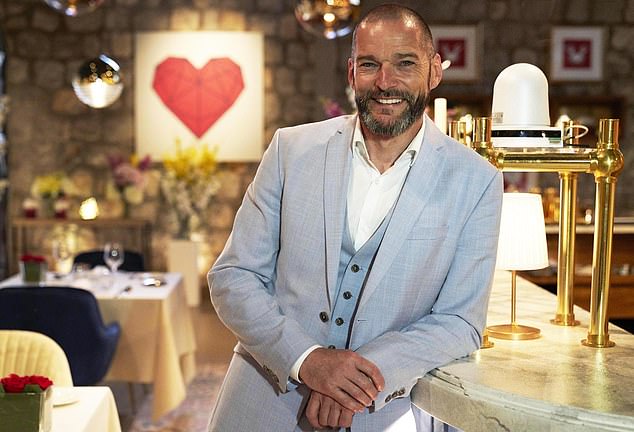 Always intent on novelty, this series sometimes sacrifices any chance of real romance for the sake of showcasing eccentric characters or tragic back-stories.

This time, the balance was right. Twins Bethany and Shannon, aged 23, were mourning the loss of their mum but genuinely hoped to fall in love.

Their dates, 24-year-old roofer Phil and gas engineer Aaron, 30, both turned up in tight grey trousers with turn-ups. The girls were duly smitten.

When Bethany started talking about the children they’d have — and her date didn’t flinch — the outcome was obvious. We await First Dates: Wedding Bells.