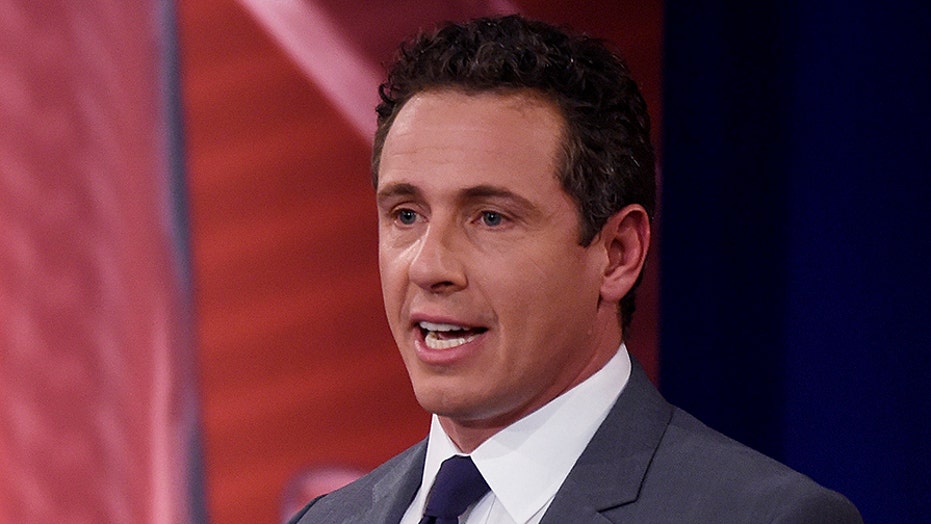 Joe Piscopo reacts to Chris Cuomo ‘Fredo’ confrontation: ‘It was a racist comment’

Joe Piscopo, Italian-American radio talk show host and comedian, speaks exclusively to Fox News Digital about why CNN anchor Chris Cuomo reacted with curses and threats in a video, that has since gone viral, where the journalist is called ‘Fredo’ and considers it an insult.

Celebrities sounded off after a video of CNN anchor Chris Cuomo cursing and threatening a man who taunted him with a “Godfather” reference went viral.

The clip, which originally surfaced on the YouTube channel "That's The Point with Brandon," begins in the midst of the confrontation. A man allegedly approached Cuomo and called him "Fredo," a likely reference to the weakling brother played by John Cazale in the iconic film.

"No, punk-ass b—es from the right call me 'Fredo.' My name is Chris Cuomo. I'm an anchor on CNN," a heated Cuomo responded. "'Fredo' was from 'The Godfather.' He was a weak brother and they use that as an Italian slur — are any of you Italian?… It's a f—king insult to your people. It's an insult to your f—kin' people. It's like the N-word for us. Is that a cool f—king thing?"

The heated argument ended without violence, but the video went viral, prompting a response from the CNN anchor.

Since the video’s posting, some of Hollywood’s more outspoken celebrities shared their thoughts on the controversy.

Actor Adam Baldwin sounded off on the situation as well, blaming Cuomo for overreacting.

"Wrong @ChrisCuomo, 'Fredo' simply means that you’re the dumb one. Change our minds," he wrote.

"The View" host Meghan McCain noted that if Cuomo were a woman, the reactions to this incident would have been different.

"However you feel about Chris Cuomo’s behavior today, there’s not one woman in ALL of media who could be filmed in public on an obscenity filled tirade and be supported by their network and public the way he is right now. Men get to be tough and swear, women are 'unhinged'…" she wrote.

"CNN’s Chris Cuomo: Standing with you, Chris…Any husband and father would have done the same thing to protect his family," wrote KISS rocker Gene Simmons.

"Hey “Fredo” is not a racial slur. It’s hilarious and so dumb to say it is. Also, the dude who came up to @ChrisCuomo, antagonizing him was a p—y. He deserved to be put in his f—kin place," wrote comedian Chris D'Elia.

"I knew it was you @ChrisCuomo, you broke my heart #fredoCuomo," Antonio Sabato Jr. mocked, referencing the film.

Chelsea Handler sassed, "If you think the Chris Cuomo situation is upsetting, then you should see what Trump’s doing to children at the border."