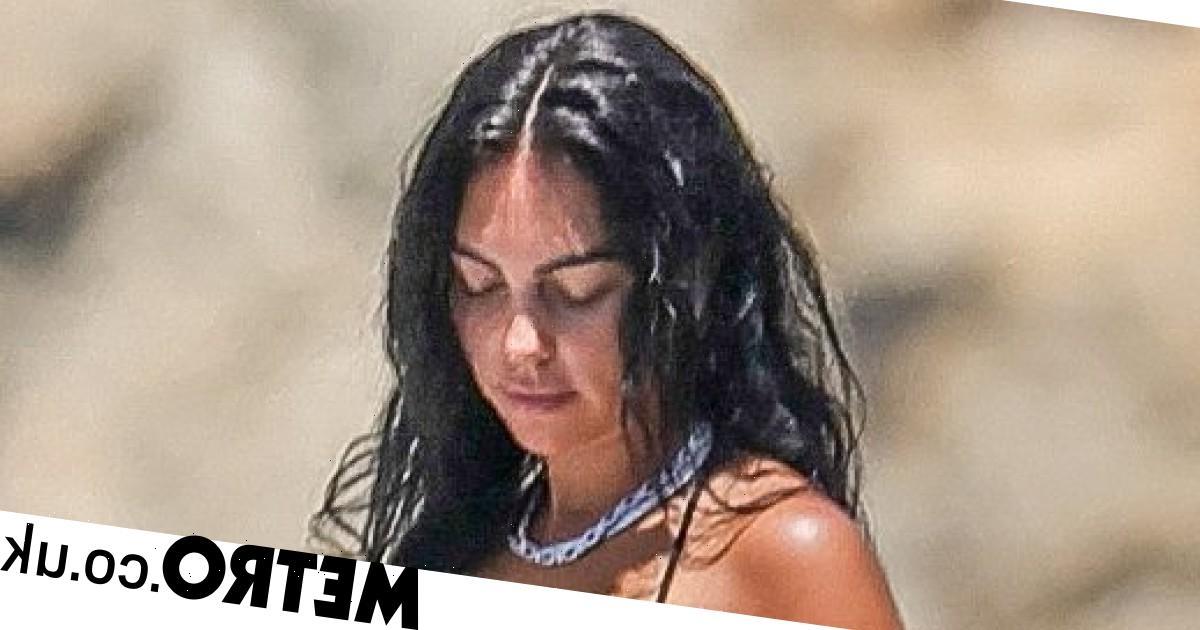 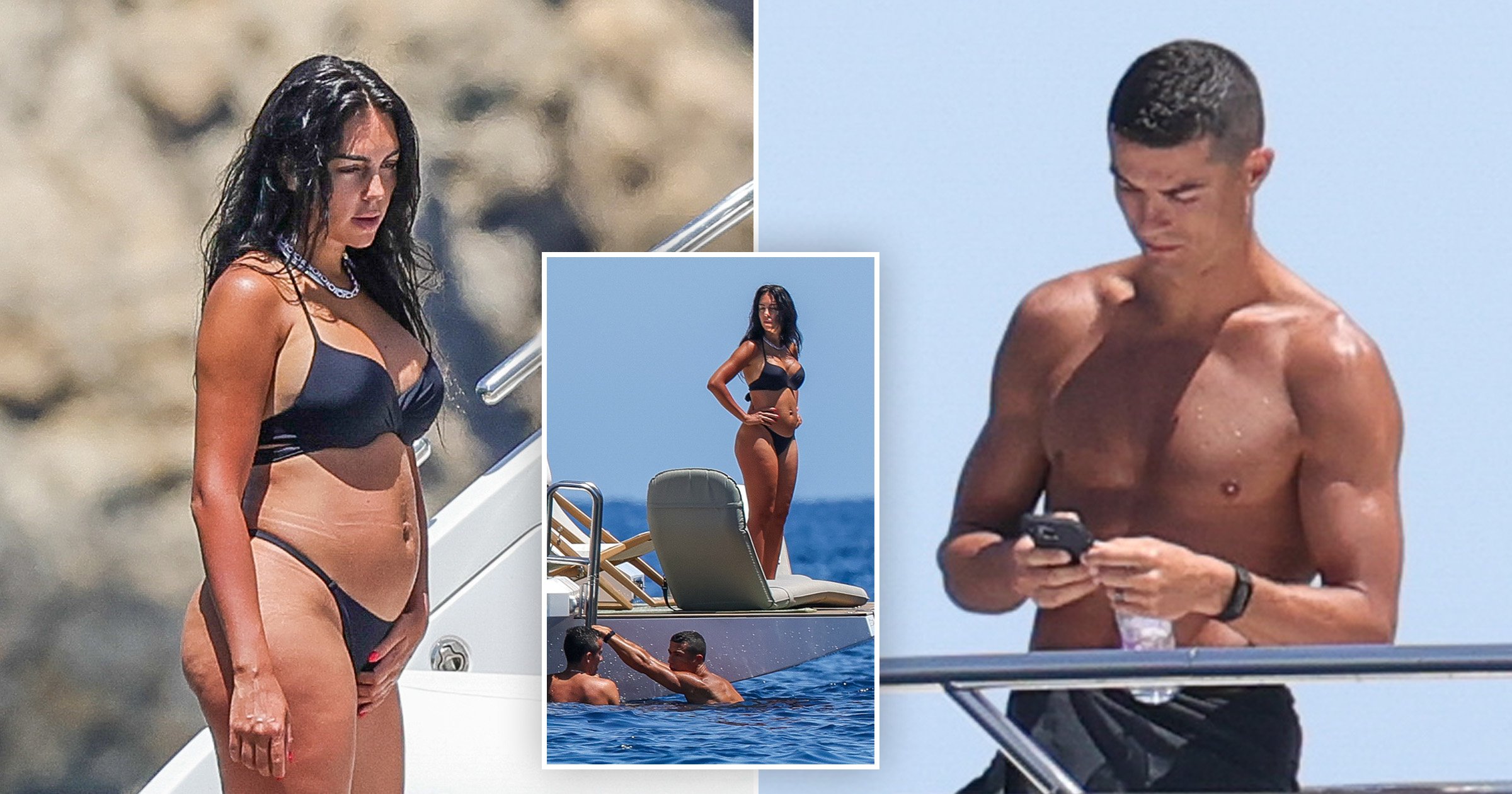 Cristiano Ronaldo and Georgina Rodriguez have quite literally made a splash in Ibiza, with the couple enjoying all the water sports while lounging on a superyacht.

The Manchester United footballer has whisked his large family away on a sun-kissed European summer break to make the most of his time off from the football season, which is currently on a hiatus until August.

After spending time in Mallorca, the clan are currently enjoying all that Ibiza has to offer and they’re obviously not scrimping on the costs, with Cristiano, 37, and Georgina, 28, hiring a luxury superyacht to entertain them over the weekend.

Hours after enjoying a big night out in Ibiza town, the couple were seen basking in the warm weather on the sundeck.

Georgina, donning a black triangle bikini, was spotted chatting to loved ones on deck before jumping into the water for a cool down. Of course, the former fashion assistant did it in style wearing a chunky diamond necklace around her neck, which is definitely not how most of us look after emerging from the sea.

Cristiano was also seen enjoying a dip in the water before showering down once climbing back onto the swim platform.

At one point, the sports star took a moment to himself and was seen checking his phone on one side of the yacht away from the group. He later joined a deckhand for a spot of fishing and looked pretty chuffed about the possibility of catching bait.

The couple’s five children – Cristiano Jr, 12,  twins Eva and Mateo, five, Alana, four, and newborn daughter Bella – were nowhere to be seen as the adults had their own fun.

In the early hours of Sunday morning, Cristiano and Georgina were spotted letting their hair down on a night out with friends at the El Lio club and cabaret, where they danced, hugged and kissed until it was eventually time to head home.

It has been a difficult year for the family after they suffered the death of Cristiano and Georgina’s baby boy in April. Bella, now two months old, was delivered successfully but her twin brother died during childbirth.

‘Only the birth of our baby girl gives us the strength to live this moment with some hope and happiness,’ the couple said in a statement at the time, adding: ‘We are all devastated at this loss and we kindly ask for privacy at this very difficult time.

‘Our baby boy, you are our angel. We will always love you.’

Cristiano and Georgina met in 2016 when he walked into the Gucci store where she was working as an assistant. Rumours have long persisted about an engagement but the pair have previously shut down the speculation.