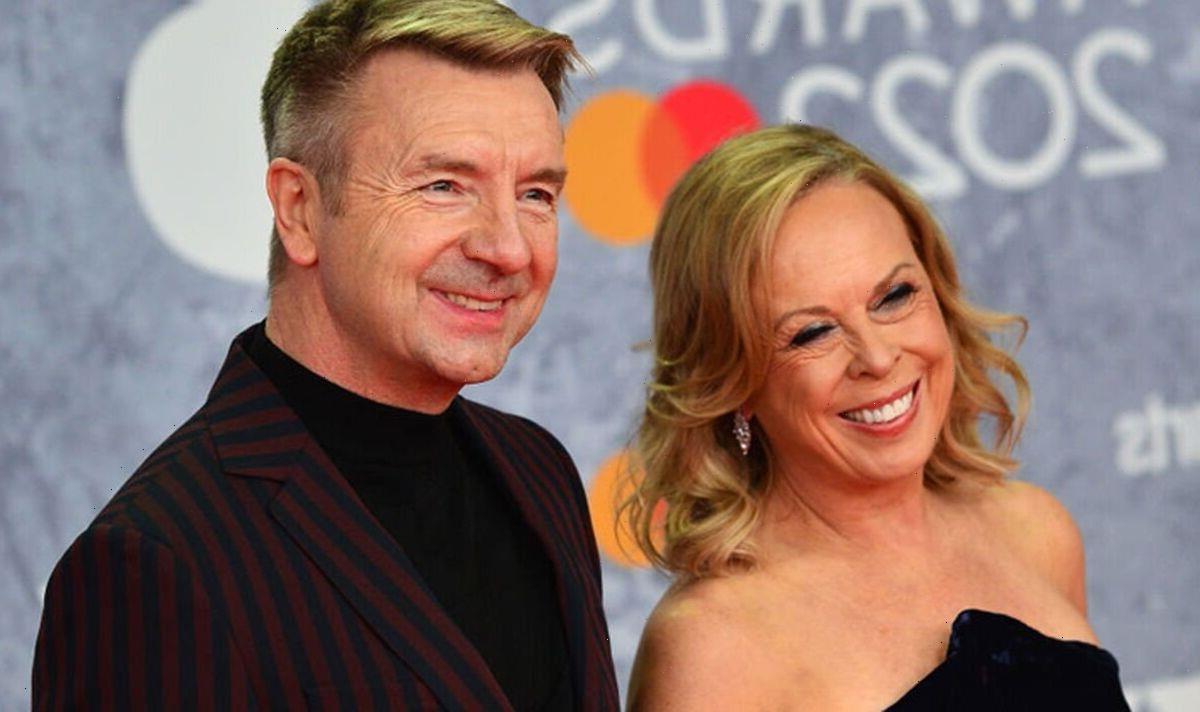 Over the years many believed Jayne Torvill, 65, and Christopher Dean, 64, were a couple but the friends have swiftly cleared up that rumour. The Dancing On Ice duo, who won gold at the 1984 Winter Olympics in Sarajevo, did, however, share a “one-off” kiss.

The sensuality of their famous Bolero routine led many to speculate about the pair’s off-rink relationship, but it has always remained strictly professional.

But Jayne did previously reveal the pair did share a cheeky kiss as teenagers.

It happened after they teamed up for the first time back in 1975.

“We were in the back of the bus going to a league match, and it just happened. It was a one-off. We never talked about it afterwards. We laugh about it now,” explained Jayne.

Despite the pair’s undeniable chemistry on the ice, the pair insisted that nothing more has happened but the kiss.

In the same interview with Radio Times, Chris explained that competing was the only thing that he and Jayne were focused on together.

“We were 14-years-old, and teenagers in the most naive sense,” he explained. “We didn’t talk about it much after.”

The two pal’s relationship remained strictly platonic and it was largely down to the pair staying focused on their skating competitions.

Chris explained: “We got close but at some point realised that we weren’t going to make a relationship off the ice in terms of a romantic one.

“We had seen a lot of partnerships fail. It was a conscious decision,” he added. “The skating was everything and having a relationship just didn’t occur to us.”

Jayne said she believes the Bolero got tongues wagging because it is a very romantic dance, so many were convinced they were a real-life couple.

She explained: “One journalist said, ‘So, Chris, when are you getting married?’ and he said, ‘Not yet!’ And that was it – there were reports that we were going to get married. I thought, ‘Oh no! Why did you say that?'”

The pair have a close friendship and speak on the phone almost every other day.

In an interview with The Mirror in 2018, Chris explained: “Constantly… like we pick up the phone and have no introduction. It might be about the kids [or] what are you buying me for Christmas?”

While Jayne added: “We still have a great spark and chemistry and we enjoy each other’s company but we have other partners as well.”

Jayne has been married to sound engineer Phil Christensen since 1990 and they adopted two children after struggling to conceive naturally.

Jayne once revealed that people think her husband is called Chris when they are out together, laughing: “My husband Phil has been called Chris quite a few times. He looks nothing like Chris. He often just goes with it rather than correct them.”

Meanwhile, Chris was previously married to French-Canadian World ice dance champion Isabelle Duchesnay, who he met while helping her and her brother with their choreography, between 1991 and 1993.

Following their divorce after just two years of wedlock, he fell for American skater Jill Trenary and they tied the knot in October 1994.

The couple lived in Colarado Springs and had two sons together, Jack Robert and Sam Colin, but announced they were separating in March 2010.

Dancing On Ice airs tonight on ITV at 6.30pm.