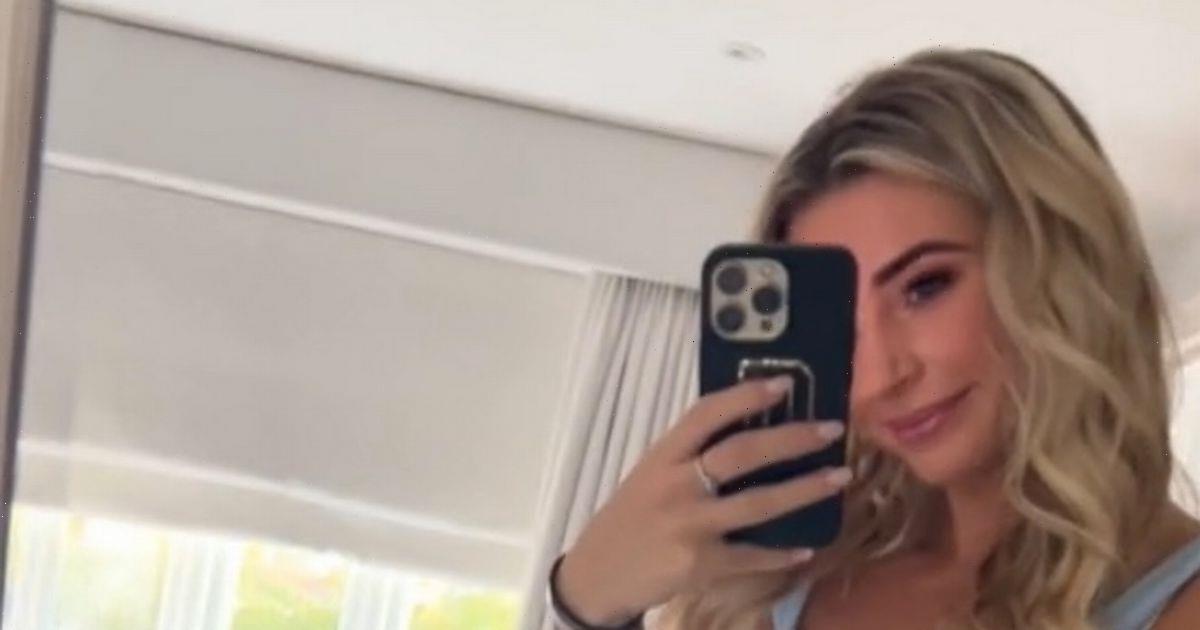 Dani Dyer has shown off her baby bump in a crop top and pyjamas as she documented her pregnancy journey with twins in her TikTok video.

The former Love Island star, who is in a relationship with West Ham United footballer Jarrod Bowen and shares son Santiago with her ex Sammy Kimmence, announced the news to her fans today (Friday 20 January).

The actress, who is the daughter of former EastEnders icon Danny Dyer, began by telling fans she and Jarrod have been "keeping a big secret".

As she reflected back on the pregnancy, the 26 year old mum-of-one shared clips of her watching her body change and bump grow in the mirror.

With moving boxes in the background, the stunning blonde twisted and turned as she smiled and showed off her tiny belly bump for the camera.

While in the next clip, Dani seemed much further along as she unveiled her belly under a pair of white cotton PJs.

Wearing her glasses and her hair up in a loose bun, the expecting mum smiled as she seemed excited to capture the latest changes in her bump.

The video then flashes forwards to Dani and Jarrod posing for a photo shoot as the pregnant star's bump was shown fully blossoming.

"Our little TWINS," Dani captioned her post, showing an adorable picture of little Santi holding a board with the sonograms of his two siblings on.

"So excited to meet our babies and watch Santi be the best big brother…" the star continued.

"The biggest surprise of our lives but feeling SO blessed…

"Our family is getting a lot bigger and I can't wait."

In November, Dani shared a sweet tribute to her boyfriend of one year, as she wished him a happy anniversary.

All the while, Dani and Jarrod were already keeping their twins news a secret, as the star couldn't resist gushing with happiness.

"Your the boyfriend I've always dreamed of having… grateful for someone as kind and special as you," she went on.

Dani split from her ex-boyfriend Sammy in 2020, and before that was in a relationship with her Love Island beau Jack Fincham.

The pair won the series together in 2018, but the romance was short-lived outside of the villa, only lasting a year.