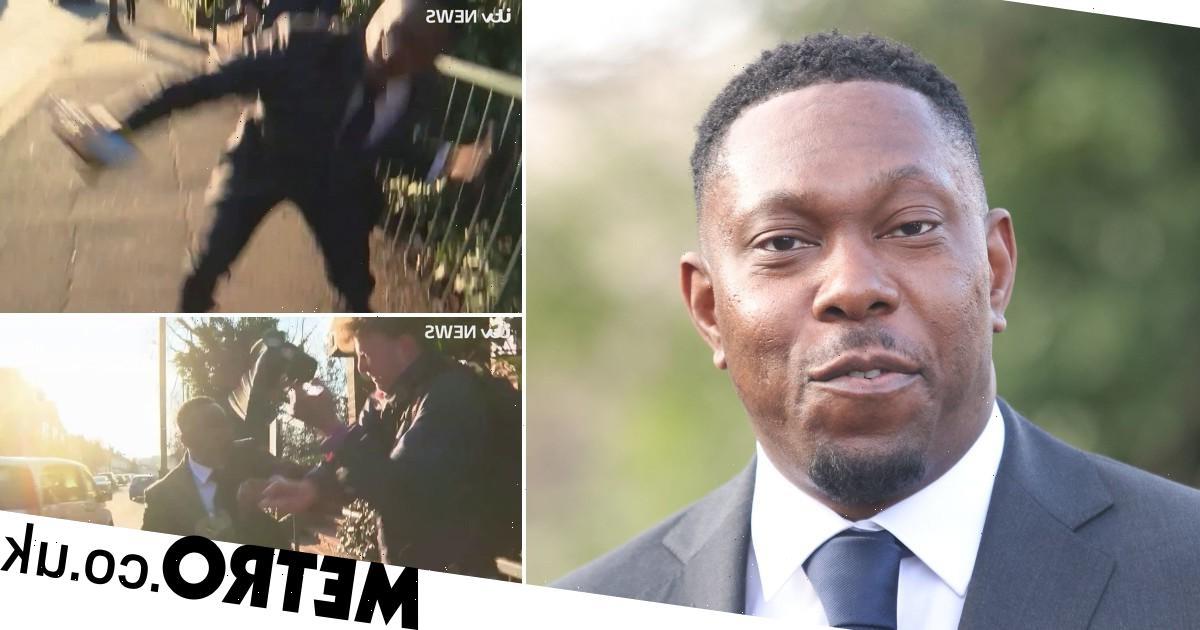 Dizzee Rascal was filmed smashing a photographer’s camera outside court today after he was found guilty of assaulting his former fiancee.

The Bonkers rapper – real name Dylan Mills – was convicted of assaulting Cassandra Jones, who he shares two children with, at a property in Streatham, south London in June 2021.

Shortly after the verdict was read at Wimbledon Magistrates Court, Mills was captured walking down a street when he got up close to a photographer.

Video footage obtained by ITV News shows Mills, 37, furiously grabbing the cameraman’s equipment before picking it up from the floor and throwing it into the road.

PA news agency photographer James Manning said: ‘He came out of the court, I was taking his picture, just standing still on the corner.

‘He then pushed my camera into my face, which then caused it to fall to the floor, at which point he then picked it up and then threw it across the road.

‘It smashed into a lot of pieces.’ 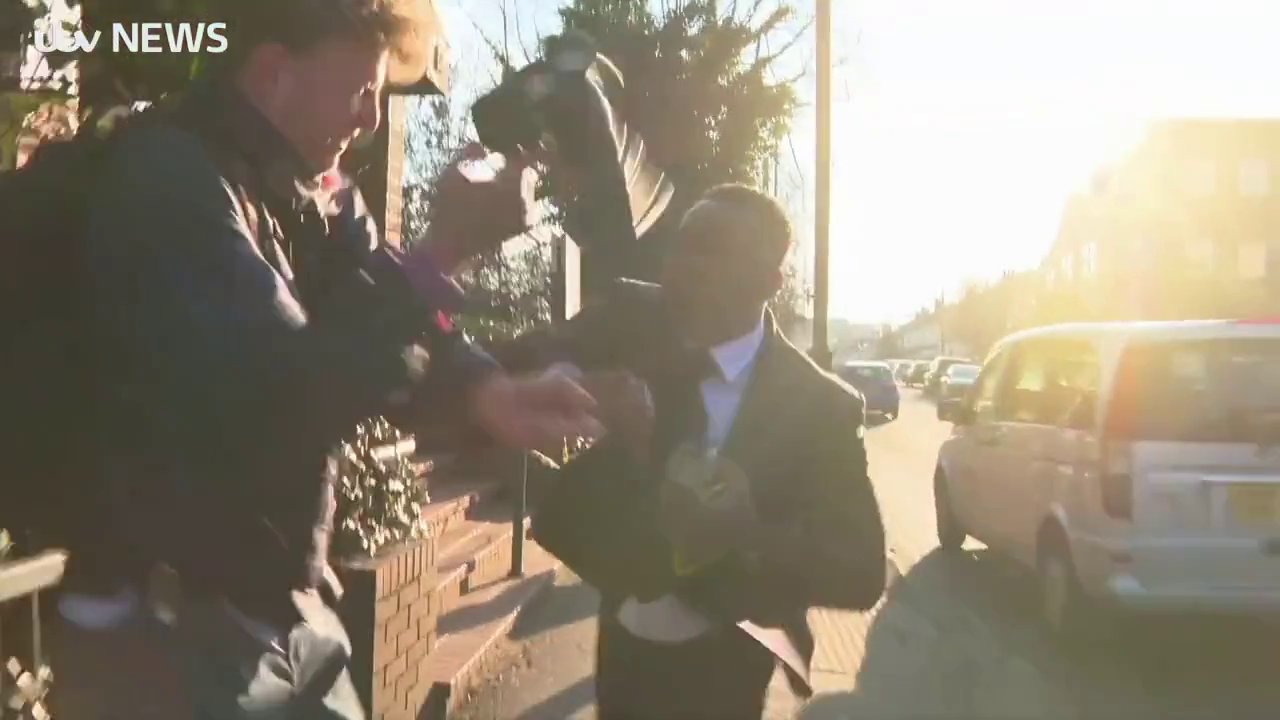 ‘I think he said something like “get away” or “get out of my face” or something along those lines.

‘After that he just walked off and I didn’t chase after him or anything like that.’

Mills had previously denied all allegations against him regarding the assault.

Following a trial, District Judge Polly Gledhill delivered her verdict on Monday afternoon and said: ‘I am satisfied so that I am sure that on June 8 that Mr Mills, on returning home with the child late lost his temper in an argument over child contact and finances.’

She added he was ‘abusive and aggressive’ and ‘assaulted her as outlined by the Crown’.

It was alleged that Mills pressed his forehead against Jones’ before pushing her to the ground during a ‘chaotic’ argument. The court heard that Mills and Jones, who had been together for nine years before their split, argued when Mills dropped off their daughter on the day of the alleged assault.

The pair, who split in February 2021, shared two children.

Mills’ former girlfriend Tanya Chehrehnegary also testified on his behalf and said she was ‘shocked’ when she heard about the allegations.

During the trial, which began in February, the prosecution argued that Mills ‘barged’ his way into the property with his son under his arms before ‘screaming and shouting’ and banging his head on the fridge three times.

Mills is said to have approached Jones, ‘put his forehead against hers and pushed her around the room’ and then ‘pushed her to the ground’.

The musician was arrested at the scene and gave a prepared statement during a police interview in which he denied the allegations and accused Jones of causing injuries to his arm.

He will be sentenced for assault on April 8 at Croydon Magistrates’ Court.

If you are in immediate danger call 999. If you cannot talk, dial 55 and the operator will respond.

For free and confidential advice and support for women in London affected by abuse, you can call Solace on 0808 802 5565 or email [email protected]