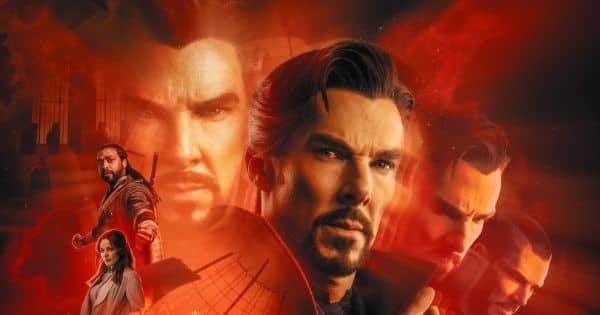 Doctor Strange 2 is set to storm theatres across most countries in the world on 6th May 2022, including India. The hype for the movie has reached a crescendo, with tickets being sold by the buckets in advance. In India alone, Benedict Cumberbatch starrer Doctor Strange in the Multiverse of Madness has already collected an estimated ₹20 crore nett in advanced sales as per our trade source and box office tracking, giving a clear indication of the kind of craze among the audience for the next installment in phase four of the MCU.

So, those are the pre-release figures from India. How much though is Doctor Strange 2 slated to make at the box office in its home country of the US and worldwide? Well, as per early estimated and our trade sources, the Benedict Cumberbatch starrer is tracking to the tune of $205 million for its opening weekend in the US alone, followed by a lifetime gross at the US box office of $520 million. As for its total worldwide cume, it seems that Doctor Strange in the Multiverse of Madness is slated to rake in $1.1 billion over the course of its entire run, making it the sixth MCU movie to collect in excess of $200 million and $500 million in its opening weekend and lifetime run in America, plus the eleventh Marvel movie to make over $1 billion in worldwide sales.

Returning to India, if one were to jog their memory a bit, you’d recollect that Spider-Man No Way Home had minted ₹32.67 crore nett on day 1 in India and ₹108.37 crore nett over its first weekend, where as Avengers Infinity War had raked in ₹31.30 crore nett and ₹94.30 crore nett on its opening day and opening weekend respectively, and given the huge advanced sale of Doctor Strange 2, it’s a distinct possibility that it could surpass all these numbers. That being said, the advanced bookings represent its entire first weekend, so a lot is still dependent on how much it collects in actuals on the day itself.

Now, coming to Avengers Endgame, that movie posted unbelievable collections of ₹53.10 crore nett on day 1 and ₹157.20 crore nett in its initial weekend, which may be too far out of the reach of Doctor Strange in the Multiverse of Madness, regardless of the Marvel brand value in India. Nevertheless, expect another tsunami at the Indian box office after RRR and KGF 2 with the release of the film.