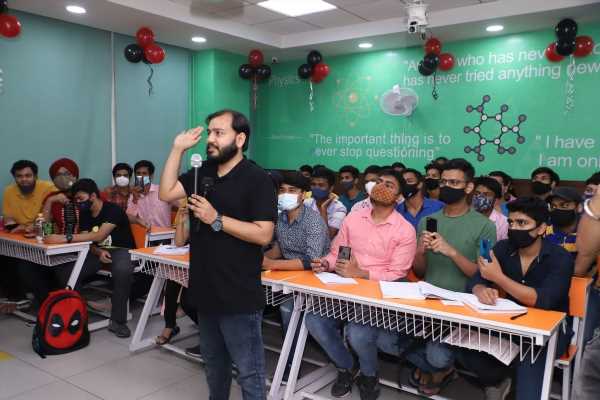 ‘With our focus and strategy we can solve at least 20 per cent per cent of India’s education problems.’

Alakh Pandey, founder and CEO of PhysicsWallah, is a different man, still passionate about teaching.

Unlike the founders heading multi-billion dollar edtech firms, Pandey is not too tuned into the start-up lingo and jargon.

This is despite his start-up recently going against the tide in the edtech space by becoming a unicorn. It raised $100 million in its first round of funding.

When asked what it means to be a unicorn at a time when edtech firms are sacking employees and focusing on profitability, he said, “Till six months back, unicorn for me meant the mythical creature. It was only when we started to talk about raising funds that I came across the other meaning. If a business cannot make profit, then it’s not a good one.”

“To sell a product worth Rs 100 for thousands of rupees and then calling it costing or cash burn is not sound business,” he told Shivani Shinde/ Business Standard over a video call.

Being a unicorn does not change much for him or for the venture, Pandey said. “In the past, you have seen companies becoming unicorns and then not being able to do well,” he added.

The focus on his students and teaching them are the only things he mainly stresses on. He has been an avid teacher ever since he was in Class 8.

He came from a low-income background, which meant that he could not get the opportunity to opt for a formal coaching for the IIT entrance exams.

“This thought always remains in my mind. I have always been a very low-profile person and my focus since then is to help students. I believe that money should not be a barrier in the path of a student’s education,” he added.

While Pandey does not name institutes that offered him crores, he managed to stay away from such offers because of difference in his core value.

“The first thing they would ask is kitna kama lete ho mahine mein? Tumhare das saal ka sapna agle das mahine mein pura kar denge (how much do you make in a month, we can fulfill your aspirations of 10 years in the next 10 months). Not a single call I received was about student welfare or how these videos can be taken to more students,” he said.

He received offers such as Rs 500 for 30 second videos to Rs 75 crore for some equity in PhysicsWallah or Rs 40 crore per year as salary.

So why raise funds now?

He is gearing up to launch educational content in nine languages, including, Bengali, Marathi, Tamil, Telugu, Gujarati and Malayalam.

“We also realised that we need to strengthen our core. For instance, we would give ESoPs to teachers, but since we were not valued, there was no validation of those ESoPs. Though we are very popular among the student group, parents do not know much about us. So, we need to invest in branding,” he added.

On the future of edtech, he is quick to say hybrid. “But the hybrid will be different. There are lots of models that have not been tried such as private tutors. We will experiment on a lot of new things,” he said. 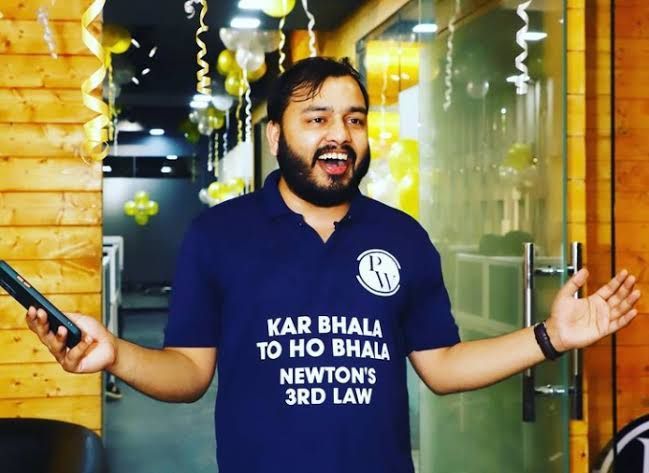 Hailing from Prayagraj, Pandey started his YouTube channel in 2014.

In 2018, the channel’s subscriber base crossed 50,000 and that is when he announced that PhysicsWallah will also come out with its own platform.

But getting the platform up and running did not happen.

In August of 2018, Pandey was introduced to Prateek Maheshwari, the brain behind the PhysicsWallah platform, and in 2020, the platform and app was launched.

“Prateek is responsible for the phenomenal growth of PhysicsWallah in the last two years. I look after the academics and finance, business, among others, are taken care of by him,” said Pandey.

The other commendable part of PhysicsWallah is the dedication of the teachers.

Since the company was formed, only four teachers left to other bigger edtech platforms.

PhysicsWallah has 500 teachers and Pandey said each teacher is a celebrity here. “They have 20,000 to 100,000 followers on Instagram,” he added.

When asked about venturing globally, he said, “There is so much to do in India,” said Pandey. “I think with our focus and strategy we can solve at least 20 per cent per cent of India’s education problems.”