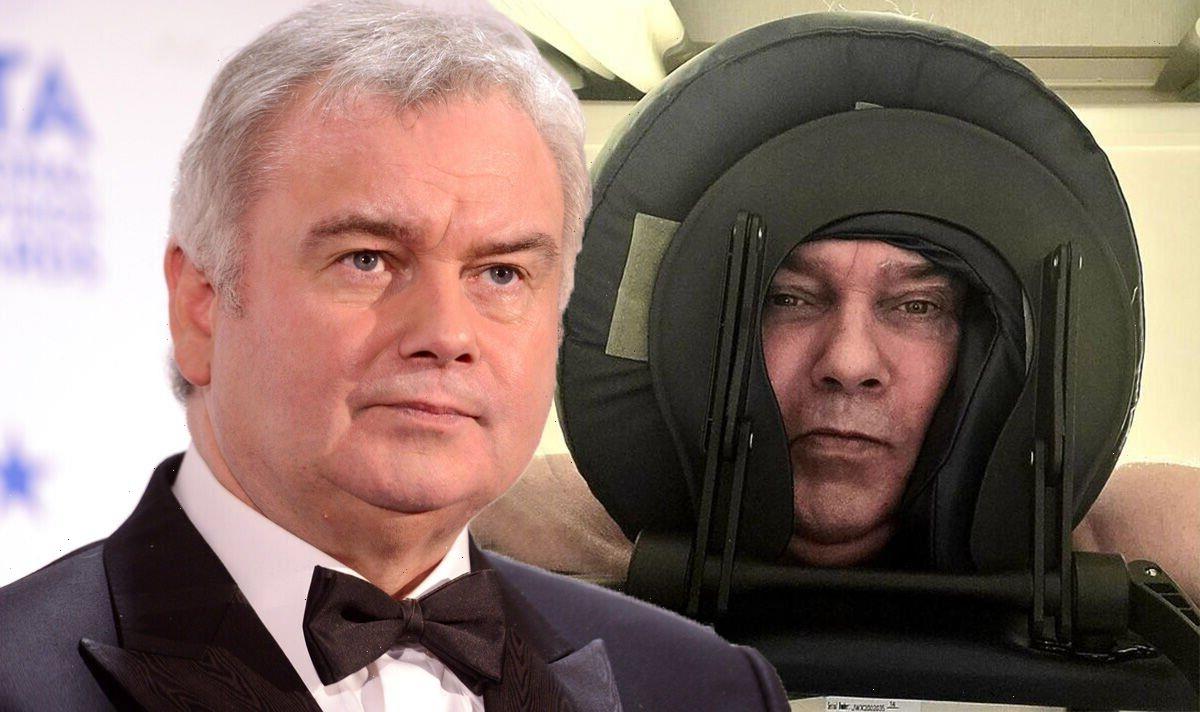 GB News presenter Eamonn Holmes has spoken out about his dramatic visit to A&E after waking up in “excruciating pain”. The former This Morning star went on to praise the “angels” that had saved him in a heartfelt tribute to the NHS.

Eamonn, 62, opened up in his first column for Express.co.uk about how an unexpected hospital dash earlier this month saw him miss out on covering the Queen’s Platinum Jubilee Celebrations.

The journalist’s time A&E was also eye-opening, as it made him truly appreciate the tireless efforts of NHS staff.

Speaking about his team at GB News, he said: “They have my respect, admiration and thanks.

“But right now my heart belongs to the NHS – and the Angels who got me back on my feet again. Thank you.”

Eamonn has suffered from long-term health difficulties in recent years, previously telling of his battle with chronic back pain after a dislocated pelvis led to three slipped discs.

Speaking about his time in hospital for the first time, he said: “At times I had to ask myself if this was the same NHS I’d heard described on TV as broken, inefficient, wasteful and not fit for purpose.”

“From where I was lying nothing could be further from the truth.”

The star went on to explain how his “treatment became quicker and comprehensive” thanks to the way our National Health System works.

“I ended up having my whole health diagnosed,” he explained. “It was a one-stop-shop all under one roof.

“This wasn’t like the private sector I was used to in London, where nothing seems joined up and no one is talking to ànyone else: except the ‘Invoicing Department’.”

He went on to describe how, despite the overwhelming amount of care needed all around him, there were always doctors and nurses there to “hold a hand” of whoever was in need.

“As the days passed it was clear none of them, not a single one, were doing it for the money,” Eamonn added.

The star was supposed to be at Buckingham Palace to take part in the Queen’s Platinum Jubilee Celebrations with his wife Ruth Langsford at the time he was in hospital.

However, he described the time he spent alongside NHS doctors and nurses as “a privilege”.

Noting that plenty of his carers were from various countries across the world, Eamonn described the NHS team as “underpaid and understaffed”.

He insisted: “Brexit has robbed them of many European folk who used to keep the health system going and on a daily basis Covid still hammers those left standing because it means colleagues are often off sick.

“I was left asking myself how the hell do they keep saving lives under these conditions day- after-day? But they did. There was no let up and no respite.”

According to government statistics from September 2021, around 190,000 out of 1.35 million NHS staff report a non-British nationality.

Of that number, over 70,000 are EU nationals, with 2019 figures showing that over 22,000 EU nationals have already left the NHS since the Brexit referendum, according to the Independent.