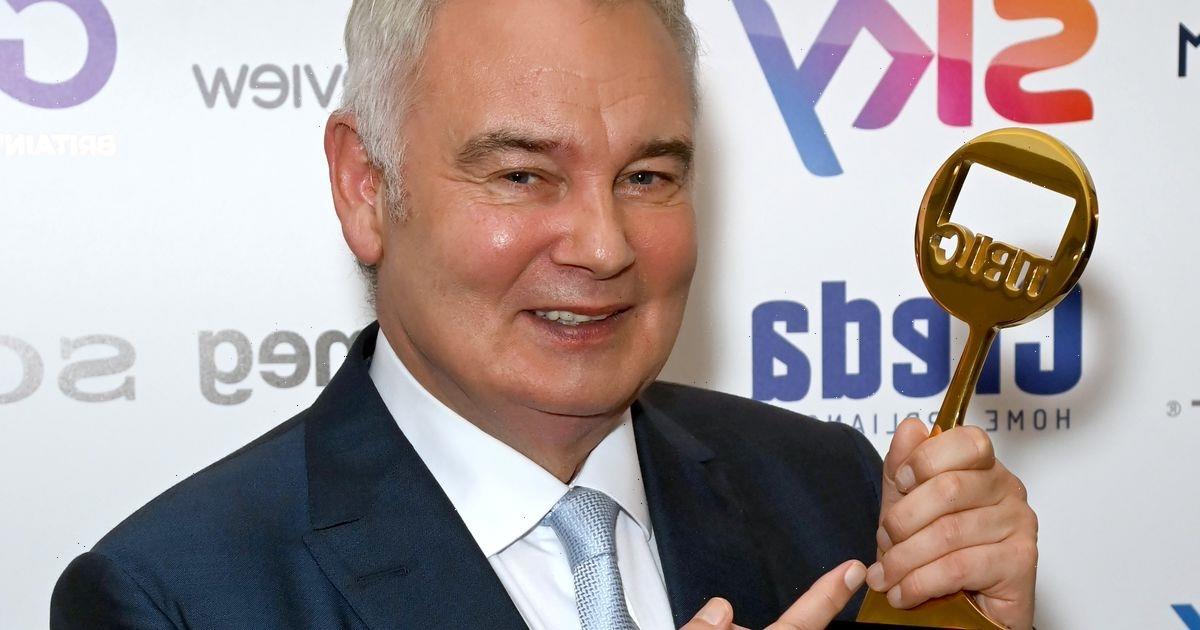 TV presenter Eamonn Holmes has once again hit out at ITV as he picked up a prestigious TRIC award that named him News Presenter of the Year.

The GB News anchor, who previously hosted This Morning alongside his wife Ruth Langsford, picked up the award at a glitzy ceremony held at Grosvenor House in central London today.

Yet it appeared there was still some bad blood between Eamonn and his former employer ITV, after he and Ruth were axed from This Morning's Friday slot last year after over ten years of presenting the programme.

Hitting out at his former channel during a Q&A session with OK! and other media following his impressive win, Eamonn dubbed the network the “Ministry of Lies” as he explained the circumstances surrounding his now infamous “resignation.”

“The point is I did not resign from ITV, ITV resigned from me, and I never received a single explanation once of why they wanted rid of me, so that was that,” he said.

"No matter what you’ve been told. And also the sort of stuff that comes out: 'Eamonn believes he’s male, pale and stale'. It doesn't look like it, does it? Eamonn never once said it, ITV press office said that,” he added.

Despite the outburst, Eamonn insisted he wasn’t making a point of “slagging off ITV” and instead claimed he was “putting the record straight.”

Criticism of ITV aside, Eamonn did speak highly of his colleagues at GB News, where he was welcomed with open arms when he joined the network six months ago.

Fronting their morning breakfast show, Eamonn even revealed he had high hopes that they could surpass Piers Morgan’s record viewing figures on Good Morning Britain.

Eamonn said: “I think our standards are raising. We are the people’s channel… so hopefully we will overtake them next year.”

Speaking a little about their boom in ratings in recent weeks, the presenter added: “Our audience has gone up sixfold. You know we regularly beat Sky News, Sky News has been in existence for 35 years, I’ve been there for six months.

“It’s like sport, there’s no point taking part if you don’t want to win.”

It was Eamonn’s work on GB News’ flagship morning programme that helped him to scoop this year’s TRIC award win, something the star attributed to the sense of belonging he felt with the broadcaster since day one.

Sharing a little about his time on the show, he said: “The first day on GB News I walked into the newsroom and they stood up and they applauded me, it doesn’t get much better than that.

When asked about what he hoped to achieve on the programme, the Belfast born presenter said he wanted to help make the news “accessible, “particularly in light of events happening around the world such as the Ukraine conflict, that home grown audiences didn’t necessarily understand.

Making a direct reference to the troubles and his own upbringing during his acceptance speech, Eamonn later touched on the importance of news coverage in the winners Q&A session.