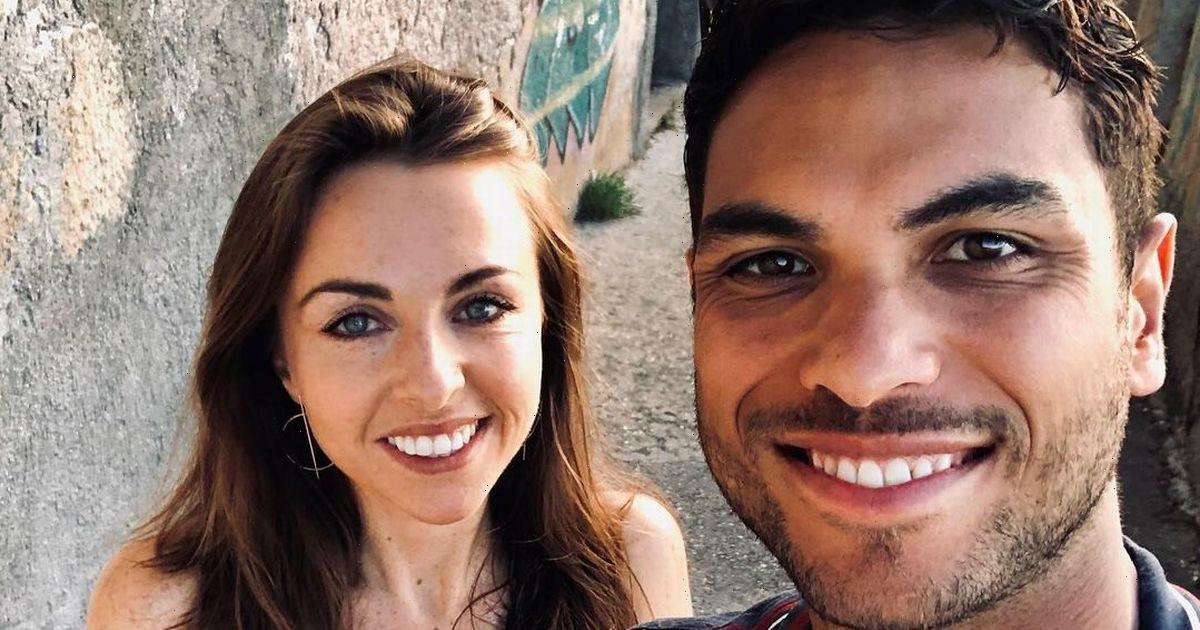 Louisa Lytton was forced to delay her wedding plans once again over the weekend, after her household was struck down with Covid-19.

The 33 year old was supposed to exchange wedding vows with her fiancé Ben Bhanvra on Saturday ,before their upcoming ceremony in Italy, however the couple were unable to do so.

Louisa and Ben have postponed their wedding twice already because of the pandemic, and it turned out they weren’t third time lucky as the unfortunate turn of events unfolded.

The EastEnders star posted a photo of herself in a bathtub on her hen do on Saturday night instead of a wedding snap, as she gave an update on the issues she had run into ahead of her big day.

“This time last week…,” Louisa captioned, before she relayed the details of why she wasn’t able to exchange wedding vows.

“Since we have had a covid household. Finally on the mend. Not what the doctor ordered,” the bride-to-be explained.

“We were supposed to be exchanging our vows today before our Italian Wedding! Instead, we cleaned the carpets which were covered in sick."

Despite the nightmare situation, Louisa remained positive, as she tagged her fiancé Ben and added: "We will get there @bennnyy__ and my will it be worth it."

The actress reassured fans later on Instagram Stories that her recount of what happened over the weekend sounded “more dramatic” than it actually was, as she wrote: “That sounded more dramatic than it is.

“We are getting married in Italy but had to do our vows here [England]. Just to top off a week of covid and another postponed 'wedding' Riley decided to wee on my washing."

The setback for Louisa and Ben comes after the pair revealed that they had scaled back their original wedding plans following the arrival of their daughter Aura in August last year.

“We want to get married next year. We’re planning to have the wedding abroad and we’re going to do something smaller than we originally planned," Louisa explained to the Sunday Mirror last October.

"It will be different now she’s here. We’re a family now, so it might not be as wild as it was going to be. But we can’t wait to get married.

"Everything we were going to put into the wedding we ended up buying a house with. And now I’ve had a baby, I’m not working, so it’s just changed our priorities."