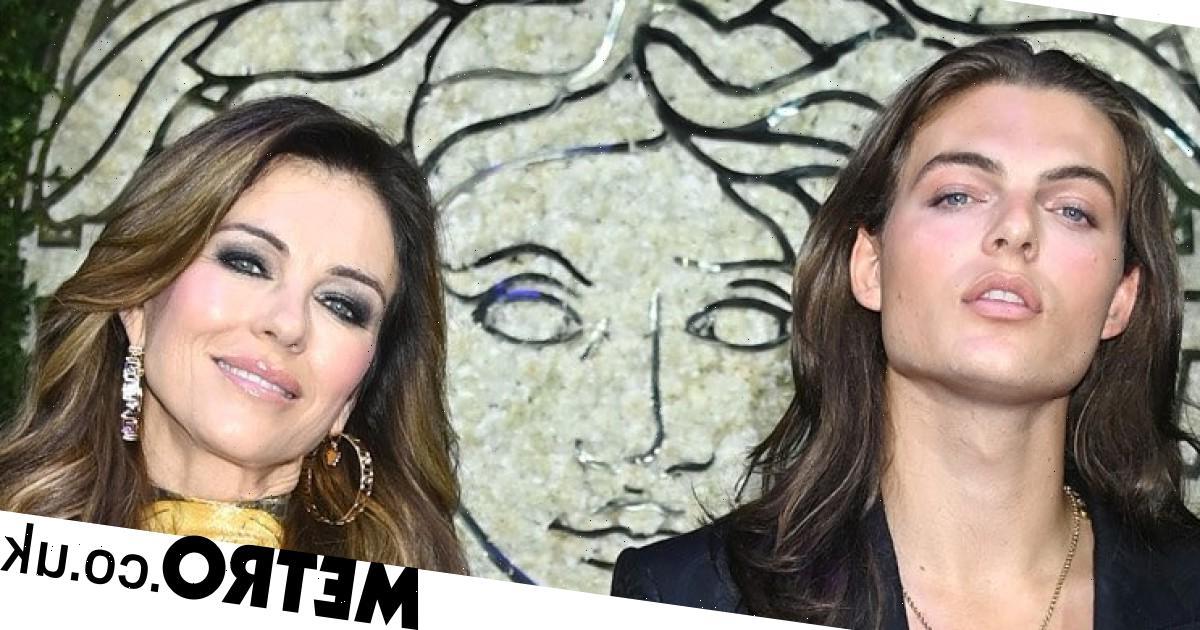 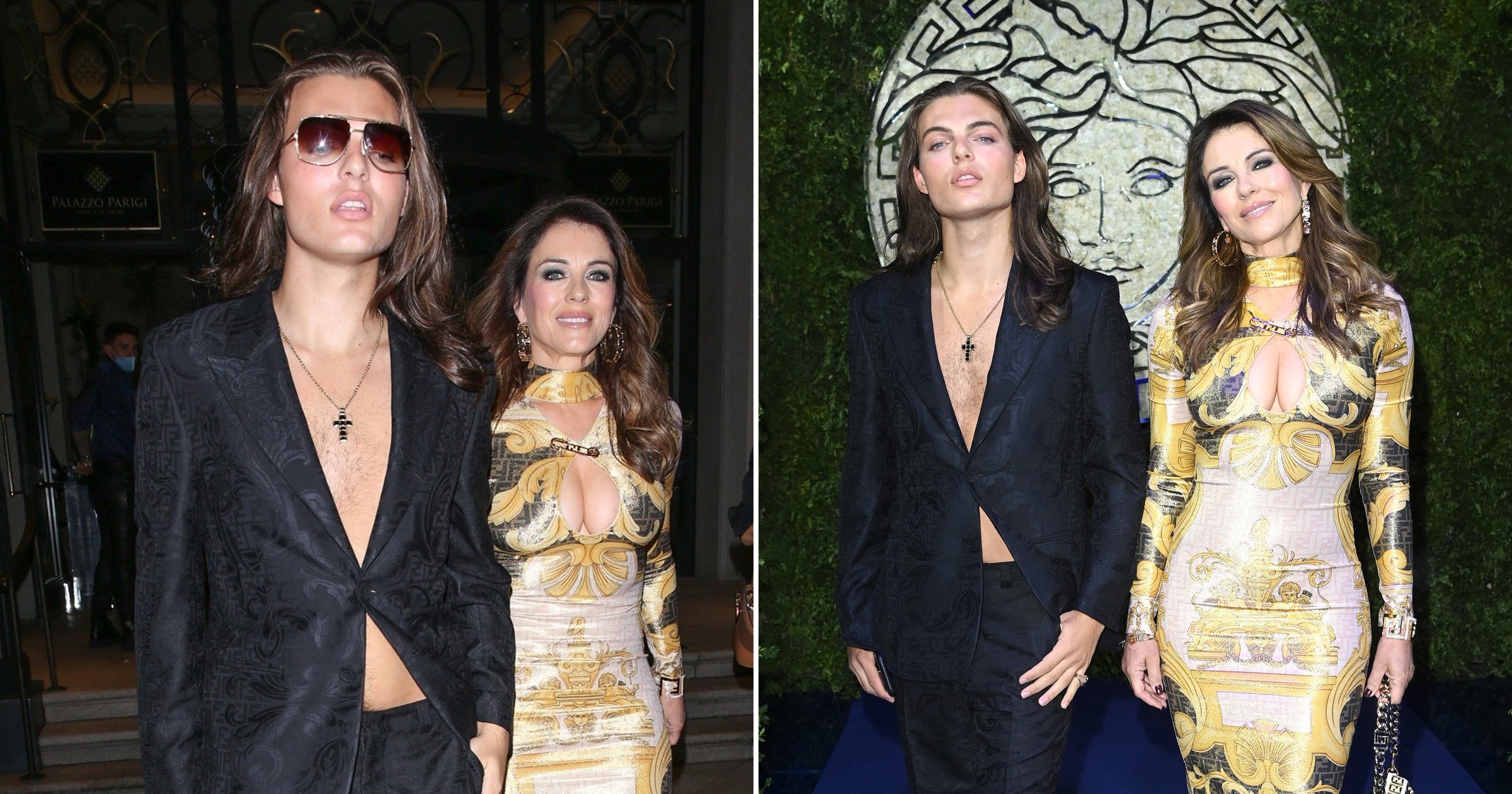 Elizabeth Hurley and son Damian turned heads as they arrived at Milan Fashion Week with mother and son both donning outfits with seriously plunging necklines.

As MFW got underway on Sunday, Elizabeth, 56, and Damian, 19, rocked up to Versace’s special event kitted out in striking pieces from the designer.

The Austin Powers actress looked stunning in a gold and black bodycon dress with a cut-out detail across her chest, which she teamed with a pair of gold strappy heels and her hair in big loose curls.

Damian looked sharp yet cool in a black patterned suit, under which he chose to go shirtless making the most of the plunging neckline feature. The teen put his modelling skills to work as he was seen pouting and striking some fierce facial expressions after arriving alongside his famous mum.

Elizabeth had earlier shared a photo of herself on Instagram in which she is seen jumping in a lift as Damian snaps the selfie.

‘Hello Milan,’ she captioned the snap alongside kissing emoji.

The Versace show was certainly a star-studded affair, with supermodels Kate Moss, Naomi Campbell, Gigi Hadid and Emily Ratajkowski walking the runway, while Demi Moore, Dua Lipa and Winnie Harlow were among guests in attendance.

It’s been a particularly tough year for Damian after his father, Steve Bing, died by suicide in June 2020.

Damian previously had a strained relationship with Bing but they are said to have improved contact before the businessman’s death.

Shortly after Bing took his own life, it emerged that Damian had been cut out of his grandfather’s family trust fund, losing out on a reported £180million inheritance.

His grandfather, Dr Peter Bing, successfully appealed a decision that would have included Damian and his half-sister Kira Kerkorian, 23, in trust funds worth up to a billion dollars (£725m), on the basis that they were born out of wedlock during Steve’s relationships with Liz and Lisa Bonder respectively.

Days after the news was made public in July, Damian shared a photo of him with his mum and extended family on Instagram.

‘Grateful for my beautiful family, today and every day,’ he said in the picture caption.

Damian, who has undoubtedly inherited his mum’s striking looks, has made a name for himself in the world of fashion starring in campaigns for Pat McGrath.