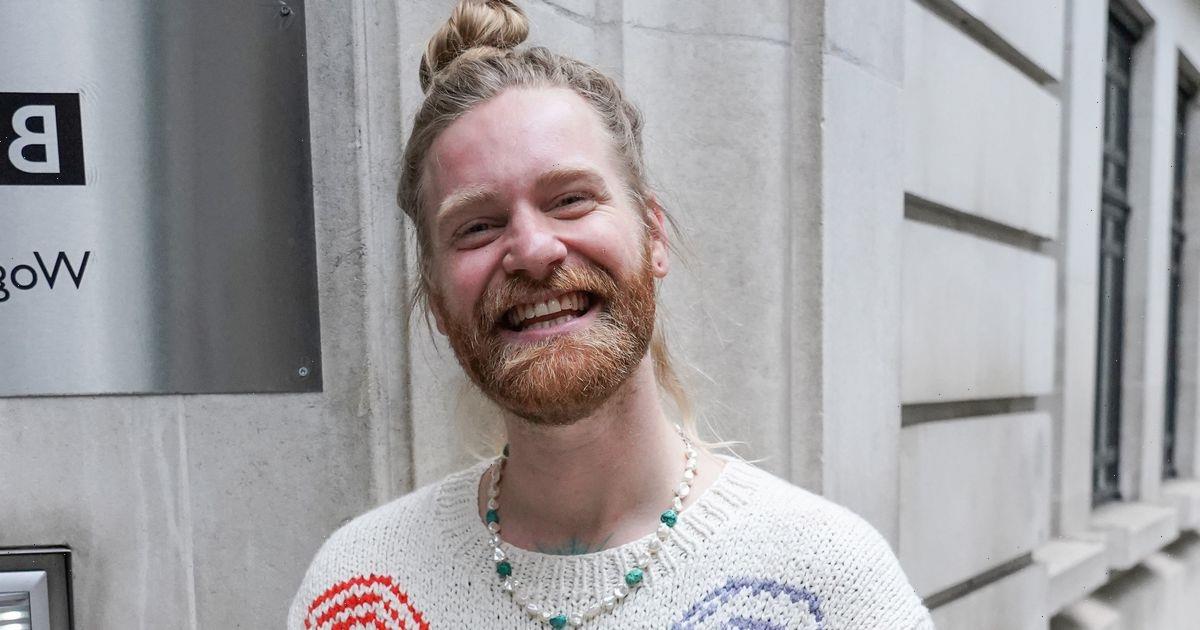 Sam Ryder has detailed how he prepared for the hit singing competition Eurovision on Saturday 14 May, explaining that he didn't have a single drink in the lead up to the big event.

The 32 year old TikTok sensation left the UK in a state of immense pride as he sang Space Man and came in second behind Ukraine's Kalush Orchestra, who played Stefania.

Now, Sam has spoken out on how "laser-focused" he was in preparing to represent the UK as he told Radio X's Chris Moyles: "I didn’t drink whatsoever. Since it was made public that we were doing it, I was just like laser-focused, bed early, ate salads.

"Because I knew that, I don’t know, I wanted to make sure that on May 15th, when it was all done, I could look back and be like, 'I did everything.'"

He then confessed that he had his first drink, which he described as "naff sparkling wine", following the performance as he said: "I did have a few… That’s why I sound like I’m gargling a hammer."

Sam added that it has been several months since he's had an alcoholic drink, sharing: "I was so tired. Honestly the tiredness hit me. I think I had two negronis after and I was absolutely just ready for bed. You know when your body shuts… it doesn’t shut down but it knows when the job’s done?

"The whole talk of the system just goes… But it was so rewarding and so amazing."

Sam, who has an unlikely friendship with Hollywood star Jamie Lee Curtis, later appeared on Capital Breakfast to speak to hosts Roman Kemp, Sian Welby and Sonny Jay, where he revealed he may be coming out with a collaboration with the winners of the 66th Eurovision contest.

"We’ve been chatting. Because the build-up before the big night is two months-long. You’re doing the pre-parties, which are basically like shows, mini-Eurovisions, that the fans absolutely are stoked about. And yeah, so you get to know everyone, and we’ve been chatting for a while and sharing demos and stuff like that," Sam explained.

"So watch this space. Hopefully, I’d love to do something proper like guitar-heavy Beastie Boys with them, I think that would be sick," he added.

Sam was praised by celebrities after his performance over the weekend as Prime Minister Boris Johnson took to Twitter to write: "Congratulations to Ukraine for winning the @Eurovision Song Contest 2022.

“It is a clear reflection of not just your talent, but of the unwavering support for your fight for freedom. Incredibly proud of @SamRyderMusic and how he brilliantly represented the UK tonight.”

Rylan Clark shared: “#teamSPACEMAN He done it. So proud.”

While the UK’s Eurovision commentator Graham Norton wrote: “What a powerhouse performance. You can’t ask for much more than that. There is a sea of Union Jack flags.”

For all your updates on Eurovision's Sam Ryder, sign up to our daily OK! newsletter.