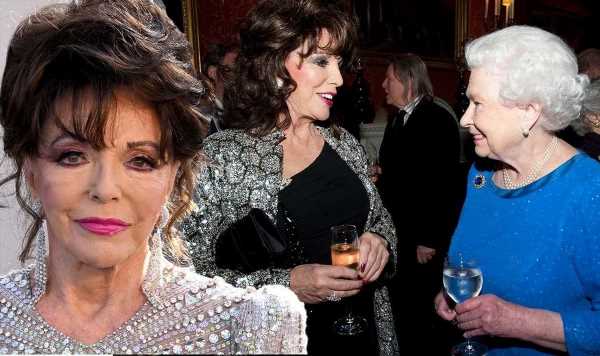 Joan Collins describes being called in to replace Elizabeth Taylor

Dame Joan Collins, 89, took to Instagram yesterday to pay a heartfelt tribute to the Queen following news of her death on Thursday. The legendary actress said she was “grateful” to have been able to see the monarch for the last time during the Platinum Jubilee.

In view of her 291,000 followers, Joan uploaded last night a video from her window showing the rain outside.

She penned in the caption: “It feels as if #britain is crying today @theroyalfamily.”

In a follow-up post, Joan reflected upon the Queen’s last appearance on the balcony during this year’s Platinum Jubilee celebration held in June.

Sharing a picture of a flag flying at half mast, Joan wrote: “The Queen was magical. 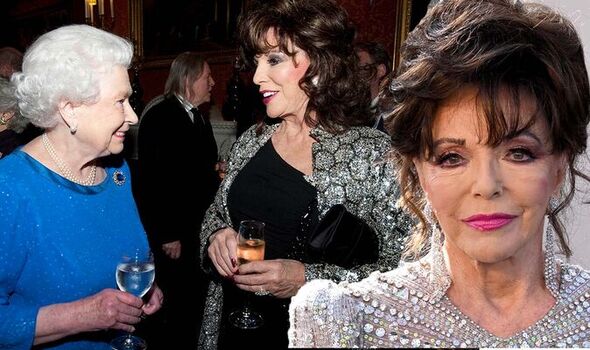 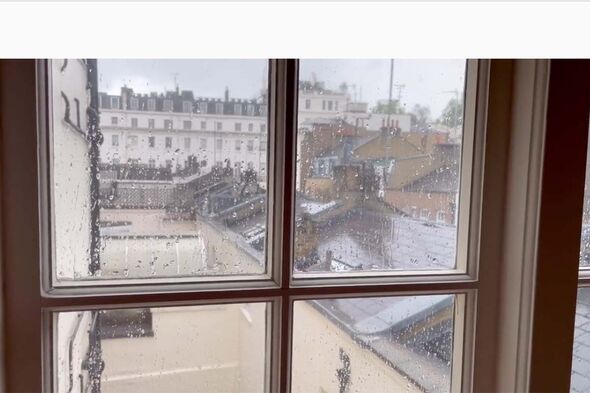 “The greatest and most popular star who represented the best of British values.

“I was grateful to be part of her Platinum Jubilee and to see her last appearance on the balcony.

“I hope she knew how much we all loved her.”

Joan signed off her poignant message with the hashtag “#ripqueenelizabeth”. 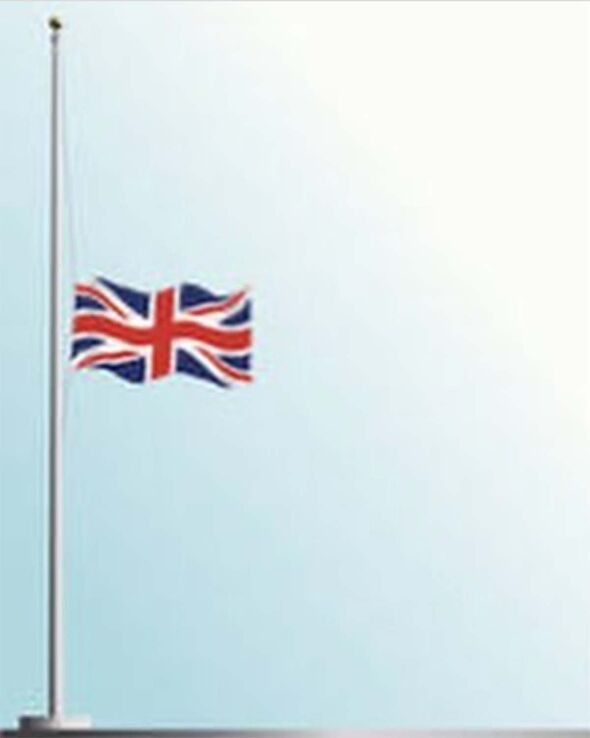 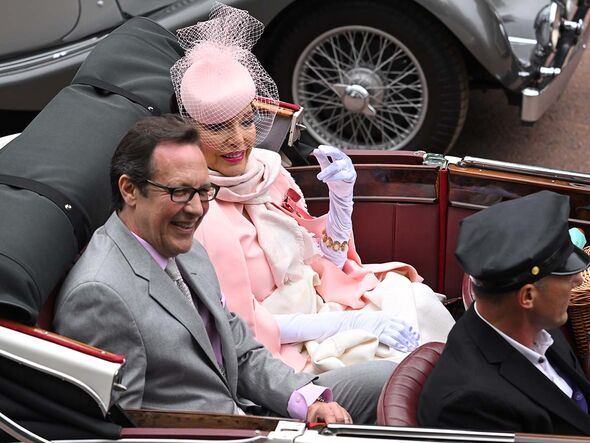 Fans of the much-loved actress inundated the posts with comments paying tribute to the “wonderful” monarch.

“Her loss is devastating for all. We all knew the inevitable but our hearts hoped for her presence to continue.”

Rene_horsch said: “@joancollinsdbe A sad day for the UK and for all who loved her.

“It’s such an honor for you to have received two titles from your Queen.

“How wonderful for you to have been recognized for your charitable contributions… and to know her socially as well.

“May the happy memories comfort you now and forever #ripqueenelizabeth.”

Vellichoreunoia_2020 commented: “May her spirit lives on in her loved ones and guide His Majesty King Charles III.

“She was the true jewel in the crown. May she rest in peace.”

Dame Joan elegantly led the procession of Dames during the Platinum Jubilee Pageant as the nation celebrated Queen Elizabeth II’s 70 years on the throne.

For her appearance during the Dames in their Jags section, Dame Joan was accompanied by her husband Percy Gibson, 57.

She looked glamorous in a pale pink outfit that featured a fascinator and a long scarf, along with some lavender gloves.