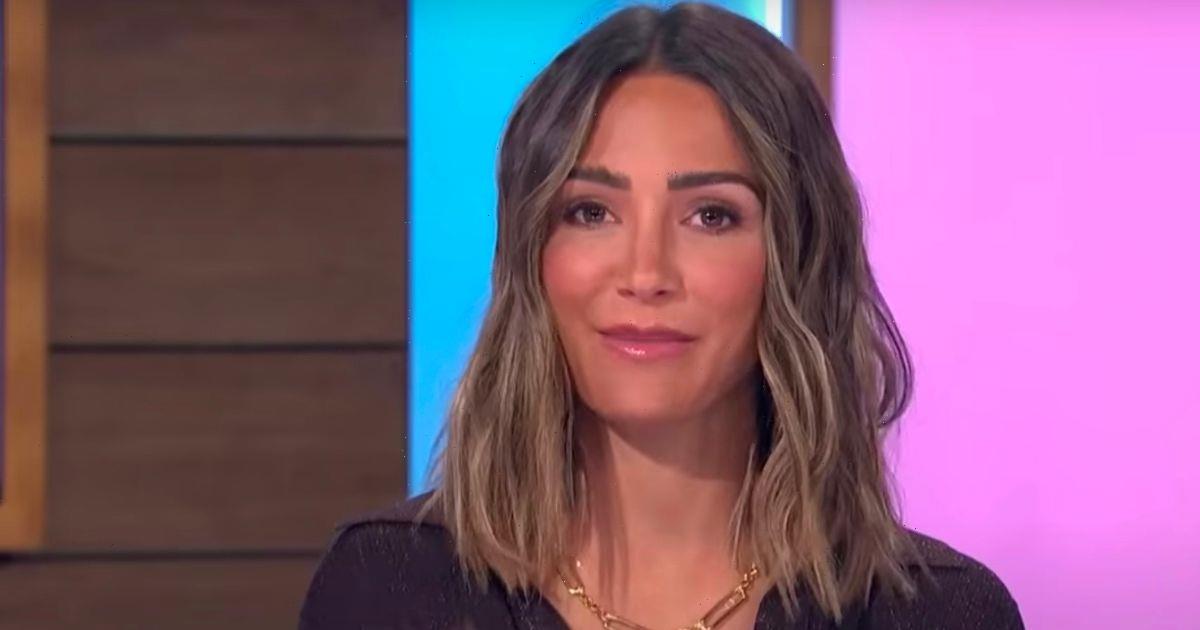 TheLoose Womenstar, 33, posted a side by side of herself and Kim, 41, both donning the same pose in homage to the reality star’s latest cover.

The photo, which she has shared in the past, saw the former The Saturdays singer face away from the camera while trying on jeans and she joked in the caption: “B****h stole my look!”.

Kim took part in the shoot for the magazine's September 'American Dream' issue and looked world’s away from her usual look with bleached eyebrows.

As well as the jockstrap the reality star is wearing a blue denim jacket as she looks over her shoulder towards the camera.

Kim, who recently dropped a whopping 24lbs in just a matter of weeks, flaunted her much-talked about figure as she posed in front of the American flag.

In some snaps, she wore a double denim outfit as she opted for an acid-wash jacket and jeans made by Bottega Veneta.

The mother-of-four revealed that some people on set of the photoshoot were against her taking the fashion risk of wearing a jockstrap.

Speaking to the publication, Kim said: "Oh my god. I loved it. Working with Nadia Lee [Cohen]—we just vibe so well when we shoot together. She’s the first photographer that I’ve really gone full force with.

She also had nothing but glowing things to say about her ex-boyfriend Pete Davidson in the interview asthe two split last month after nine months of dating.

Kim gushed about the 28-year-old comedian as she said: “He's a cutie. He's literally such a good person, they don't really make them like him anymore. I'm excited for what he has coming up.”

As she posted the images to her Instagram, a bevy of fans flocked to the comments section, with followers posting heart and flame emojis, while others weren't too keen on the bleached eyebrows look.

One follower wrote: "Kim in a jockstrap is going to break the internet".

Another gushing fan commented: "You look like a whole other person with blonde eyebrows wow."

Kim also shared behind-the-scenes videos from the photoshoot, with fans flocking to gush over her sexy new look.

"Her new edgy look just SLAPS," claimed another, while a third wrote: "Kim has really come into her own since being with Pete Davidson. Such a shame they broke up."