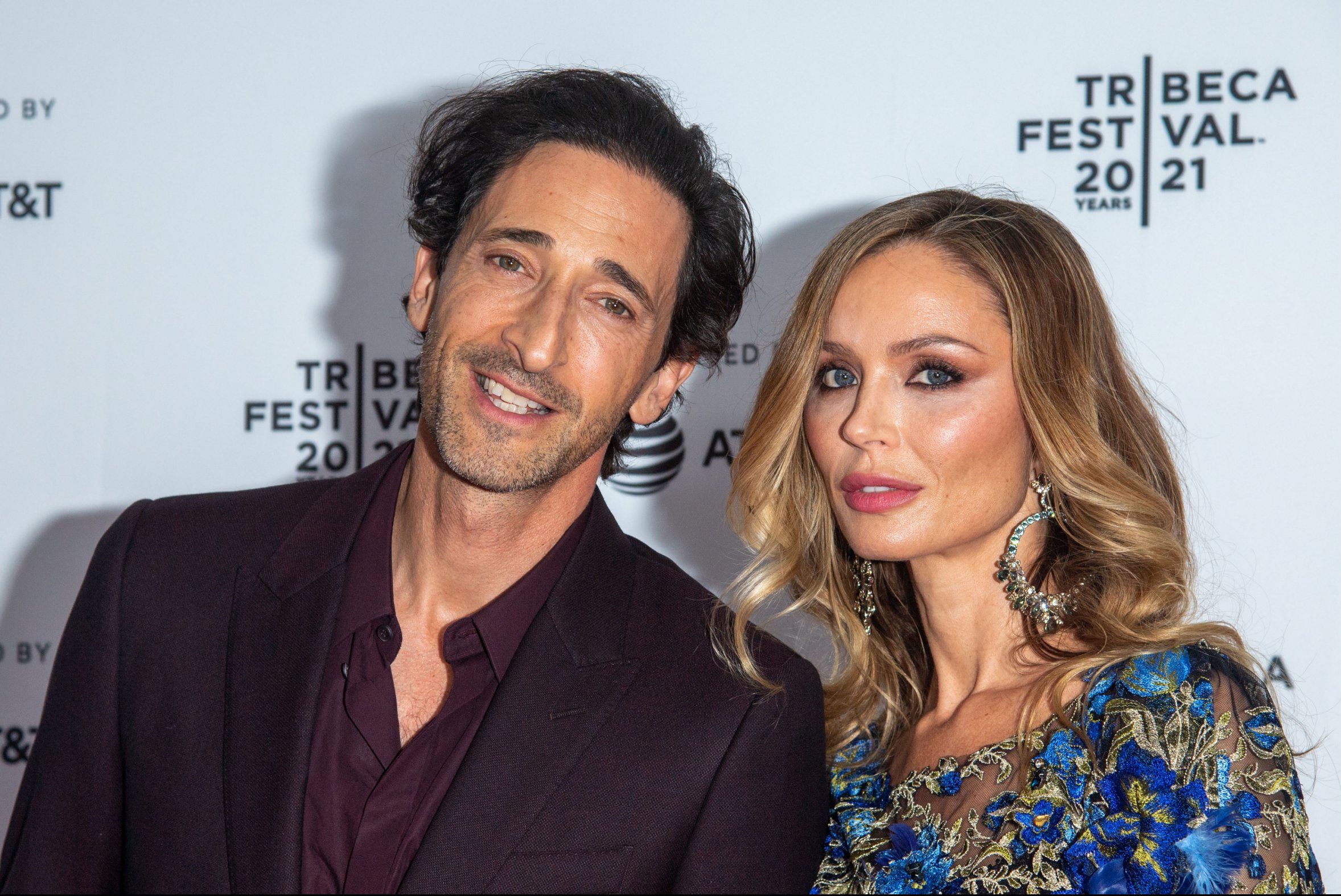 Georgina Chapman has confirmed she’s dating Adrien Brody as the pair put on a loved-up display at the Tribeca Film Festival – nearly four years after she split from Harvey Weinstein.

The Marchesa designer left the former Hollywood mogul following allegations of sexual abuse from several women. In February last year, Weinstein was found guilty of criminal sexual act in the first degree and rape in the third degree, and sentenced to 23 years in prison.

Emerging over the weekend, Chapman and Brody made their red carpet debut looking all kinds of smitten following speculation they struck up a romance in 2019.

Walking arm in arm along the media wall for the premiere of the crime thriller Clean in New York City, the 48-year-old actor looked smitten with the 45-year-old designer, who was similarly beaming for cameras.

At one stage Chapman – dressed in a blue, floral top and skirt – wrapped her arms around The Pianist actor’s, who was looking resplendent in a burgundy suit.

Rumours had emerged in September 2019 that the pair were seeing each other, and resurfaced around the time the verdict was announced that Weinstein had been found guilty of rape.

A friend told The Sun that the two met ‘properly’ in April 2019, after previously meeting briefly through Weinstein.

‘Helena [Christensen] had invited them both to her swimwear launch in Puerto Rico, and they bonded over cocktails against a backdrop of various beautiful beaches.

‘They stayed in touch when Georgina returned to London, and then arranged to go on a few low-key dates.

‘Obviously it’s still quite a new thing, but Adrien is smitten and Georgina is the happiest she’s been in ages.’

Weinstein and Chapman married in 2007, and share two children – however following the allegations towards Weinstein, the pair eventually reached a divorce settlement in January 2018.

In 2017 she released a statement confirming she was leaving Weinstein, saying: ‘My heart breaks for all the women who have suffered tremendous pain because of these unforgivable actions.

‘I have chosen to leave my husband.

‘Caring for my young children is my first priority and I ask the media for privacy at this time.’