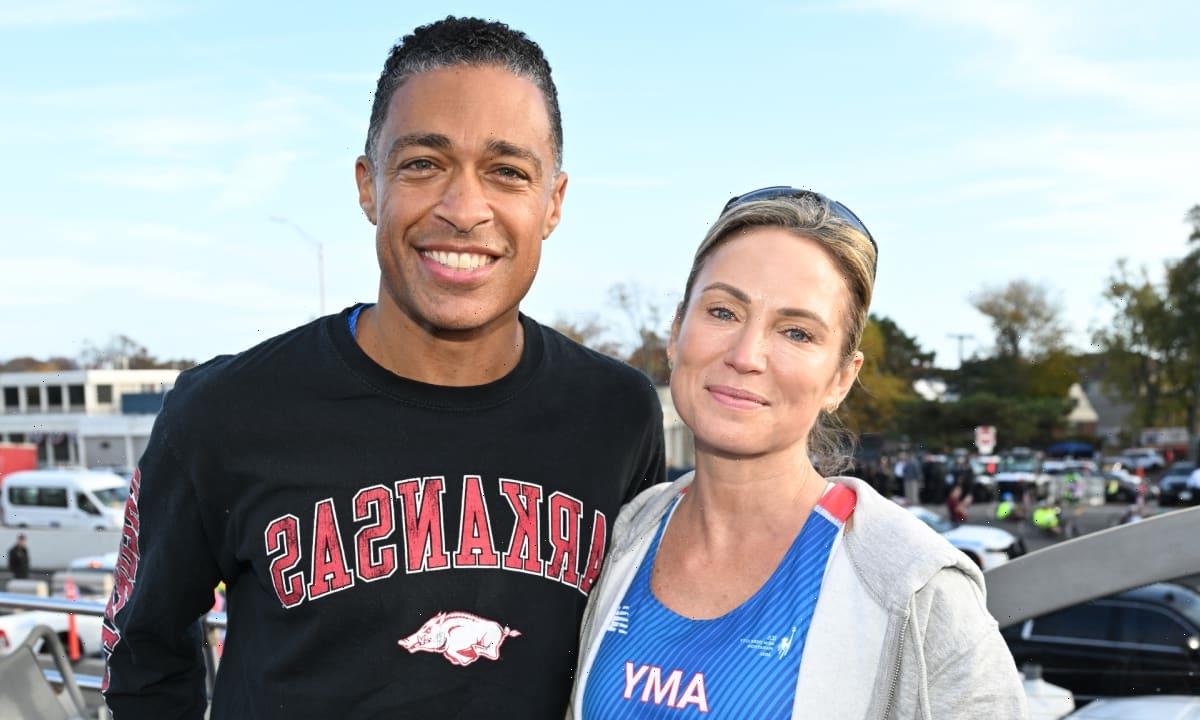 We haven’t seen GMA‘s Amy Robach and T.J. Holmes on our screens lately, but new photos show that off screen the couple’s romance is going strong.

Two weeks after their first cozy date in public, the high profile pair are apparently spending the New Year together far from the fallout of their bombshell romance.

Their romantic relationship apparently began back in March when they began training for the New York City marathon together – and they’ve since both split from their respective partners of 12 years, Marilee Fiebig and Andrew Shue.

TJ and Amy – who recently revealed her wedding night fight with her now-estranged husband – kept the affair secret, but when the news finally broke, it became one of the most talked-about celebrity romances of 2022.

And now, in photos published by the Daily Mail, the couple has been spotted enjoying some PDA as they kick off their holiday vacation in Georgia on December 26.

Both casually-dressed, TJ and Amy were seen walking through Atlanta’s Hartsfield-Jackson Airport looking more loved-up than ever.

TJ, who was wearing sunglasses and sporting a backpack, had his stylish duffle bag in one hand and had his other arm wrapped around new love Amy. 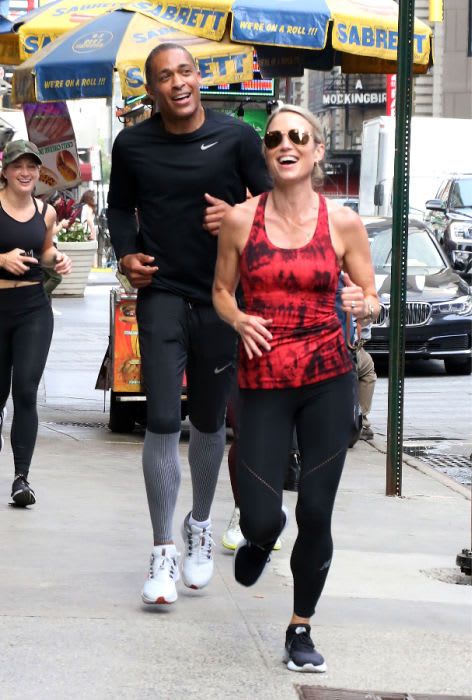 Amy and TJ, seen jogging together in 2021, were able to keep their romance secret until the news broke in late November

Not long after the romance was revealed to the public in late November, both of the morning TV anchors were taken off the air as a result.

In an internal memo sent via email, ABC President Kim Godwin addressed the “distracting” news of their relationship, saying the two co-host would not be appearing on GMA3 for now.

“I understand that the continuing coverage can be distracting from the incredibly important work our team does here at ABC News… Amy and T.J. will remain off-air pending the completion of an internal review, and there will be a rotation of anchors at GMA3 for the time being.

While their professional future with ABC is still up in the air, it’s clear that the newly minted couple is ready to start 2023 on a high note together.