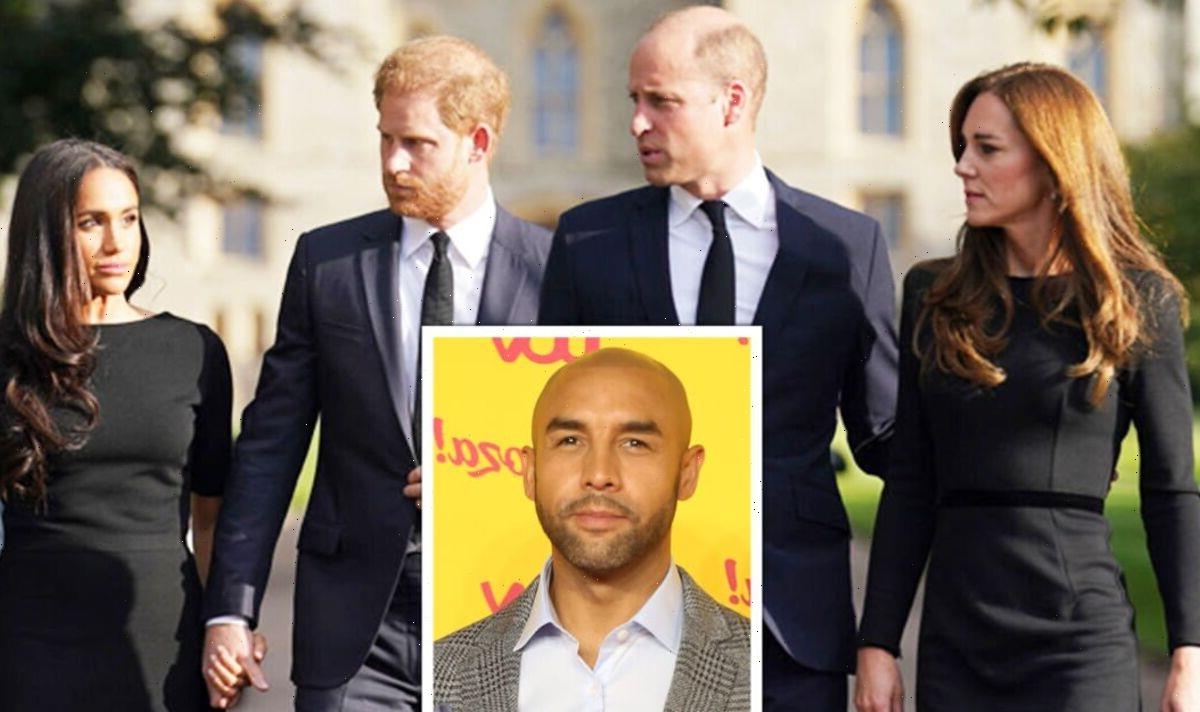 Good Morning Britain presenter Alex Beresford reacted to the royals reuniting following the death of Queen Elizabeth II. The Prince and Princess of Wales walked alongside the Duke and Duchess of Sussex to mourn the loss of the 96-year-old monarch who died peacefully in Balmoral on Thursday.

Harry and Meghan joined the pair after the Prince of Wales personally extended an invitation to them on Saturday.

Dressed in all black attire, the four looked at tributes and flowers which had been left at Cambridge Gate following the death of Britain’s longest reigning monarch.

It is the first time William, Kate, Harry and Meghan have been pictured together since the latter left their royal duties and moved to the United States.

Alex, 41, took to Twitter yesterday and shared a candid message with his 244,000 followers. 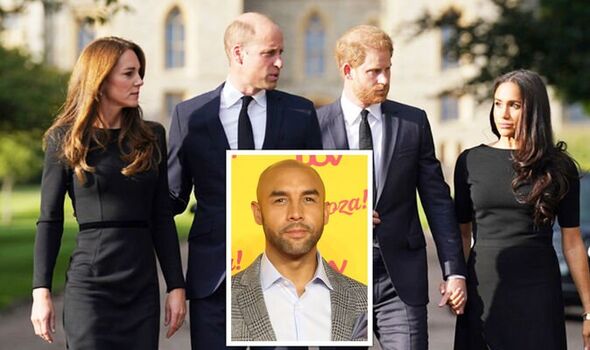 Sharing a picture of the four royals walking beside one another, in an emotional moment, he tweeted: “I know I needed to see this [prayer emoji].”

Media personalities and royal fans alike reacted to the candid photo since the family members reunited for a sombre occasion. 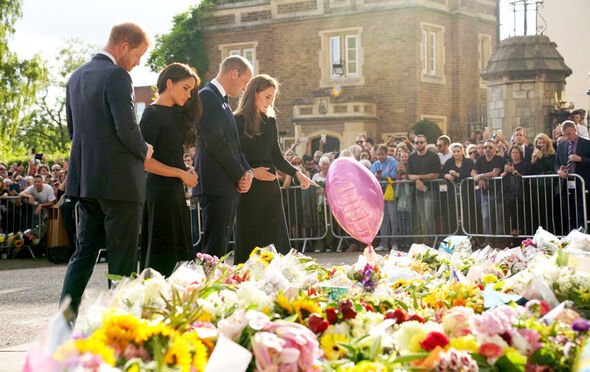 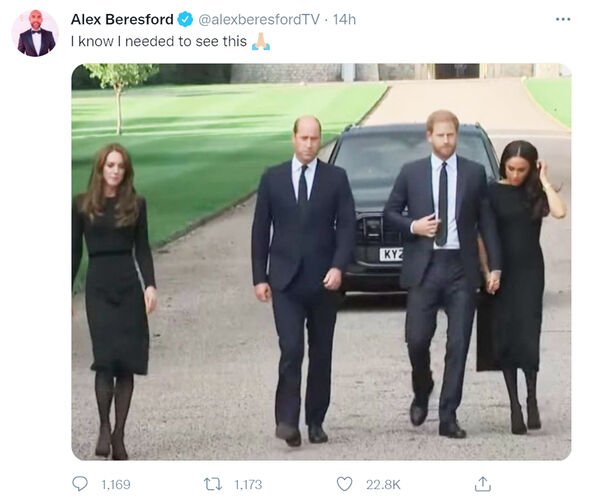 Twitter user, @Chrisahin commented: “Yes @alexberesfordTV let’s hope they can build on this. I was so happy to see this both for themselves and their children but also for their dad and granny. This would be the best legacy they can leave their granny x.”

@Gary tweeted: “I’d really love for Harry and Meghan to return to full Royal duties. I think it’s what the country needs and wants.”

@LunaSpencer wrote: “It’s brought a tear to my eye. Harry & Meghan are still loved by the majority of decent people in this country. So poignant.”

Others appeared to be more sceptical of their reunion, with @LadyBreenie saying: “I watched it. They started looking at the flowers together then separated to meet the public, then left together in the same car.”

@Storminad penned: “When you see them at a picnic together with all their children running around playing, THAT will be something to celebrate. This is duty not reconciliation.”

Thousands of people descended on Windsor to pay their respects to the Queen and flowers have continued to pile up outside the gates of the late monarch’s favourite royal residence with notes and letters attached thanking the late Queen for her service.

Dressed in black, the royals looked sombre as they stopped to shake the hands of teary fans who were standing behind a barrier.

They were surrounded by police protection as they made their way around the crowds.

William and Harry hadn’t been seen together at Windsor since the funeral of their grandfather, Prince Philip.

Although both had been present during the Queen’s Platinum Jubilee celebrations they were not seen together.

William, Kate, Harry and Meghan then greeted well-wishes along The Long Walk outside Cambridge Gate at Windsor Castle with a number holding up mobile phones to take a photo of the royals who have not been pictured together since 2020.

Children could also be heard shouting, “We love you William”, as well-wishers expressed sorrow at the royal’s loss.