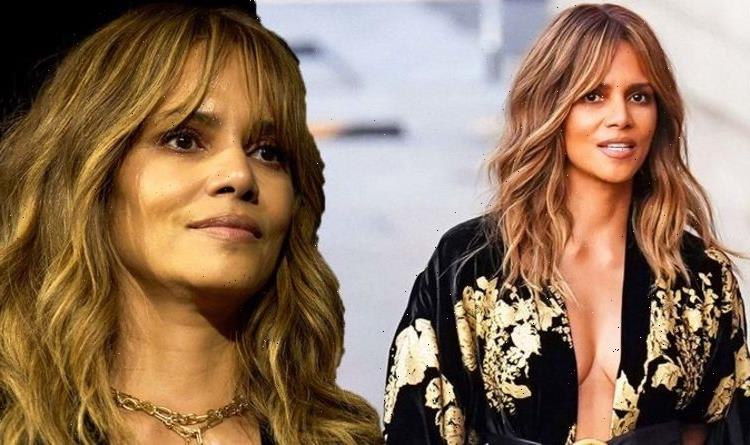 Oscars: Halle Berry shows off new haircut ahead of ceremony

Halle Berry, 55, has trained hard to deliver an outstanding performance in Bruised, the film that sees her embody an MMA fighter. While preparing for the role, the Hollywood star undertook gruelling training sessions with UFC champion Valentina Shevchenko.

She even ended up breaking two ribs during a scene with the professional fighter.

But Halle was issued a stark warning about the dangers of fighting Valentina.

Speaking to Women’s Health for their December cover, she explained: “One of the biggest compliments I got in the whole process was when we were shooting scenes and the referee who called Valentina’s fights in real life said, ‘That last take, I thought I was watching a real Valentina fight!’

“And for me, that was the moment that all this training, all this work, having a real fighter, paid off.

“Everybody warned me at first that a real fighter is going to kill you.

The fighter confessed that the actress “never stops” and could work out for hours.

She said: “What I noticed the most was her endurance.

“We started training at 7am and went until 1pm.

“I know fighters who train nonstop every time, and you can tell a lot about a fighter by how they take a training process—if they need to rest, or go do something else.

“Halle never stops, five entire hours! I was even tired.

Halle was also in charge of directing the Netflix drama, which shows a disgraced MMA fighter’s bid to return to the cage.

While discussing being a director, Halle told Yahoo Entertainment: “I’ve always liked when I’ve had to do these kinds of scenes… when I’ve had a director say, ‘I will give you full right to approve this scene. I’ll show it to you beforehand,’

“When someone tells you that — and you believe them — you go far because you trust what they’re telling you and you become uninhibited.”

In a recent Instagram post, Halle revealed her pride over the project she “worked so hard for”.

She wrote: “When everything you’ve worked hard for, all of your blood, sweat and tears finally gets realized… this is that moment!

“‘Bruised’ premiere tonight. Thank you for having us @americanfilminstitute.