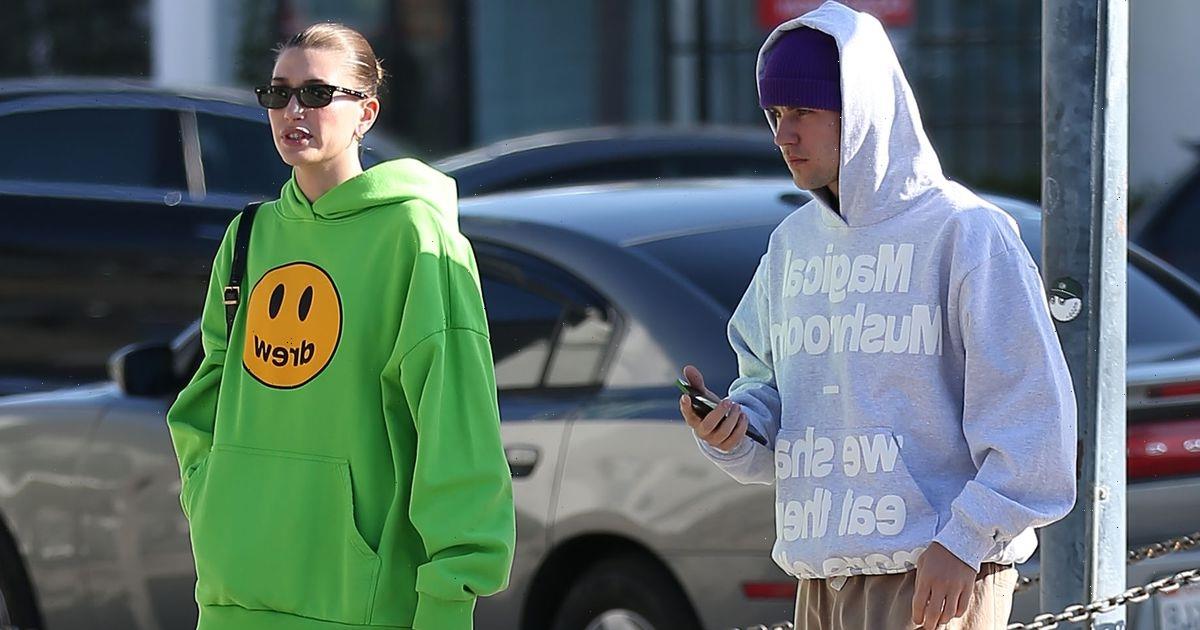 Hailey Bieber stepped out in Los Angeles with her husband Justin Bieber following the news that her uncle Alec Baldwin has been charged with involuntary manslaughter in the death of Rust cinematographer Halyna Hutchins.

The 26 year old was snapped walking with her musician husband, 28, with the model looking rather sombre.

The star sported sunglasses and a bright green hoodie from Drew House, the streetwear brand her husband co-founded with his pal Ryan Good.

Meanwhile Justin also dressed down in a grey hoodie and blue hat.

Halyna died in October 2021 after a prop gun held by Alec was discharged. Director Joel Souza was also wounded in the shooting on the set near Santa Fe, Arizona.

The film’s armourer Hannah Gutierrez-Reed is also being charged with two counts of involuntary manslaughter over the death of Ms Hutchins on the set.

In light of the news, Halyna’s family released a statement saying that “no one is above the law”.

Brian J. Panish, Founding Partner of Panish Shea Boyle Ravipudi LLP, said on their behalf: "We want to thank the Santa Fe Sheriff and the District Attorney for concluding their thorough investigation and determining that charges for involuntary manslaughter are warranted for the killing of Halyna Hutchins with conscious disregard for human life.

“Our independent investigation also supports charges are warranted. It is a comfort to the family that, in New Mexico, no one is above the law.

“We support the charges, will fully cooperate with this prosecution, and fervently hope the justice system works to protect the public and hold accountable those who break the law."

The decision to prosecute Alec over the death of Halyna “represents a terrible miscarriage of justice”, the actor’s lawyer has said.

“Mr Baldwin had no reason to believe there was a live bullet in the gun – or anywhere on the movie set.

“He relied on the professionals with whom he worked, who assured him the gun did not have live rounds. We will fight these charges, and we will win.”

Back in October, Alec and producers on the film reached a settlement with the late cinematographer’s family.

Under the settlement, Halyna’s husband Matthew, who shared son Andros with her, will serve as an executive producer on the Western film when it resumes filming.