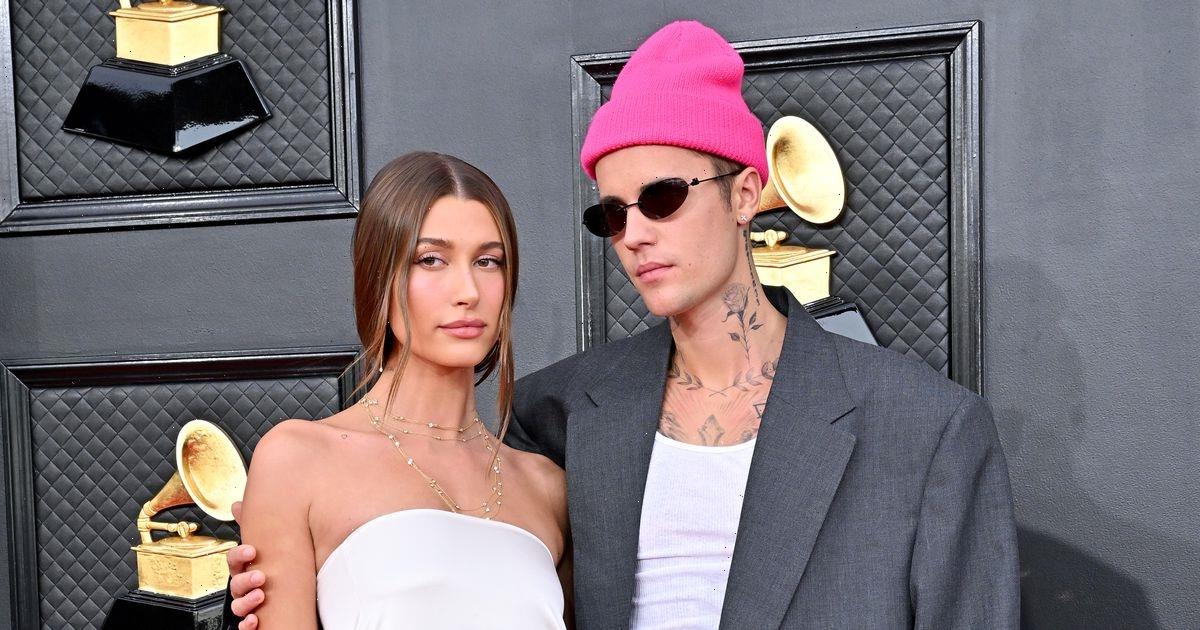 Hailey Bieber has hit out at people speculating that she’s expecting her first child with husband Justin Bieber, 28.

The married couple, who wed in September 2018, put on a loved-up display at this year’s Grammys, where Hailey, 25, donned a stunning loose-fit white gown.

Meanwhile, What Do You Mean? singer Justin wore an oversized blazer jacket, a pink beanie, and a pair of platform Crocs.

With Hailey’s loose fitting dress in mind, fans of the celebrity pair took it upon themselves to speculate that the 25 year old model is pregnant.

Sharing a snap of them at the Grammys, one publication wrote: “Is a little #Belieber on the way? Fans are speculating that #HaileyBaldwin is pregnant after seeing what appeared to be a "baby bump" during her appearance at the 2022 #GrammyAwards this weekend." However, Hailey was quick to shut down any speculation.

She replied to the post: "I’m not pregnant leave me alone."

Earlier this year, Hailey discussed the idea of having children and insisted to theWall Street Journalthat she’s not ready yet.

"There’s this thing that happens for women when you get married. Everybody always assumes it’s: First comes love, then comes marriage, then comes the baby,” she said. The star went on to say that while she and Justin aren’t having kids yet, expanding their family is part of their future plans.

The singer, who tragically suffered a miscarriage last year, revealed she’d gained weight in the past six months and that she “feels great”.

However, in the wake of her weight gain, someone asked her if she was pregnant – sparking Jessie to tell people to stop commenting on people’s weight.

Jessie wrote: “Stop commenting on people's weight. Anyone. Just stop. Or telling someone they look pregnant for sure. Or you look skinny. Just anything. Just Stop. I see it so much on socials and know it happens in real life.

“I have gained 10 pounds in the past 6 months and I feel great. That’s just under a stone to those who don’t do pounds. It might stay or it might not or I might gain more. Who cares?! I don’t care as long as I feel good and I’m healthy.”

“Someone literally just asked me if I was pregnant, ‘You look pregnant’ and they also know of what I went through last year and told me their thoughts on that and how I should have handled it,” the Price Tag singer went on.

“So strange and damn bold. I would never. Just no. It’s a no. Not cool to just say or comment on anyone's body.”

For updates on all your favourite celebs, sign up to our daily newsletter here.