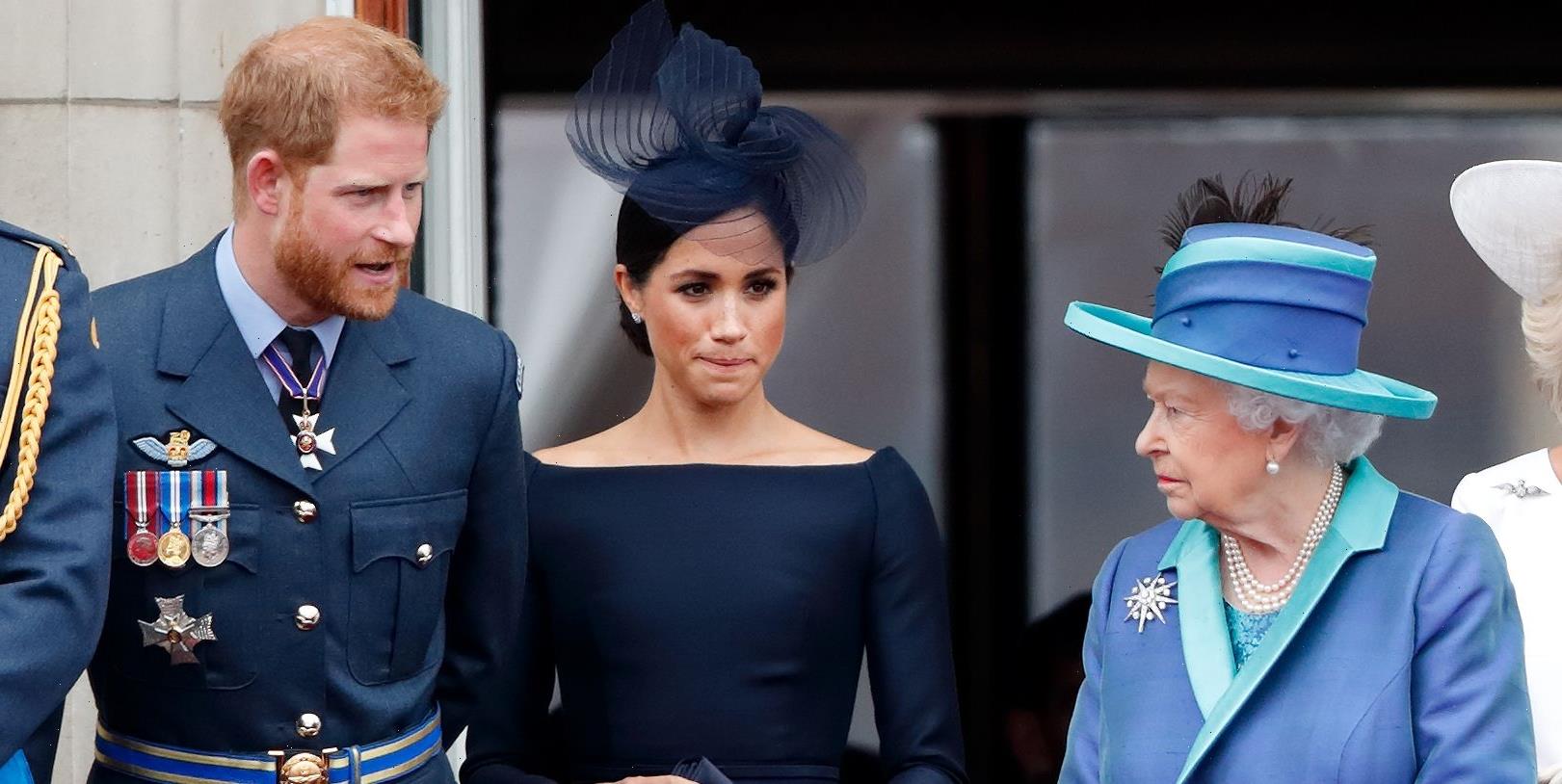 Next month, officially *not* working royals Prince Harry and Meghan Markle plan to return to the United Kingdom for a slate of appearances that sure feel a lot like royal engagements. Harry and Meghan’s plans, ICYMI, revolve around work with some of their favorite U.K.-based charities.

“Prince Harry and Meghan, The Duke and Duchess of Sussex are delighted to visit with several charities close to their hearts in early September,” their spokesperson explained in a statement about the upcoming trip.

*Not* likely to be on the agenda for Harry and Meghan? Meeting with Harry’s relatives, including Prince Charles and Prince William, who are reportedly “treating Harry with caution until his memoir, due out later this year, is published.”

Although an earlier piece about the trip from The Daily Beast made it seem like the Palace is feeling chill about the Sussexes’ trip, a new report suggests the drama levels are rising in royal circles, where there are at least some people who think Harry and Meghan’s planned trip goes against the Queen’s wishes regarding their post-exit behavior.

“The chutzpah of those two is unreal,” a former Buckingham Palace staffer told The Daily Beast. “Their proposal for being hybrid working royals was comprehensively rejected [at the Sandringham Summit], but it looks like they are just going ahead and doing it anyway.”

Royal expert and biographer Duncan Larcombe explained why a trip dedicated to Harry and Meghan supporting their fave charities could rub royals the wrong way, telling the outlet:

When Harry and Meghan decided to step back from their roles as full-time working royals, they made it clear that they still wanted to do work for the royal family on a part-time basis, but the Queen shot the idea down, basically taking the position that trying to balance private pursuits and royal work was just too messy.

“The preference of The Duke and Duchess of Sussex was to continue to represent and support Her Majesty The Queen albeit in a more limited capacity,” Harry and Meghan explained in their spring 2020 transition plan outlined on the Sussex Royal website.

So, basically, there are at least some royal insiders and experts who see Harry and Meghan’s planned slate of charitable engagements as an attempt by the couple to effectively “continue to represent and support the Queen in a more limited capacity” even though the Queen rejected the idea very publicly.

“Following conversations with The Duke, The Queen has written confirming that in stepping away from the work of The Royal Family it is not possible to continue with the responsibilities and duties that come with a life of public service,” Buckingham Palace explained in a statement when Harry and Meghan’s royal exit became permanent in February 2021.

And this is how volunteer work with charities and good causes is officially part of the Royal Drama Narrative™.