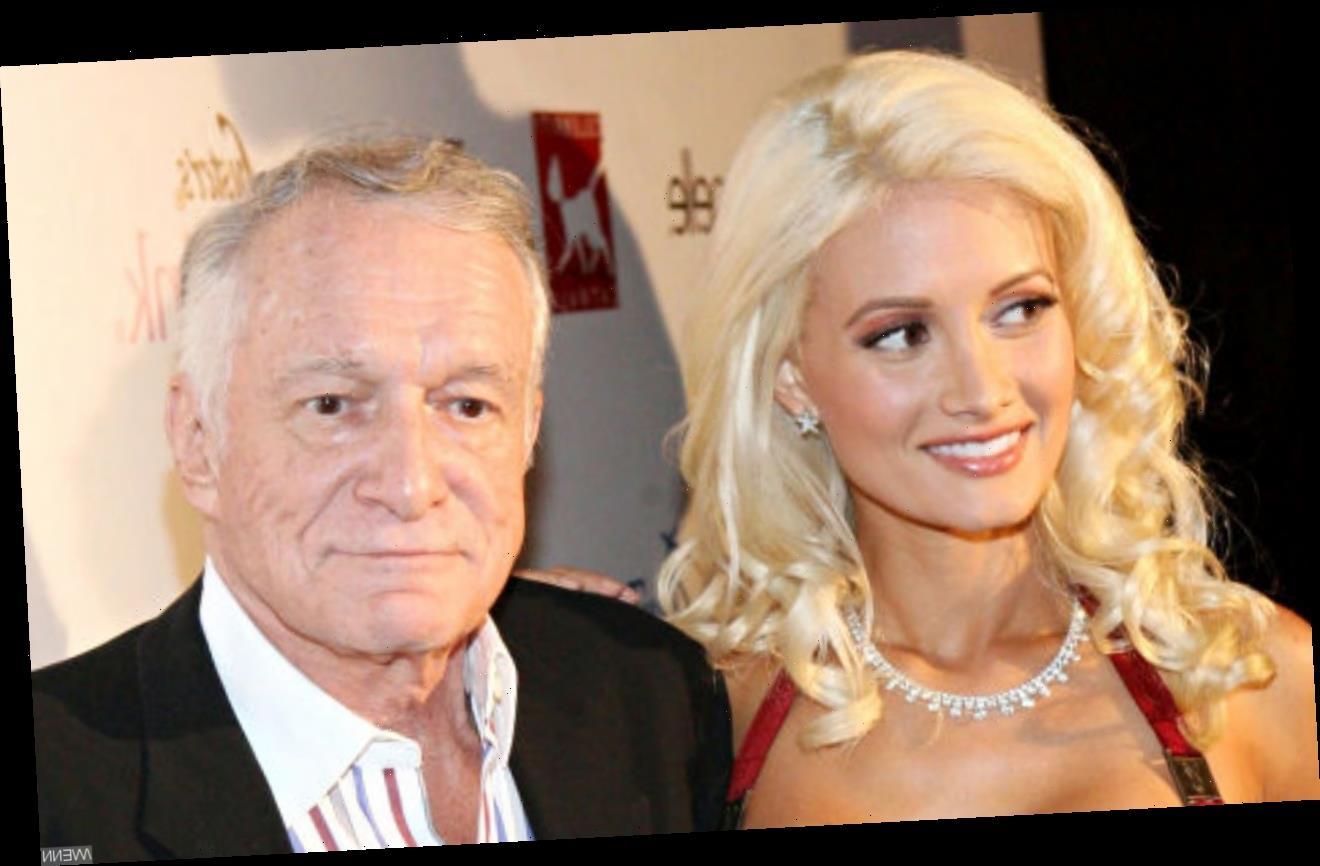 In a new podcast interview, the former ‘The Girls Next Door’ star gets candid about her sex life with the late Playboy founder as well as the real story behind her leaving the mansion.

AceShowbiz –Holly Madison is grateful she never got pregnant with Hugh Hefner during her time in the Playboy Mansion. When spilling details about her sex life with the late Playboy founder, the former “The Girls Next Door” star admitted that her late ex was “just too old” to have a child with.

In the Wednesday, April 7 episode of “Call Her Daddy” podcast, the 41-year-old was asked about her attempt to have a child with the adult magazine mogul. “I knew it was because of him. I was healthy. He was just too old,” she said in response. “Thank god [it didn’t happen].”

“When I had first gotten into that situation and something happened in my mind that first night I had sex where I felt like, ‘Ok I did that. I like breached my own boundaries and I wasn’t comfortable with it. Now I have to make this situation into something,’ ” she went on to explain. “I almost locked myself into this box.”

On why she tried to get pregnant in the first place, the author of “Down the Rabbit Hole” reasoned, “I thought this is my last stop, if I want to have kids, I’m going to try. I was like, okay, if I’m not going to have kids here, this is something I need to think about. This is like a death sentence.”

Elsewhere in the interview, Holly revealed what she had to do to be able to move into the mansion. “I had to sleep with him first,” she confessed, “I’m not trying to slut-shame anybody or anything, but nobody ever got asked to move in unless they had slept with him.”

Despite feeling suicidal at times in the mansion, the former Playmate also admitted she felt guilty about leaving. “I made a commitment to be with him and we talked about being together for the rest of his life. I felt a little guilty about leaving,” she told host Alex Cooper.

“But when I realized I wasn’t going to be able to have kids with him, that was a big thing … and my depression was coming back and [Hef] would go and ask [Bridget Marquardt] why I was depressed and he wouldn’t ask me,” she recalled. “It was just really weird.”

“As everybody was leaving, I started to realize it’s just me and Hef, he started lashing out at me more. I don’t know if he was just stressed,” she added. “I know things weren’t so great financially for him, maybe he had some stress, or didn’t have the games of pitting the three of us against each other anymore. He started lashing out for really stupid things and I just realized I can’t be here. This guy is an a**hole, I can’t stay here.”