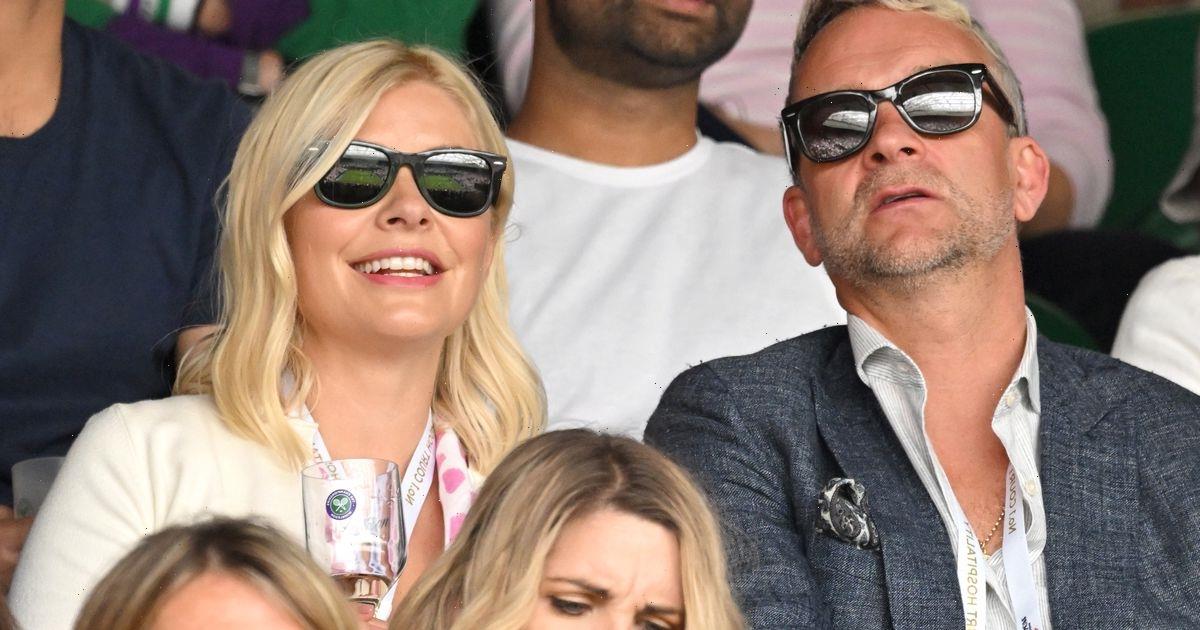 Holly Willoughby has been spotted enjoying day one of Wimbledon in a rare public appearance with her husband, Dan Baldwin.

The pair could be seen enjoying the tennis together as The Championships got underway and saw both Andy Murray and Novak Djokovic progress to the second round.

At one point, the pair were joined by Holly's This Morning co-host, Phillip Schofield, who also attended with his estranged wife, Stephanie.

In photos from the day, Holly, 41, could be seen watching on at centre court with Dan, before later being seen laughing with Phillip as the day progressed.

The TV presenter then styled the look with a cream-coloured light cardigan, nude-coloured heels and sunglasses, perfecting her summery look.

Meanwhile Dan could be seen in a grey suit, combined with a casual open-collared shirt and a patterned handkerchief in the suit pocket. Holly also posed for photos with her This Morning co-host, Phillip, 60, who wore a navy suit jacket, darker navy shirt, and black trousers.

The pair beamed in the photo, and could be later seen giggling together in the stands at centre court while Holly drank a glass of wine.

While Phillip and Stephanie split two years ago after the This Morning presenter came out as gay, Phillip has kept an incredibly close relationship with his former partner and their two daughters – with the pair seen laughing together and enjoying their day.

They weren't the only famous faces to attend the annual sporting event as it got underway on Monday, with everyone from pop icon Sir Cliff Richard to tennis star Emma Raducanu and Britain's Got Talent host, Amanda Holden in attendance.

51 year old Amanda looked stunning as in a short white minidress and Perspex court shoes as she posed alongside her eldest daughter, Lexie.

Also in attendance from the TV world was comedian Joel Dommett and his wife Hannah Cooper, Stacey Dooley and The Only Way is Essex star Pete Wicks.

Former JLS band member Marvin Humes, 37, and his wife, TV presenter Rochelle, 33, made for a striking couple, with Rochelle rocking a daring cut-out dress with a tuxedo blazer slung over her shoulders.

She completed the look with strappy black heels and a black Chanel handbag.

Marvin opted for a sage green suit which he teamed with a white t-shirt and bright white trainers.

19 year old tennis sensation Emma Raducanu could also be seen at the venue, ahead of her match today against Alison Van Uytvanck from Belgium.