“This was the planets aligning,” says House of the Dragon co-creator Ryan J. Condal about teaming with Game of Thrones EP and director Miguel Sapochnik on the new George R.R. Martin HBO spinoff series. Condal and Sapochnik had previously developed a number of projects together before House of the Dragon.

You can listen to our intriguing conversation with the House of the Dragon EPs here:

Condal got to know Martin nine years ago when he was shooting his NBC supernatural western pilot The Sixth Gun in the author’s backyard of Santa Fe, NM. He told his agents he was taking Martin to dinner in what he says was “light fan-stalking” and to “pick his brain.” At the time, Martin didn’t have Fire & Blood, the Targaryen history book, under his belt; that tome the source material for House of the Dragon. The series is set 200 years before the events of GOT following the rise and ultimate fall of Daenerys Targaryen’s ancestors when they had a lot of money and lot of fire power. 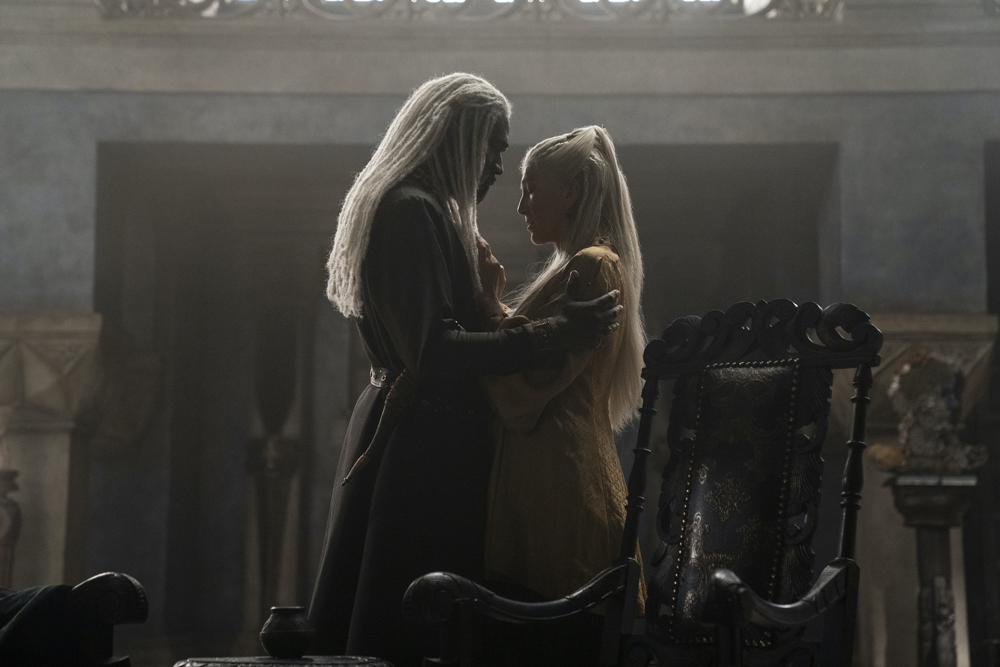 “When it came round when HBO was looking for spinoff writers, and trying a lot of things, George wanted someone who knew his books really well,” adds Condal about getting the job.

While HBO had a number of GOT spinoffs in the works, Sapochnik says “we were very lucky” as the pay cabler committed to the duo’s version speedily, ordering a series off the pilot script.

“HBO was looking for anything but Game of Thrones,” adds Sapochnik about how the guys’ differentiated their vision of House of the Dragon.

On adapting the dense Fire & Blood, Condal adds “it’s written from different points of views…and presents a big chance for a lot of invention.”

House of the Dragon happens on HBO and HBO Max on Aug. 21.