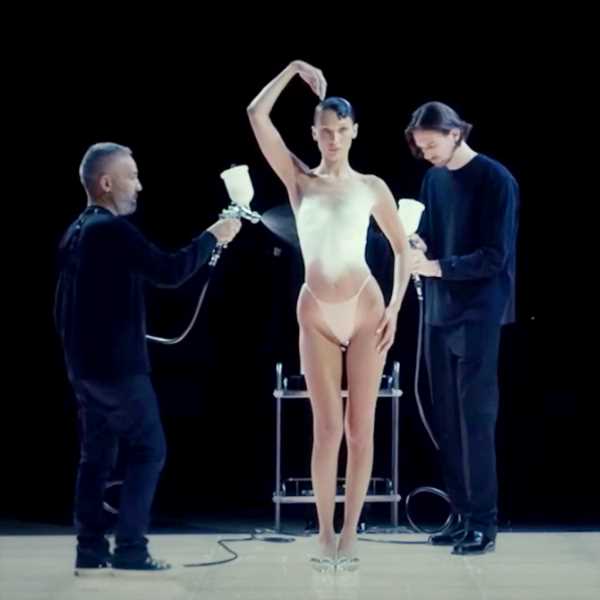 With the fashion world blurring the lines between innovation, technology and reality, shopping is all set to be revolutionised.

The fashion industry has always been ahead of the curve when it comes to innovation.

But what happened earlier this month at the Paris Fashion Week took innovation to the next level.

At the close of the Coperni show at the Paris Fashion Week, two men spray-painted a body-hugging dress on model Bella Hadid.

The brainchild of Sébastien Meyer and Arnaud Vaillant, Coperni, a Parisian label, made headlines after it showcased its spray-on dress.

The material used to create the dress was developed by spray-on fabric technology company, Fabrican.

The fabric is a liquid made up of natural and synthetic fibres, such as wool and mohair, cotton, nylon and cellulose, depending on the desired feel, suspended in a polymer solution.

This is then sprayed on to form a non-woven fabric.

In the case of Hadid’s dress, the material is said to have a suede-like texture and is strong enough to be washed and re-worn.

Clearly, with the fashion world blurring the lines between innovation, technology and reality, shopping is all set to be revolutionised. 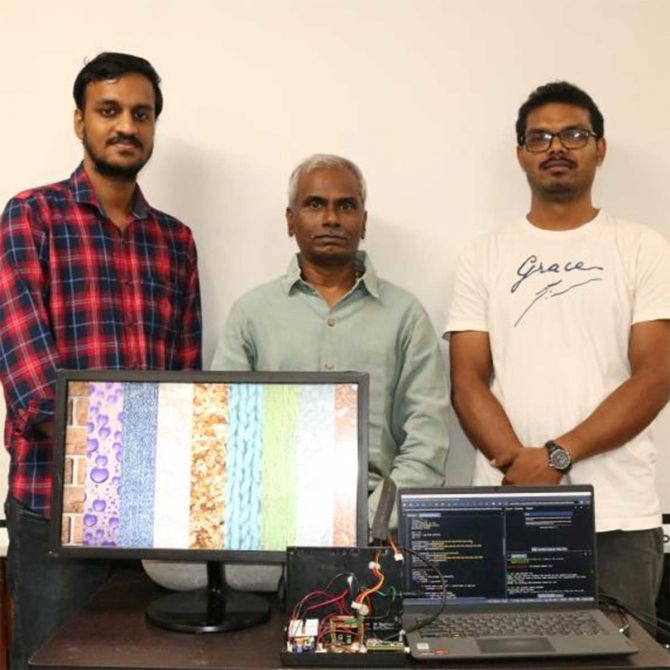 Efforts to that end are on in India as well.

E-commerce giants Flipkart and Amazon have also forayed into the metaverse to give users a much more immersive digital experience.

Touch Lab, also known as the Haptics Lab, at IIT-Madras, has developed a touchscreen display through which a user can feel the textures as their finger moves across the images on the touch surface.

Software algorithms developed by the researchers can detect small edges in any image, to create appropriate friction on the display.

As an in-built multi-touch sensor detects the movement of the finger, the software adjusts surface friction on the screen.

Through this software, researchers can create different textures, such as crisp edges, switches, and rich textures that range from smooth to gritty.

By controlling electric fields via a physical phenomenon known as electro-adhesion, the software modulates friction locally as fingers travel across a smooth plane.

“We have added another layer to the display, using a material that enables electrostatic friction to create the feel of texture shown on the screen,” says M Manivannan, head of the centre for virtual reality and haptics at IIT-Madras.

“But this is one half of our solution; our advanced software algorithm does the other 50 per cent of the work,” adds Manivannan.

There is no need to develop any special input device to capture the shape and texture of the object, Manivannan explains, as images clicked with a simple smartphone camera can be analysed to simulate the texture on the screen.

The touchscreen display solution does not need additional processors — the sensors in the display of smartphones, laptops, and computers can process the image.

The requirement of voltage and electric current for simulating the texture is minimal, which also makes it safer, says Manivannan.

“The new layer added to the display was primarily developed to help visually challenged people visualise the image by touching the screen. But while we were working on it, we found that its use-case for e-commerce has high potential,” he adds.

IIT-Madras has patented the technology, while Merkel Haptics, a start-up incubated at the IIT-Madras Research Park, will work on the prototype to make it a consumer product.

The start-up will also collaborate with original equipment manufacturers to produce it on a large scale. e-tail push into the metaverse

Meanwhile, India’s homegrown e-commerce platform Flipkart has launched its own metaverse shopping experience, Flipverse, which allows consumers to discover products in a ‘photorealistic virtual destination’ and shop on the Flipkart App.

Flipkart claims that Flipverse offers consumers gamifyed, interactive and immersive shopping experiences in a digital world by giving them access to their favourite brands, Supercoins and digital collectibles.

“We are committed to the growth of the e-commerce ecosystem in India and Web 3.0 leverages the best of latest technology like blockchain for real world use-cases that can digitally transform businesses like ours,” says Naren Ravula, vice-president and head of product strategy and deployment at Flipkart Labs.

“With the launch of Flipverse, consumers can discover products in a photorealistic virtual destination and shop on the Flipkart app. Users can also personalise their digital identity by opting for a metaverse-ready avatar,” adds Ravula.

“Phase one of Flipverse is an Android-only experience,” he adds. “Our aim is to have millions of users experience Flipverse and improve their shopping experiences in a virtual and immersive setting. We are eager to explore the rollout of Flipverse in full scale.”

Amazon, too, launched its metaverse offering, Amazon Metaworld, in five cities. According to Amazon, customers in Kanpur, Bangalore, Hyderabad, Nagpur and Chandigarh can walk into physical experience centres and create their own virtual avatar, put on a VR headset, compete with others, collect points, win goodies and meet social media influencers.

“The #Amazonmetaworld will give customers an entry into the Amazon universe, a virtual destination that will let you experience your favourite Amazon categories,” says Noor Patel, vice-president, Amazon India.

“We are bringing our vast selection and offers to an immersive offline space where customers can play games, become a musician, collect coupons and meet their favourite influencers.”